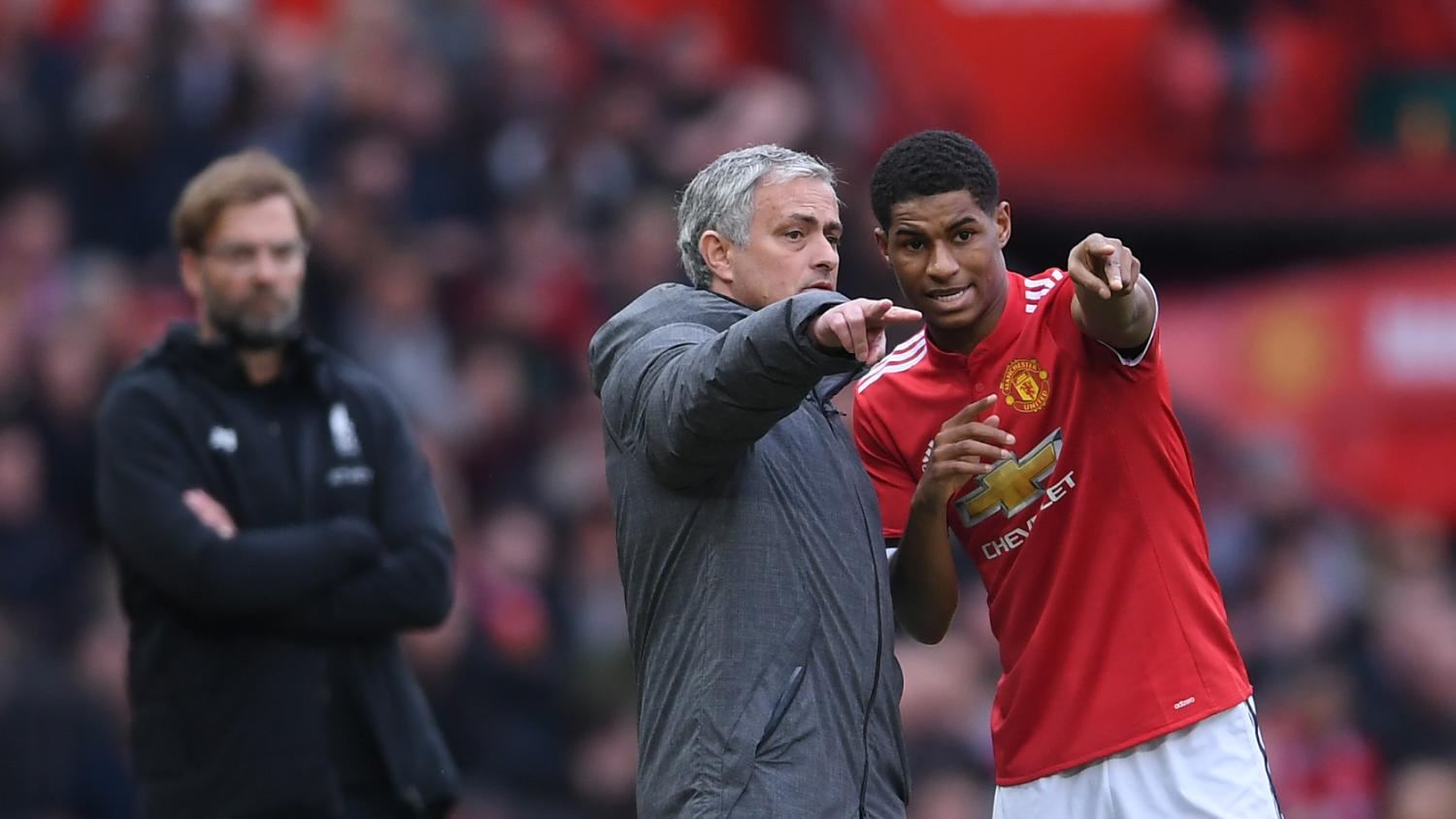 Rashford's comments follow some debate over how many penalties his team are awarded, with Liverpool manager Juergen Klopp saying United had more spot kicks in two years than he had in 5-1/2 at Liverpool.

Rashford said he had been denied several penalty claims while working under Mourinho and that the Portuguese had told him he had to become more aware in the box.

"Jose said, 'If you're not savvy about the way you do it, then you are not going to get given it'," Rashford told reporters at the Football Writers' Association 2021 Tribute Award on Thursday.

Mourinho left United in 2018 and since Ole Gunnar Solskjaer's first league match in December of that year they have been awarded 27 Premier League penalties — more than any other team, according to Sky Sports.

"As a forward line, we want to go and score goals," he added.

"There is no way you are going to let somebody take the ball off you, so for me it is just a case of us wanting to score goals and the teams wanting to defend goals — and you know, penalties can happen."

United are top of the Premier League table, three points clear of reigning champions Liverpool with the clubs set to meet at Anfield on Sunday.

(Reporting by Hardik Vyas in Bengaluru; Editing by Peter Rutherford)