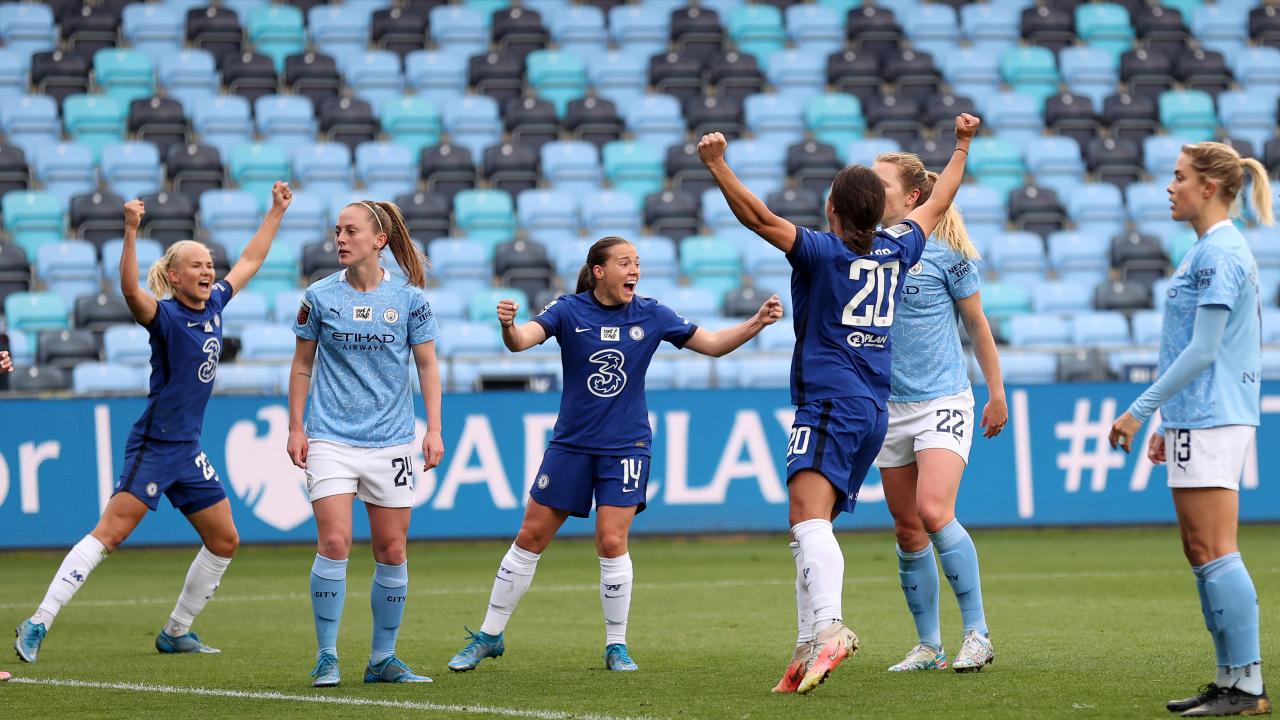 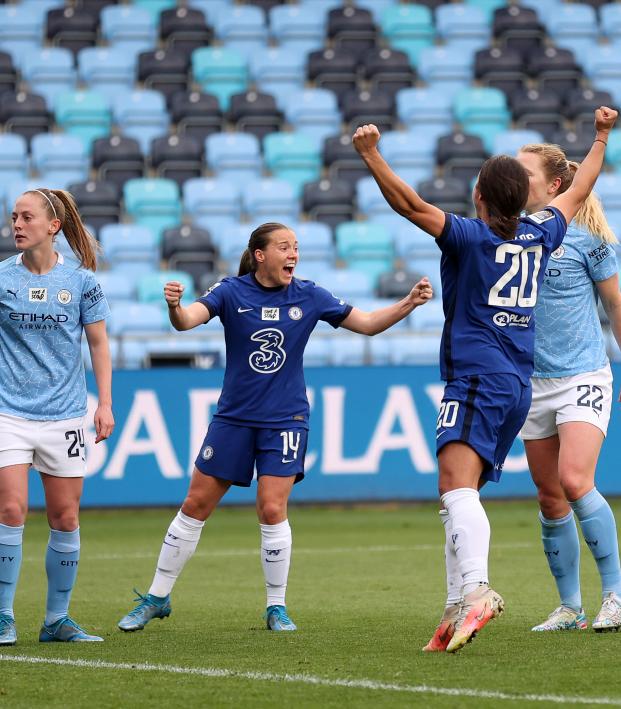 Chelsea all but clinched the FA Women’s Super League crown by holding off Manchester City for a 2-2 draw on Wednesday. Sam Kerr scored and drew a penalty converted by Pernille Harder as the Blues maintained their two-point margin atop the league with two games to play — despite two costly mistakes at the back.

Manchester City went into the day knowing it absolutely had to win if it wanted any realistic chance at claiming the league title. A win would have put the Citizens a point ahead of Chelsea; instead the Blues maintained their two-point lead with two games left, a seemingly insurmountable lead considering Wednesday was just the fourth match in which Chelsea dropped points.

Chelsea, which plays Bayern Munich in the Champions League semifinals starting on Sunday, can clinch the title with wins over Tottenham and Reading in its final two games. Man City closes the season needing to beat Birmingham City and West Ham while hoping Chelsea drops points.

How things stand in the #BarclaysFAWSL pic.twitter.com/01bUEaiy3I

On Wednesday, the Emma Hayes’ side oscillated from impressive performance by champions-elect to shocking defensive miscues. Any team with Kerr, currently leading the WSL with 18 goals after her strike against City, is always going to score, but denying the Citizens was a struggle when making some elementary school defensive errors.

The first goal came a bit against the run of play. Though City controlled more possession early, it was Chelsea that struck in the 25th minute, Kerr finding a modicum of space to head in off a corner.

The @ChelseaFCW forward heads a powerful effort past Roebuck in the City net!#MCICHE #BarclaysFAWSL pic.twitter.com/IDzn4yDJ1v

City got right back in it moments later when Millie Bright’s lazy defending allowed Chloe Kelly to sweep home a cross from Lauren Hemp. It was a sign of things to come from the English defender.

Chelsea quickly regained the lead after USWNT teammates Abby Dahlkemper and Sam Mewis combined on a bad turnover that Kerr took the other way to draw a penalty. Kerr dribbled half the length of the pitch before City keeper Ellie Roebuck tripped her in the box. Pernille Harder converted the penalty with aplomb.

Rose Lavelle was introduced in the 64th minute to try to get City back into the match, though she was only on the field for about 10 minutes with Mewis, who was replaced by Georgia Stanway in the 75th minute.

But it was Hemp, who was superb throughout, who found the equalizer, thanks to a calamity of errors at the back from Chelsea. The goal started with a bad giveaway from Fran Kirby and ended with Bright whiffing on an attempted clearance, allowing Hemp to score with 16 minutes left on the clock.

No mistake in front of goal from Hemp who powers the ball into the Chelsea net! #MCICHE #BarclaysFAWSL pic.twitter.com/v6XrewMgke

Manchester City knew it needed the win more than Chelsea and pushed hard for an equalizer. Ann-Katrin Berger made the save of the season in the 79th minute to deny a header from Hemp, and both Hemp and Bronze headed wide to squander chances at late winners.

The match ended with Roebuck preventing Kerr on a one-on-one opportunity seconds before the final whistle, as Chelsea celebrated maintaining the status quo.

The WSL attention now turns to the race for the third-and-final Champions League berth. Arsenal and Manchester United are currently both on 38 points, but the Gunners have a match in hand and far superior goal difference (43-18). With Tobin Heath ruled out for the rest of the season with a new injury, Vivianne Miedema and Co. are the favorites to return to Europe.