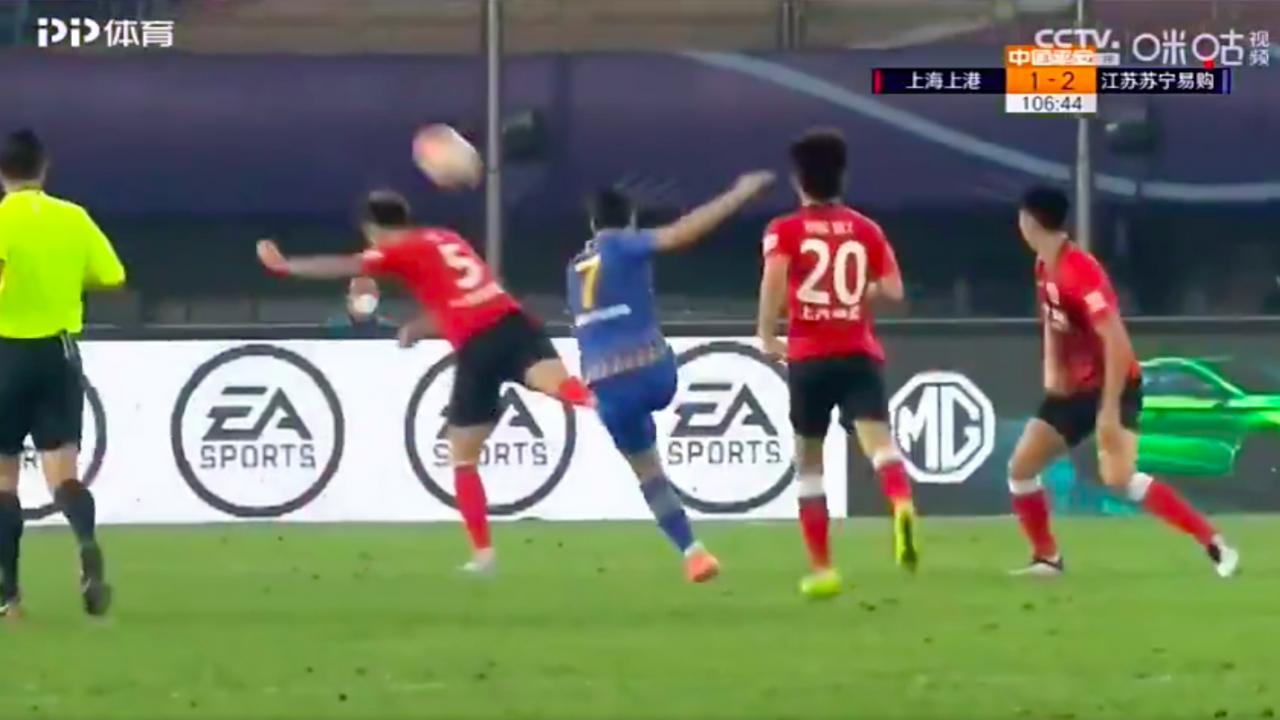 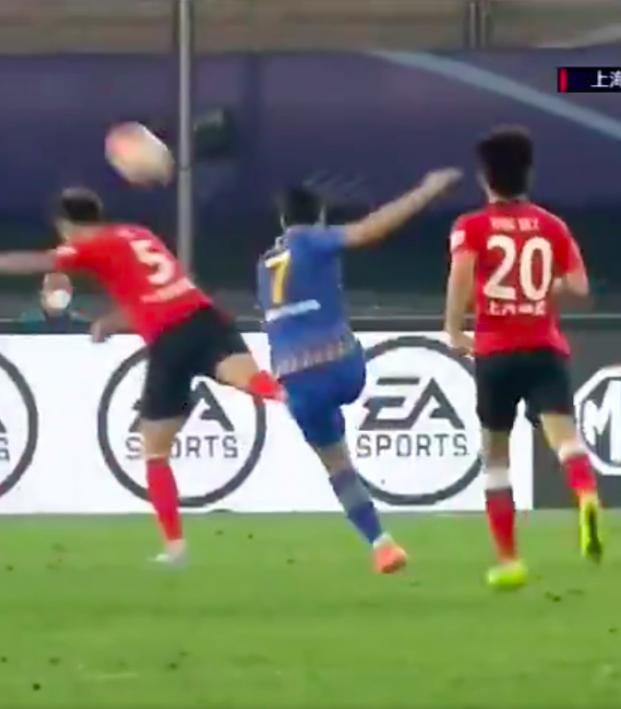 Reuters November 2, 2020
Jiangsu upset Shanghai SIPG for the right to play Guangzhou in the showpiece.

Luo Jing’s stunning long-range strike two minutes into the second period of extra time earned Cosmin Olaroiu’s side victory on the night and a 3-2 aggregate win to take Jiangsu into the showpiece against Guangzhou over two legs on Nov. 8 and 12.

Joined Jiangsu in 2019 this was his first goal in CSL. pic.twitter.com/sBReXbXuUq

Having been fortunate to escape with a 1-1 draw from the first leg against Jiangsu, Vitor Pereira's 2018 champions SIPG took the lead 25 minutes into the return through Yang Shiyuan.

Shanghai’s hopes were strengthened when Jiangsu’s Abduhamit Abdugheni was sent off before the hour, only for Wu Xi to score 12 minutes from time to take the game into the extra period. Luo then stunned SIPG with a thunderous right foot effort from well outside the area to put Jiangsu on the cusp of their first Chinese Super League title.

Former Barcelona midfielder Paulinho scored twice to ensure Guangzhou, the eight-time champions, advanced to the final with a 3-1 win over Beijing Guoan after the teams had played out a scoreless draw in their first meeting.

Anderson Talisca converted a penalty six minutes before halftime to give Evergrande the lead after Zhang Yuning was judged to have brought down Fernandinho. Paulinho doubled the advantage in the 57th minute with a fine curling strike from outside the area before Zhang made amends by scoring with a close-range volley. Guangzhou held on despite increasing pressure from Beijing and Paulinho put the result beyond doubt with his second nine minutes from time.

A brace, including this beauty from Paulinho (yes, ex-Spurs/Barça Paulinho) earns Guangzhou Evergrande a place in the Chinese Super League championship final.

In the relegation playoffs, Shenzhen FC guaranteed their top-flight survival as an own goal from Shijiazhuang Ever Bright's Yang Yun 10 minutes from time earned Jordi Cruyff's side a 2-2 draw on the night and 3-2 aggregate win.

Shijiazhuang face a relegation playoff final against Wuhan Zall who lost 5-4 in a penalty shootout to Qingdao Huanghai. The losers will be demoted to China League One while the winners will face the runners-up from the second division to determine the lineup in next year’s Chinese Super League.