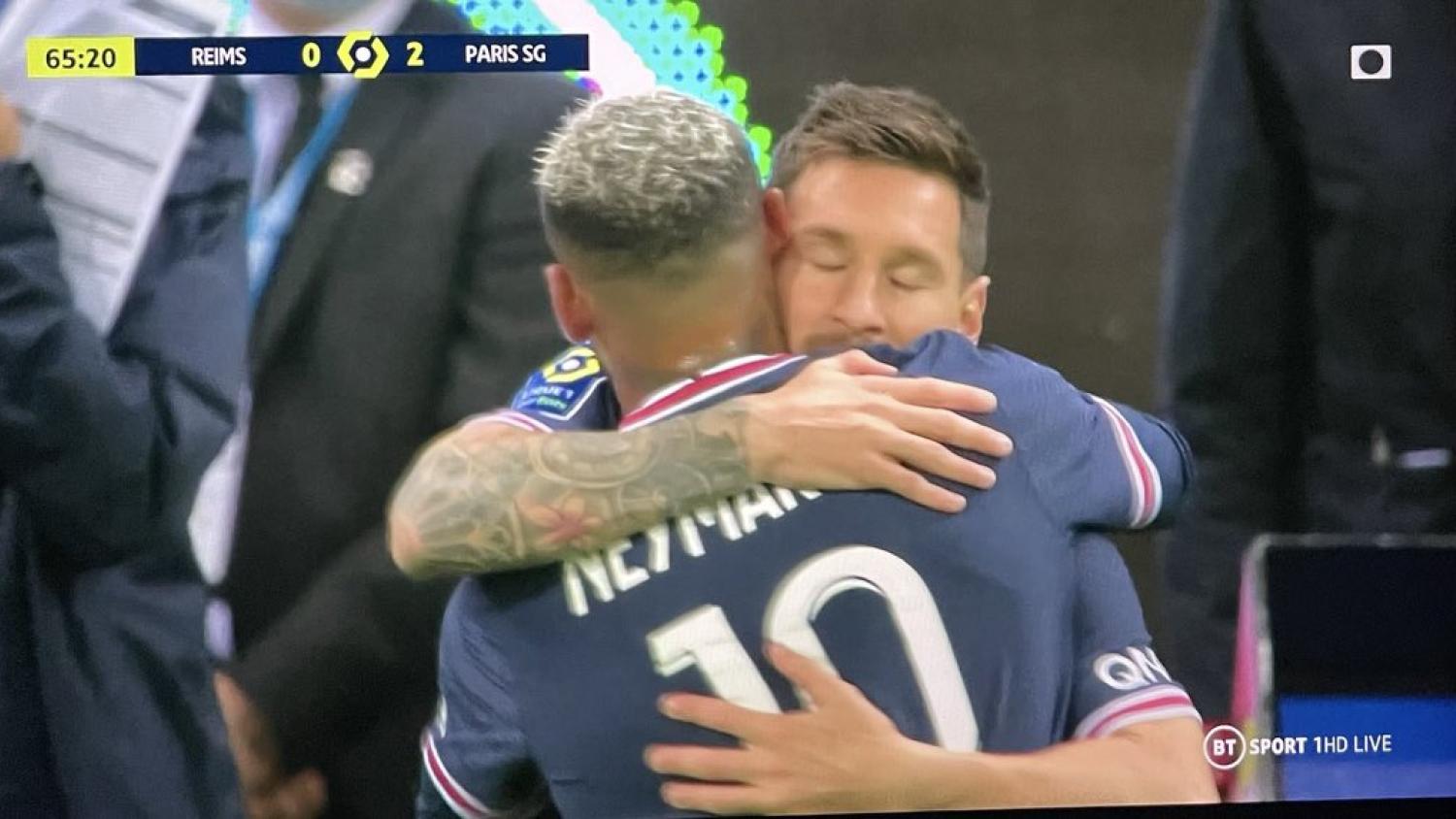 It’s not champagne football yet, but PSG’s perfect start to the season continued on Sunday with a 2-0 away win over Reims. Kylian Mbappé scored both the goals, highlighting how potentially devastating a move to Real Madrid would be at this moment, even following the arrival of Lionel Messi.

The 34-year-old made his PSG debut in the 66th minute, replacing Neymar on the Brazilian's first appearance of the season.

THIS IS IT!!! PURE HISTORY!

The score was already 2-0 at that point, and Messi finished with 25 touches and 19 of 20 passing (95%). He also put in this tackle to win possession and broke at the Reims defense, but nothing came of it.

He also drew a couple fouls.

With the eyes of the world watching, Reims did itself proud. PSG’s squad value is $1.1 billion with seven players valued over $50 million. Reims? Their entire squad is at $103 million with 25-year-old goalkeeper Predrag Rajković the highest at $9.9 million.

But the 21,029-seat Stade Auguste-Delaune — the site of the USWNT’s 13-0 World Cup beatdown of Thailand — was rocking for the visit of the Harlem Globetrotters.

Mbappé looked sharp when hitting the side-netting in the 10th minute, and then he got on the end of a beautiful Ángel Di María cross in the 16th to give PSG the lead.

If the 22-year-old has added headed goals to his arsenal, it’s over.

Reims frustrated Neymar all evening and forced some good defensive work out of Idrissa Gueye and Marquinhos, while Moreto Cassamá struck the junction of post and crossbar before Marshall Munetsi thought he’d scored an equalizer in the 51st minute. He was, however, offside upon VAR review.

Still just holding the slender one-goal advantage, Mauricio Pochettino instructed Messi to get ready. With the Argentine warming up and chants of “Messi! Messi! Messi!” coming from the crowd, Mbappé made it 2-0.

Gueye made an excellent pass to release Achraf Hakimi on the counter, and the fullback picked out the streaking Mbappé for the second.

All that was left was the small matter of the GOAT’s appearance.

It’s international break now, so Messi returns to work with Argentina against Venezuela (Sep. 2), Brazil (Sep. 5) and Bolivia (Sep. 9). PSG’s next match is Sunday, Sep. 12 against Clermont Foot at the Parc des Princes.