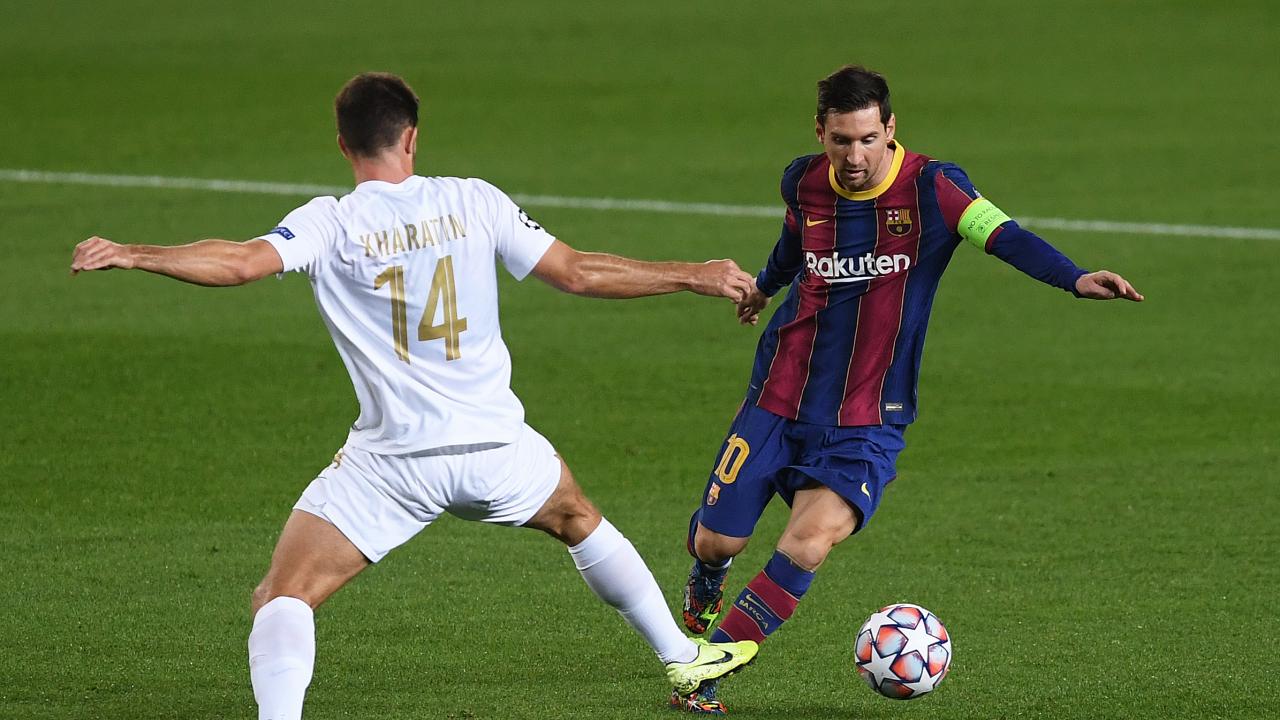 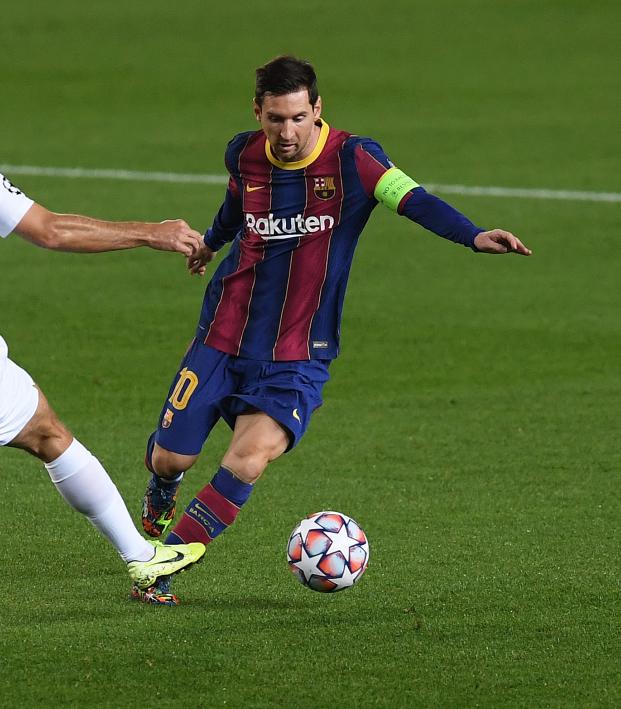 Reuters October 20, 2020
Even with Barcelona reduced to 10 men, Lionel Messi guided his team to a win over Ferencváros.

BARCELONA — Lionel Messi became the first player to score in 16 consecutive Champions League seasons as he guided 10-man Barcelona to a 5-1 victory over Hungarian side Ferencvaros in their Group G opener at the Camp Nou on Tuesday.

Messi netted from the penalty spot in the first half for his 116th career goal in the competition, before the lively Ansu Fati added a second.

Oh my MESSI @FCBarcelona are up 1-0 as Leo Messi banks it from the penalty spot. pic.twitter.com/D6uR9VfEWH

Philippe Coutinho grabbed another goal early in the second half but Barca defender Gerard Pique was dismissed for impeding Tokmac Nguen, leading to a penalty for the visitors that was converted by Igor Kharatin.

What a finish! Philippe Coutinho comes up clutch for @FCBarcelona  pic.twitter.com/OAq7aferMV

Any thoughts of a dramatic comeback were quashed though as 17-year-old Pedri netted his first Barca goal after arriving from second-tier Las Palmas at the start of the season, and Ousmane Dembele added the fifth late on.

The Catalan side move above Juventus on goal difference at the top of the table after the Italian champions won 2-0 away at Dynamo Kyiv earlier on Tuesday. The pair meet in Turin on Oct. 28.

Ferencvaros are in the group stages for the first time in 25 years and had their moments. Pacey striker Nguen produced a mazy run and fine finish, but his effort was correctly ruled offside, while Brazilian midfielder Isael struck the angle of post and crossbar with a fierce drive.

Messi handed his side the lead after he both won and converted a penalty, bringing up another milestone in his career.

Former Manchester United winger Ryan Giggs is the only other player to net in 16 Champions League seasons, though the run was not consecutive.

Fati then beat the offside trap from Frenkie de Jong's lobbed pass and steered the ball into the net on the volley, before Coutinho profited from intricate build-up play by Messi and Fati to score.

Ferencvaros, however, created what looked like being a nervous final 20 minutes as Pique could not handle the pace of Nguen and hauled the striker back in the box, seeing red for his indiscretion as Kharatin easily converted the spot-kick.

But late goals from substitutes Pedri and Dembele against the tiring visitors sealed a satisfactory night for Koeman.