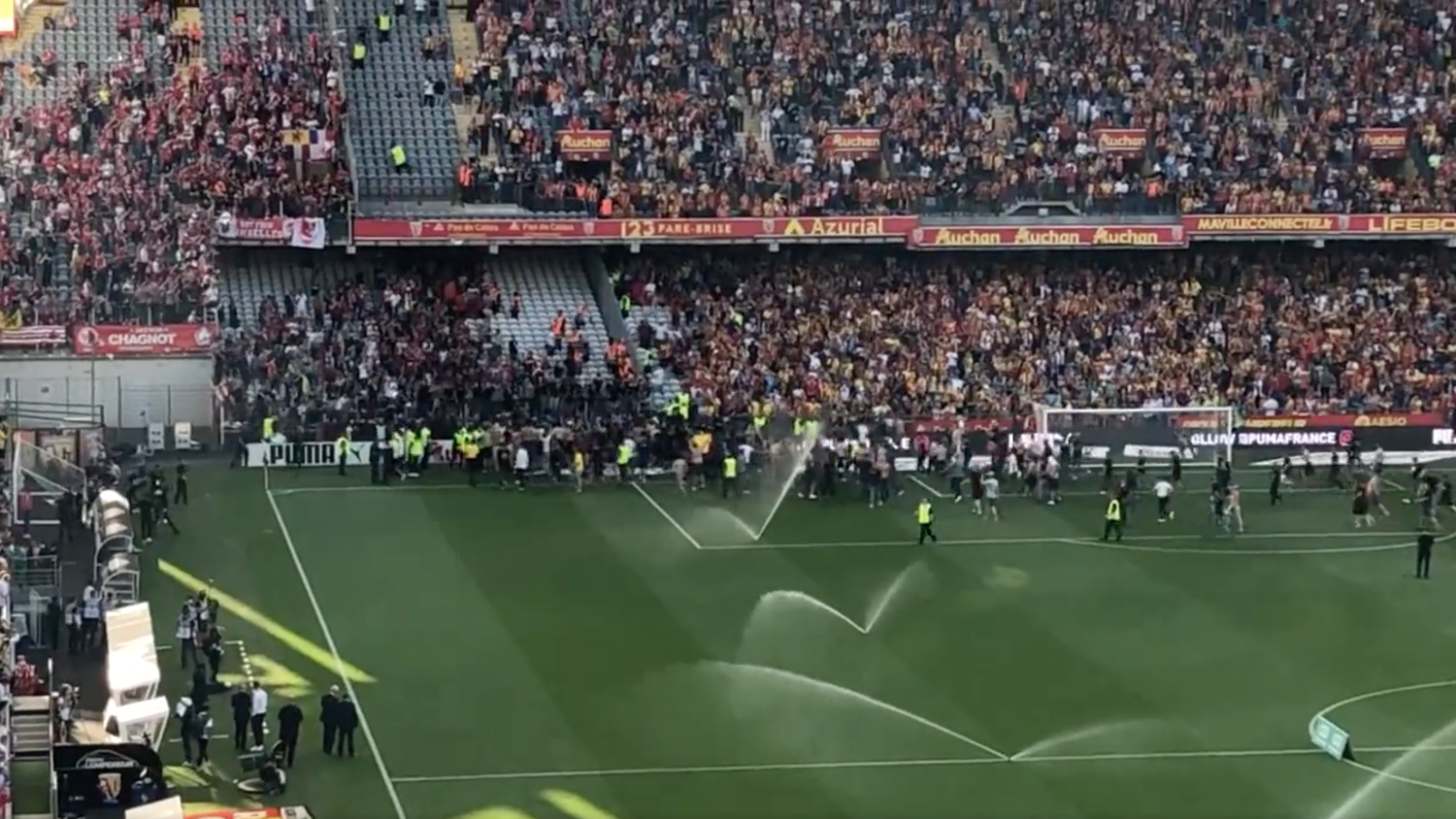 The second half was delayed 30 minutes because of the invasion.
@GFFN | Twitter

LENS, France — A second-half goal from Przemyslaw Frankowski earned RC Lens their first victory over Lille in 15 years as they moved up to provisional second place in Ligue 1 with a 1-0 win after a derby marred by crowd trouble on Saturday.

Frankowski's strike ended a 12-game winless streak for Lens against the French champions, who had beaten them 4-0 and 3-0 last season.

The result put the "Sang et Or" (Blood and Gold) on 12 points from six games, three behind Paris St Germain, who will play their match in hand at home against Olympique Lyonnais on Sunday.

Lille, who have only one win this season, are 13th on five points.

"We had chances but we did not convert them. We play some good games but we lacked that killer instinct," said Lille midfielder Benjamin Andre.

The second half started late following a 30-minute suspension after some Lens supporters ran onto the pitch towards Lille's corner, where a brawl erupted. Riot police and stewards intervened before the game resumed under police supervision.

RC Lens fans invaded the pitch at halftime to confront the Lille Fans!

Police officers and stewards had to escort them off the stadium #RCLLOSC pic.twitter.com/wPZz8POU56

The half-time confrontation between Lens and Lille fans - the second half has yet to get underway. (Credit: @ArthurPineau) pic.twitter.com/Jvo7H2tRFJ

Crazy scenes in Ligue 1 as Lens fans storm onto the pitch to confront Lille supporters pic.twitter.com/xEKDPjo3B1

Lens, who rejoined Ligue 1 last season after five years in Ligue 2, had dominated the first half with Gael Kakuta and Florian Sotoca testing Ivo Grbic twice in a tense contest in which Lille threatened on the break.

But both sides lacked sharpness in the area.

Lens enjoyed possession and played some neat passing football, but Lille were the most dangerous side early in the second half with Burak Yilmaz coming close with a downward header.

In the 74th minute, Kakuta found Frankowski with a slick pass, and the Poland winger beat Grbic in clinical fashion with an angled shot.

The hosts thought they had a second five minutes later, but Wesley Said's strike was cancelled following a VAR review in which Kakuta was judged to be offside.

Nevertheless Lens held firm until the final whistle, which prompted wild celebrations in the stands.

"It's an incredible feeling that we can't explain. We are so proud, we did it for the fans. Last year we lacked experience and we were without the supporters. We were too emotional," said Lens midfielder Seko Fofana.