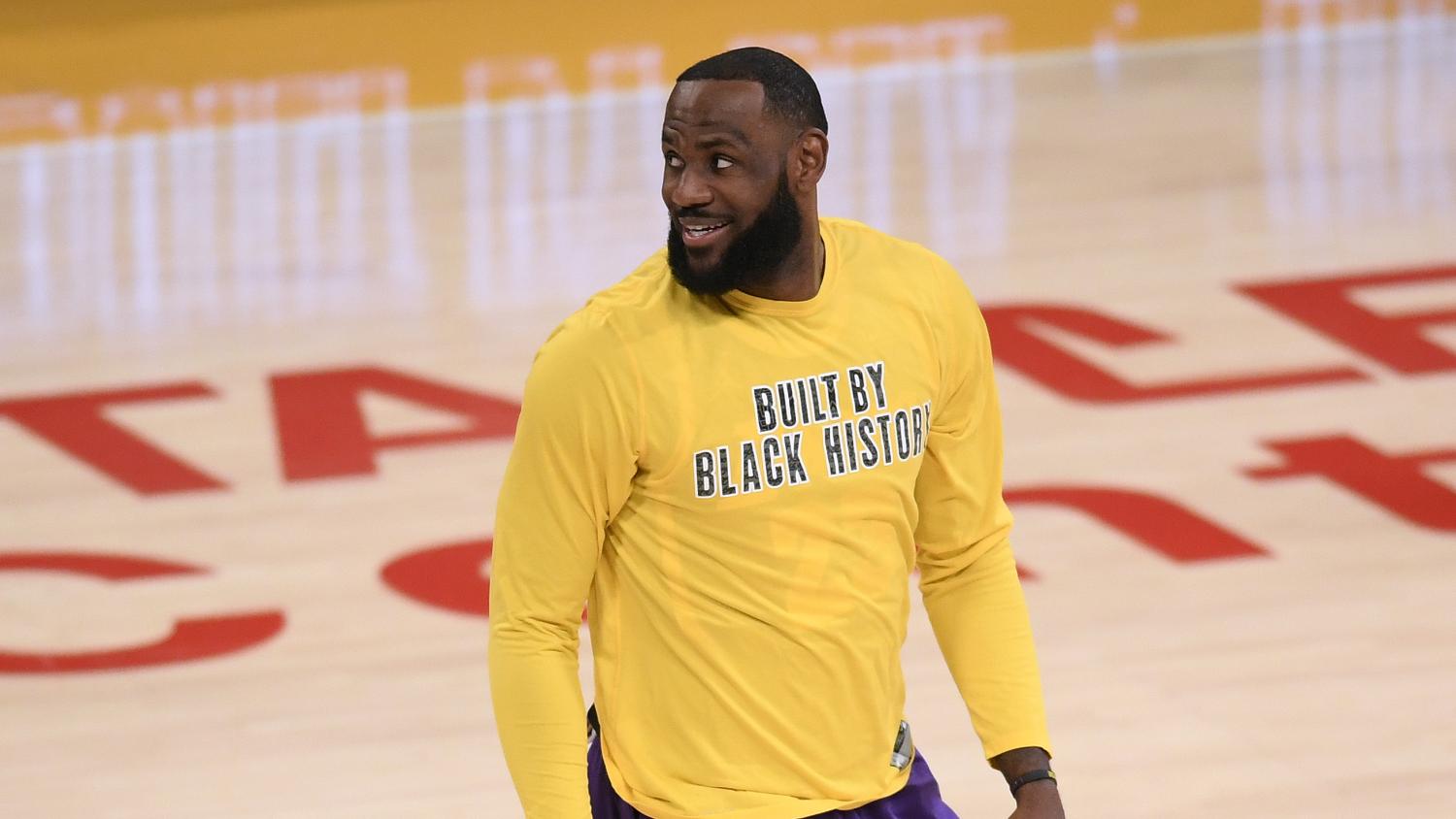 The NBA superstar called Zlatan Ibrahimović a hypocrite for his comments.
Getty Images

Shut up and dribble or dribble and raise up?

As a refresher, here’s what Zlatan said about James.

“I like him (James) a lot; he’s phenomenal, but I don’t like when people with a status speak about politics,” Ibrahimović told UEFA and Discovery+ in Sweden. “Do what you’re good at doing. I play football because I’m the best playing football; I’m no politician. If I’d been a politician, I would be doing politics. This is the first mistake famous people do when they become famous: For me it is better to avoid certain topics and do what you’re good doing, otherwise you risk doing something wrongly.”

After dropping 28 points, 11 rebounds and seven assists on the Portland Trail Blazers in a 102-93 win on Friday night, James was asked about the comments from Zlatan. The two shared the Hollywood spotlight when the footballer spent a couple seasons with the LA Galaxy, and LeBron was clearly familiar with the comments.

“I would never shut up about things that’s wrong,” James said. “I preach about my people and I preach about inequality, social justice, racism, systematic voter suppression, things that go on in our community.

“There’s no way I would ever just stick to sports because I understand how this platform, how powerful my voice is.”

LeBron responded after Zlatan Ibrahimovic criticized him for his activism.

“I’m kind of the wrong guy to actually go at because I do my homework.” pic.twitter.com/VyKgBrYuiz

LeBron went on to call Ibrahimović a hypocrite. Zlatan apparently is OK with speaking about social issues when they affect Zlatan, as when he said in 2018 he doesn’t receive the recognition he deserves in Sweden because his name isn’t Andersson or Svensson. But when LeBron fights to help others from his community suddenly that’s not OK?

“I believe in 2018 when he was back in Sweden talking about the same thing because his last name wasn’t a certain last name, he felt there was racism going on when he was out on the pitch,” James said.

While we here at The18.com usually like to side with soccer players over basketball players, there’s no way I’m with Zlatan on this one. It’s vital for athletes to use their platform to raise awareness for social issues; their voices have been proven to help bring about positive change. This is especially important when the overwhelming response from one political party to unprecedented voter turnout in the previous U.S. election has been to introduce hundreds of voter-suppression laws.

While there will always be naysayers who criticize athletes for voicing political opinions, let’s remember that most of what James advocates is for social justice, not political change. It’s not political to desire an end to racism, inequality and systemic voter suppression; it’s fighting for human rights, something we should all be behind.

Feel free to hate on LeBron for disliking your favorite politician, but don’t hate on him for trying to make life better for everyone, including people like Zlatan Ibrahimović.