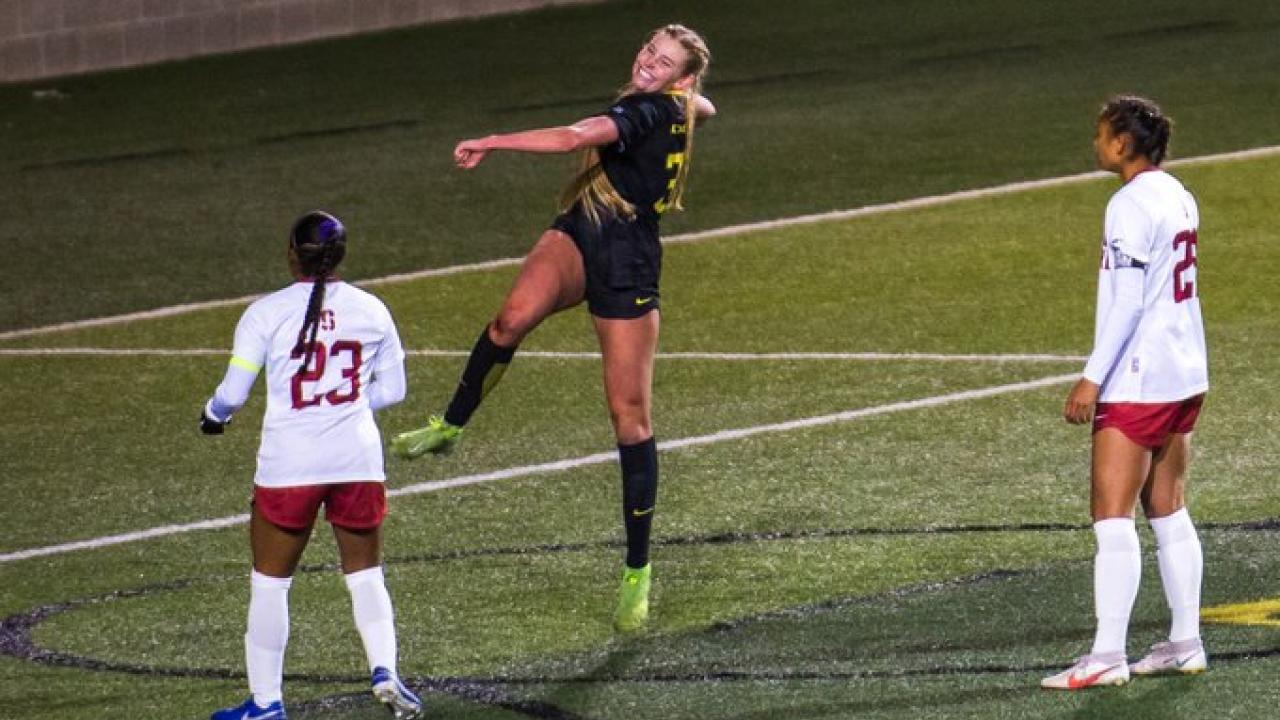 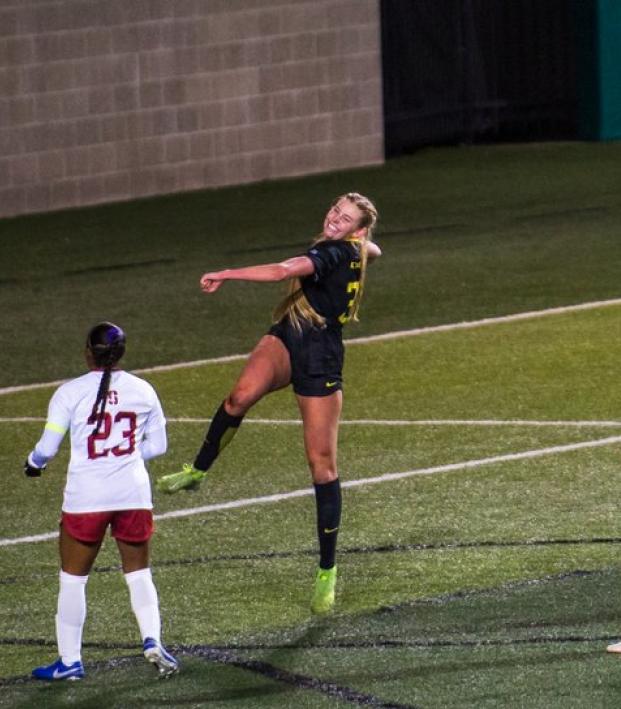 Hope Quinonez February 28, 2021
Pac-12 play has started and the Ducks are ready.

The University of Oregon started Pac-12 play on Friday against Stanford University. Stanford currently holds the NCAA College Cup and has faced Oregon annually since 1997, but until this past meeting, Oregon had never defeated Stanford, making Friday's 2-1 win over the Cardinal the first in program history.

The Ducks finished opportunities in each half while almost shutting out the defending national champ under the leadership of new coach Graeme Abel. As the underdog, Oregon knew it had to go into the game giving 110% to ensure they did not lose focus. Oregon almost held Stanford to a shutout until the Cardinal's Civana Kehlmann found the back of the net after a scramble in front of the Ducks' goal.

Despite the lone goal, this is the first time since 2016 that Stanford has lost in conference play.

ROCKET!!@truedydasco delivers a perfect cross to @chunti_erdin for the score.

GOOOOOOOAAAAAAAAAAALLLL!@jwormdahl30 chips it to @ally_cook who finds the left corner of the net.

The Ducks are on cloud nine and ready to compete and fight for more, but this upset will go down in history. It's always difficult being on top because everyone is always putting in a little extra effort to beat you, and Oregon fortunately finished its opportunities and did not take anything for granted over 90 minutes. Despite being outshot 13-5, the Ducks made every effort count and proved to be the better team for 89 minutes — until Stanford netted one.

It's great to see college soccer back in action, and what a way to kick off Pac-12 play! Everyone is hungry for a national title and can’t wait to see who comes out on top.

The Ducks' first win against Stanford is just the beginning.