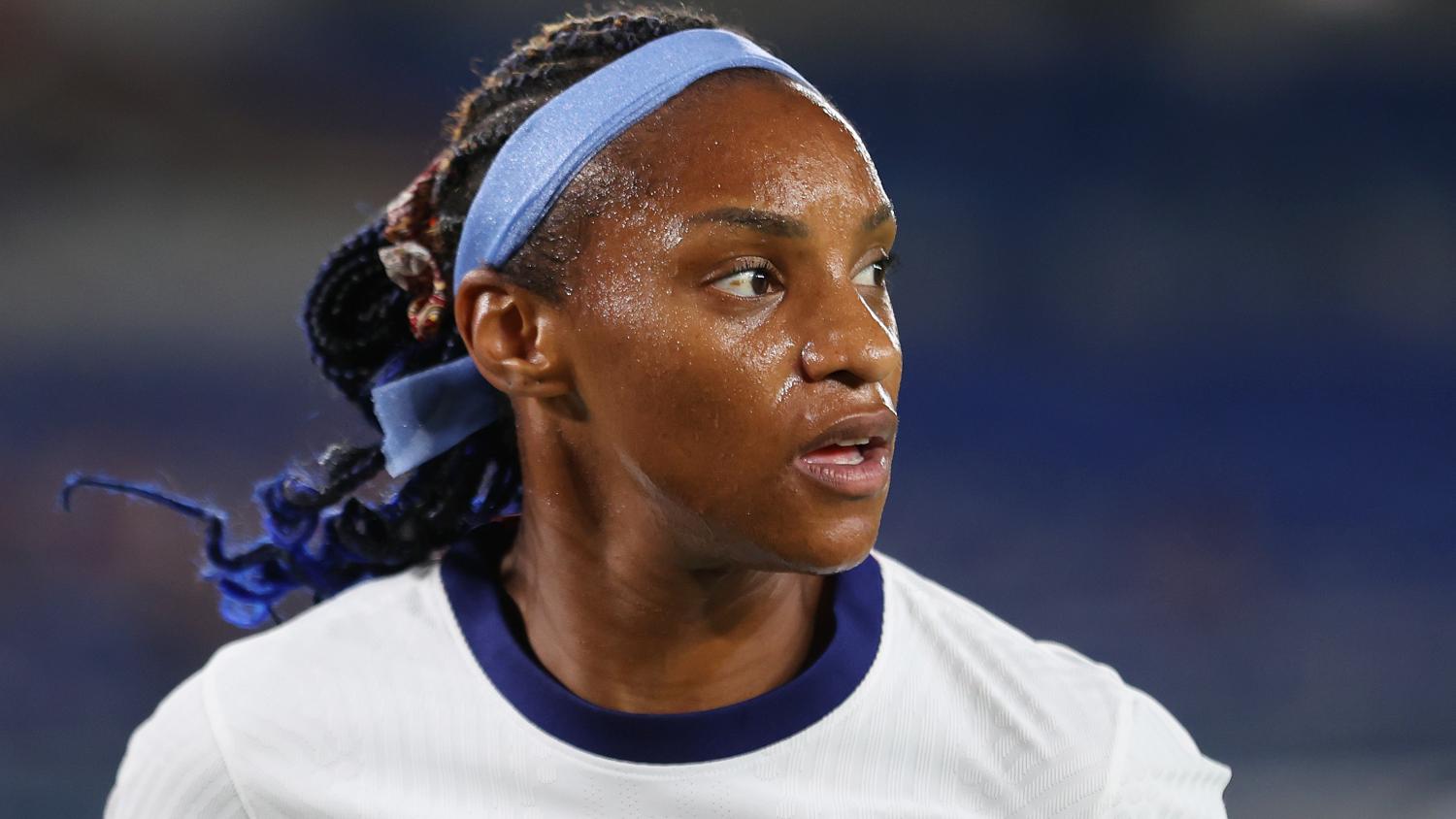 This team will play in a sold out Wembley Stadium.
Getty Images

United States women’s national team head coach Vlatko Andonovski released the 24-women roster that will travel overseas to play England and Spain in a pair of friendlies. The latest USWNT roster had several interesting inclusions like the return of Crystal Dunn and a potential senior debut for 17-year-old Alyssa Thompson.

Dunn returns to the USWNT roster for the first time since the birth of her son, Marcel, in May. She has made three appearances as a substitute for the Portland Thorns and made her return to Providence Park with her son against Racing Louisville.

The star 30-year-old was listed as a defender to the dismay of some fans. She was actually with the team for the previous international window in September but only trained and didn’t feature in the friendlies vs. Nigeria.

#USWNT in Kansas City this week with a friendly vs. Nigeria on Saturday.

The last time Dunn stepped foot on a field representing the USWNT was Sept. 16, 2021, during a friendly vs. Paraguay that the U.S. won 9-0. It will be exciting to see her long awaited return to the national team.

Forward Alex Morgan, who is currently on 198 caps, was ruled out of the trip due to a knee injury. pic.twitter.com/alE2GGuWDy

Perhaps the most iconic moment between the USWNT and England was Morgan’s tea sip celebration at the 2019 World Cup semifinal.

Alex Morgan scores her first goal since the opening game and retakes the lead in the Golden Boot race (6 goals, 3 assists)

She's the first player in #FIFAWWC history to score on her birthday pic.twitter.com/EGWBNIyaxI

When these sides met in the 2020 SheBelieves Cup Morgan missed out while she was pregnant with her daughter Charlie. The long-awaited rematch of Morgan and England will have to wait a little longer as a knee injury ruled her out of the roster. It's unclear how much time Morgan will miss.

She got the call up ☎️

A new face joins the ranks of the USWNT. Thompson played with the U.S. at the U-20 Women's World Cup in Costa Rica earlier this year where she scored a goal and added an assist.

Perhaps the most interesting thing about Thompson is where she plays. She plays with the boys’ team for Total Futbol Academy and is the only girl that plays in MLS NEXT.

For #U20WYNT forward Alyssa Thompson, playing in the @MLSNEXT system has only strengthened her game to prep for the #U20WWC pic.twitter.com/2q7jsrWL7s

The 2020 Gatorade National Girls Soccer Player of the Year has already committed to play at Stanford next year and is one to watch.

Born in 2004, she’s the youngest player to be called up for the USWNT since Sophia Smith did in April 2017.

The USWNT will play England at a sold out Wembley Stadium on Friday, Oct. 7 at 3 p.m. ET. The game is being shown on FOX.