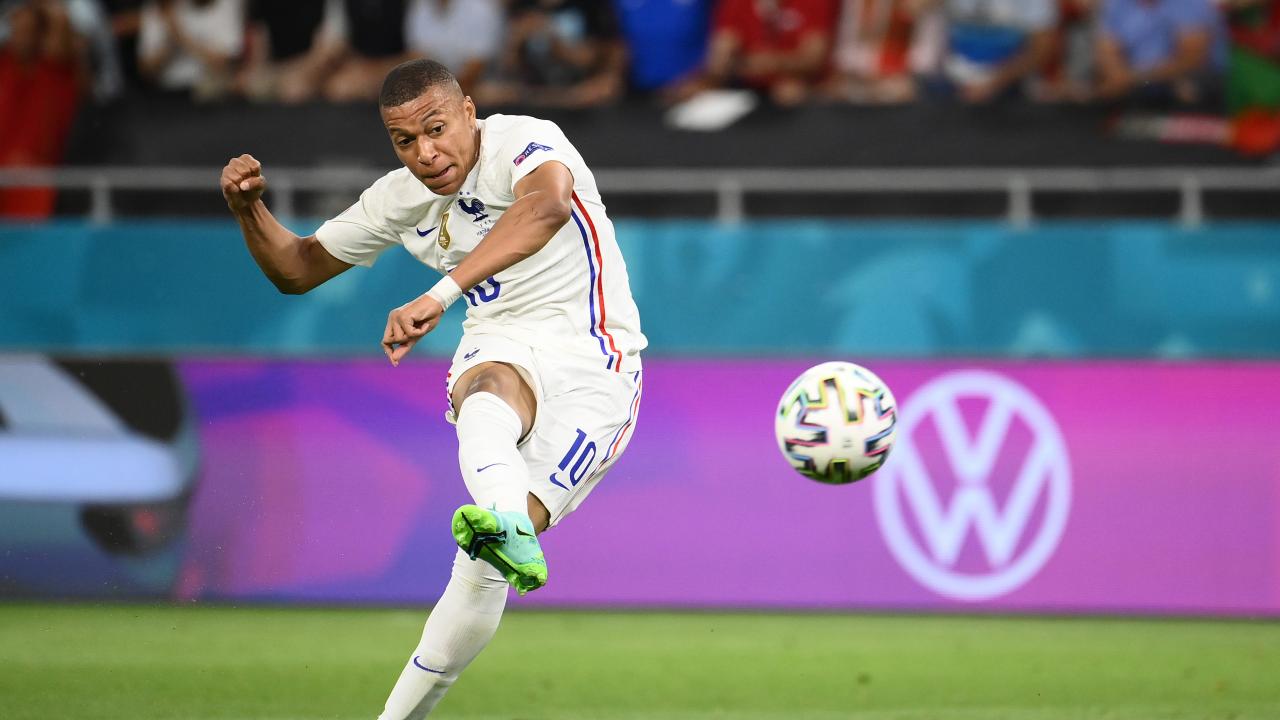 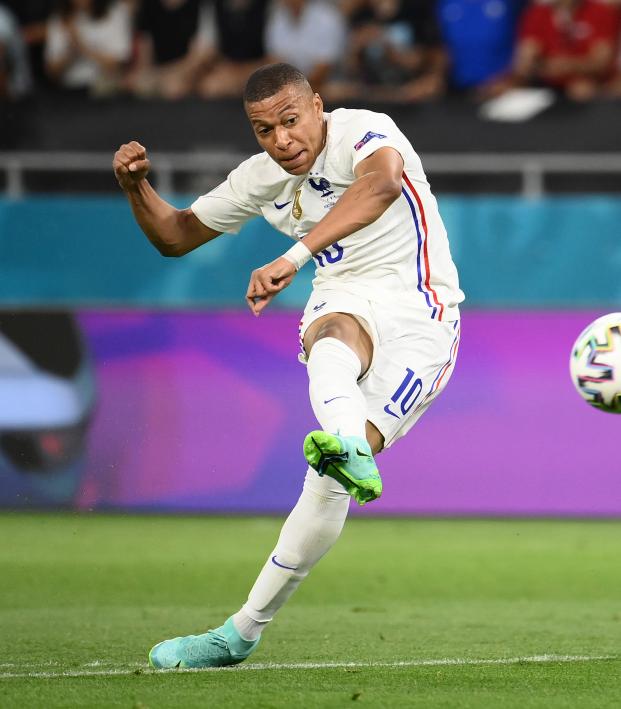 Latest Euro 2020 Odds: Competition Gets Seriously Unpredictable As We Enter Round Of 16

The European Championship is entering its knockout phase and the following is an overview of the remaining 16 teams:

Led by coach Franco Foda, Austria finished second, behind the Netherlands, in Group C with six points, following a 1-0 win over Ukraine in their final game on Monday. The team will face Italy in the last 16 on Saturday at Wembley Stadium, in London.

Austria had never previously reached the knockout phase in the European Championship, exiting in the group stage in 2008, when they were co-hosts, and in 2016 when they finished bottom of their group without a win.

The Red Devils, ranked number one in the world, ended top of Group B with 9 points, after wins against Russia, Denmark and Finland.

Striker Romelu Lukaku scored three times in the group stage and Belgium, who reached the quarterfinals at Euro 2016, before losing 3-1 to Wales, will now face holders Portugal on Sunday in Seville.

After a slow start to the tournament, Croatia turned the tide and reached the knockouts by beating Scotland on Tuesday to clinch second spot in Group D. The team, captained by Luka Modrić, who was named world player of the year in 2018 after helping Croatia reach the World Cup final in Russia, will meet Spain on Monday at Copenhagen's Parken Stadium.

Despite losing their final Group D match against England on Tuesday, the Czechs reached the last 16 as one of the best third-placed teams. The team, who have relied heavily on the goals of Bayer Leverkusen striker Patrik Schick, face the Netherlands on Sunday at the Puskás Aréna, in Budapest.

The Czechs failed to progress to the knockout stage in 2016, after reaching the quarterfinals in 2012. As Czechoslovakia, they won the tournament in 1976.

Denmark's first game against Finland was overshadowed by the sudden collapse of midfielder Christian Eriksen, who received CPR on the pitch before being rushed to the hospital. They eventually finished second in Group B after an emphatic 4-1 win over Russia on Monday, and edged out Finland and Russia on head-to-head goal difference, despite suffering two losses.

Delivering on their promise to "Do it for Christian,” the Danes now go on to face Wales on Saturday in Amsterdam.

Denmark, who were champions in 1992, last appeared at the tournament in 2012 when they were knocked out in the group stage.

In an efficient but hardly sparkling display, England beat Czech Republic 1-0 on Tuesday to top Group D with seven points. The Three Lions — the lowest-scoring team ever to top a Euros group, with just two goals — now move on to face Germany on Tuesday, hosting the game in their own backyard of Wembley Stadium.

England have never won the tournament, going closest in 1996 when they lost to Germany in the semifinals. In 2016, they were eliminated at the last-16 stage by Iceland.

France qualified top of Group F with five points after a dramatic 2-2 draw with Portugal on Wednesday in which Karim Benzema netted twice. Les Bleus, led by coach Didier Deschamps, will now face Switzerland on Monday in Bucharest.

World Champions France won the European Championship in 1984 and 2000, while finishing runners-up in 2016 on home soil, losing 1-0 to Portugal after extra time in the final.

A late Leon Goretzka goal salvaged a 2-2 draw for Germany against a tenacious Hungary side on Wednesday as they narrowly avoided a shock elimination and secured the runners-up spot in Group F. Germany, who edged out Portugal into third, due to their previous 4-2 win over the holders, next meet England on Tuesday at Wembley.

The Azzurri easily clinched first place in Group A, becoming the first team to advance to the Round of 16 and one of the favorites to win the tournament. Led by Manchester City's former coach Roberto Mancini, Italy won all three matches without conceding a goal and are unbeaten in their last 30 games.

The team, led by captain Giorgio Chiellini, will meet Austria, runners-up in Group C, on Saturday at Wembley.

In 2016 Italy were knocked out by Germany in the quarterfinals, losing 6-5 on penalties, after reaching the final in 2012, losing 4-0 to Spain.

Captain Georginio Wijnaldum's three goals helped the Netherlands earn all nine points to finish top of Group C. The Dutch, who will be without striker Luuk de Jong after he suffered a knee injury on Tuesday, will face the Czech Republic on Sunday in Budapest.

The Netherlands have taken part in nine previous European Championships and were crowned champions in 1988. They reached the semifinals in 1992, 2000 and 2004. However, they lost all three of their group games in 2012 and failed to qualify for the 2016 edition.

Reigning European champions Portugal squeezed into the last 16 as one of the best third-placed sides following a 2-2 draw with France in their final Group F encounter. Cristiano Ronaldo has already netted five goals, moving past France's Michel Platini as the record goalscorer at European Championship finals, and has matched Iran's Ali Daei as the most prolific international marksman ever with 109 goals.

Portugal, who finished level on four points with second-placed Germany and a point behind group winners France, will take on Belgium on Sunday in Seville.

Portugal, who have participated in seven European Championships, ended their long wait for a major title by defeating France 1-0 after extra time in the 2016 final.

Spain came to life on Wednesday, crushing Slovakia 5-0 to shrug off a slow start to the competition and finish second in Group E. Spain, whose captain Sergio Busquets missed their first two games following a positive COVID-19 test, will next face Croatia on Monday in Copenhagen.

Sweden won Group E to reach the last 16, ensuring top spot after a stoppage-time goal gave them a 3-2 win over Poland on Wednesday. Midfielder Emil Forsberg, who scored three in the group stage, will likely provide Sweden's goal threat when they face Ukraine in Glasgow on Tuesday.

After a third-placed finish in the 1992 tournament, Sweden failed to qualify in 1996 and only went past the group stage on one other occasion in 2004 when they reached the quarters.

Switzerland reached the last 16 after finishing third in Group A behind Italy and Wales. The team, led by former Lazio coach Vladimir Petković, beat Turkey 3-1 in Baku last Sunday, to make it through as one of the four best third-placed teams, and will face France on Monday in Bucharest.

After exiting the competition in the group stage in 1996, 2004 and 2008, the Swiss's best effort came five years ago when they reached the last 16 before losing to Poland on penalties.

Despite losing to Austria and the Netherlands in Group C, Ukraine reached the knockout phase as the fourth best third-placed team ahead of Finland in Group B and Slovakia in Group E due to a better goal difference. The team, led by coach Andriy Shevchenko, will face Sweden on Tuesday in Glasgow.

Ukraine have never reached the knockout phase, exiting at the group stage in 2012, when they were co-hosts, and in 2016.

Wales reached the last 16 after finishing second in Group A despite losing to table-toppers Italy last Sunday. The team, which features Juventus midfielder Aaron Ramsey as well as Real Madrid's Gareth Bale, will play Denmark on Saturday in Amsterdam.

Wales ended a nearly 60-year wait to play in a major tournament by qualifying for Euro 2016 where they proved to be a surprise package, reaching the semifinal, where they lost to eventual champions Portugal.