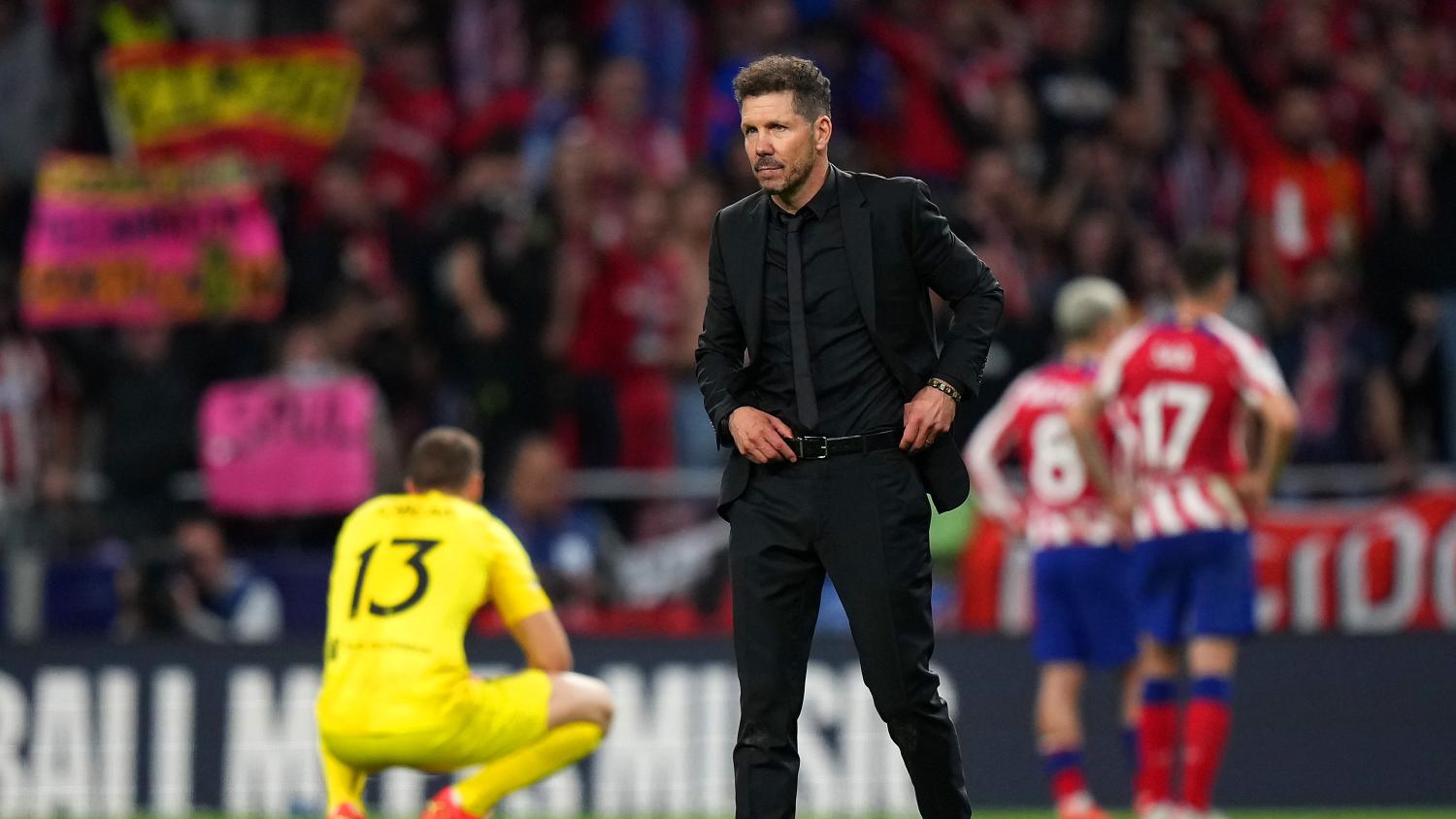 Barça, Atléti and Sevilla are all out at the group stage.
Getty Images

Real Madrid, Barcelona and Atlético Madrid will be back on the pitch for their LaLiga games this weekend, licking their wounds after disastrous midweek performances in the Champions League.

For the first time in history Spain had three teams knocked out of the top European tournament in the group stage, as Barcelona, Atlético and Sevilla failed miserably to advance past their groups to the round of 16.

Even champions Real Madrid, who were already through and playing to wrap up top spot, lost 3-1 at Leipzig on Tuesday, their first defeat in all competitions this season.

Carlo Ancelotti's team, who will host modest Girona on Sunday, are on top of the LaLiga standings on 31 points, three ahead of Barcelona, who lost the lead thanks to a 3-1 defeat to their bitter rivals at Santiago Bernabéu in El Clásico two weeks ago. The Italian manager is expected to bring back into action against Girona several regular starters like Karim Benzema, Luka Modrić and Federico Valverde who did not play against Leipzig when Real looked stale against a young and energetic German side playing for a top-two spot.

"More is learned from one defeat than from 10 consecutive victories," Ancelotti told a news conference on Tuesday. "It is a defeat that hurts, but not too much because we still have another opportunity in the last game to finish top in our group."

That luxury will be denied to Barcelona, Atlético and Sevilla, who have already been eliminated from the Champions League.

Sevilla at least managed to win their first game in the tournament 3-0 against Copenhagen on Tuesday and will continue in the second-tier Europa League after ending up third in the group. Enjoying the new manager bounce since Jorge Sampaoli arrived for his second stint with the club a three weeks ago, Sevilla will host Rayo Vallecano when they try to clinch only their third win in the LaLiga this season.

Barça and Atlético, however, have no silver linings to look for.

The Catalonia giants were knocked out in the group stage of the Champions League for the second season in a row and lost 3-0 at home to Bayern Munich in a match where they did not manage to have a single shot on target. This season, however, following the big-money signings of Lewandowski, Raphinha and Jules Koundé, a better outcome had been expected.

They will play at Genaro Gattuso's Valencia on Saturday with their morale on the ground, even though they are coming from two dominating wins against solid teams in LaLiga: a 3-0 against Villarreal and 4-0 over Athletic Bilbao.

"This is our reality and we have to face it. Maybe that's what we needed, to be given a beating in order to grow," Xavi Hernández told a news conference at Camp Nou on Wednesday. "It's a really bad feeling but we need to reset and reconnect to fight for LaLiga and Europa League."

The situation is similar with Atlético Madrid, who are still in danger of finishing dead last in the Champions League Group B and being knocked out completely from European soccer this season. They will play second-from-last Cádiz on Saturday following their disheartening 2-2 draw at home against Bayern Leverkusen, missing a stoppage-time penalty that could have kept them in contention.

"It's a difficult, hard and unexpected moment. It's only the second time in 10 years that we are out in the group stage," Atlético coach Diego Simeone said. "It was not planned but it is the reality. There are two places to put yourself, in victimhood or in continuing to work, I choose to continue working."