Kylian Mbappé appears to have all the talent to become the next Cristiano Ronaldo. I know, I know — “next Cristiano Ronaldo” is thrown out far too often, but this young man has already won a World Cup and reached the Champions League final all before his 22nd birthday and has repeatedly said he idolizes the Portuguese legend.

With Mbappé likely to be Ronaldo’s true successor at Real Madrid next summer, it’s a great narrative to say he’ll be replacing his idol, especially when you think about those now-iconic photos of a young Mbappé in his room surrounded by Ronaldo posters. 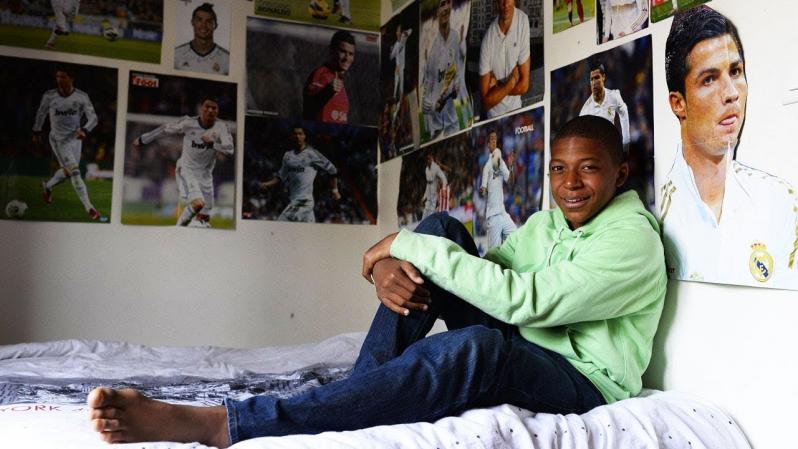 But it turns out, Ronaldo isn’t Mbappé’s first idol.

Recently, the young superstar tweeted images of him and Ronaldo on the pitch together during a recent UEFA Nations League clash between France and Portugal, including the word “idol” (and a goat, in case you want to know where Mbappé stands on the Messi vs. Ronaldo debate).

Shortly thereafter, Mbappé clarified who his first true idol is, and it’s not Ronaldo.

“My first (idol) was (Zinedine) Zidane for everything he achieved with the national team,” Mbappé said in a recent interview. “Then it was Cristiano Ronaldo. He has won a lot and continues to be a winner even after so much success.”

If it weren’t already obvious that Mbappé will eventually join Los Blancos and Zidane in the Spanish capital, then this all but confirms it. Real Madrid was pretty quiet in the transfer market this fall, likely saving up money to make a record-breaking offer to PSG to bolster an attack that has been a bit pedestrian by the club’s lofty standards since Ronaldo left for Juventus.

Personally, I’m quite looking forward to the 2022 Champions League final between Real Madrid and Juventus.