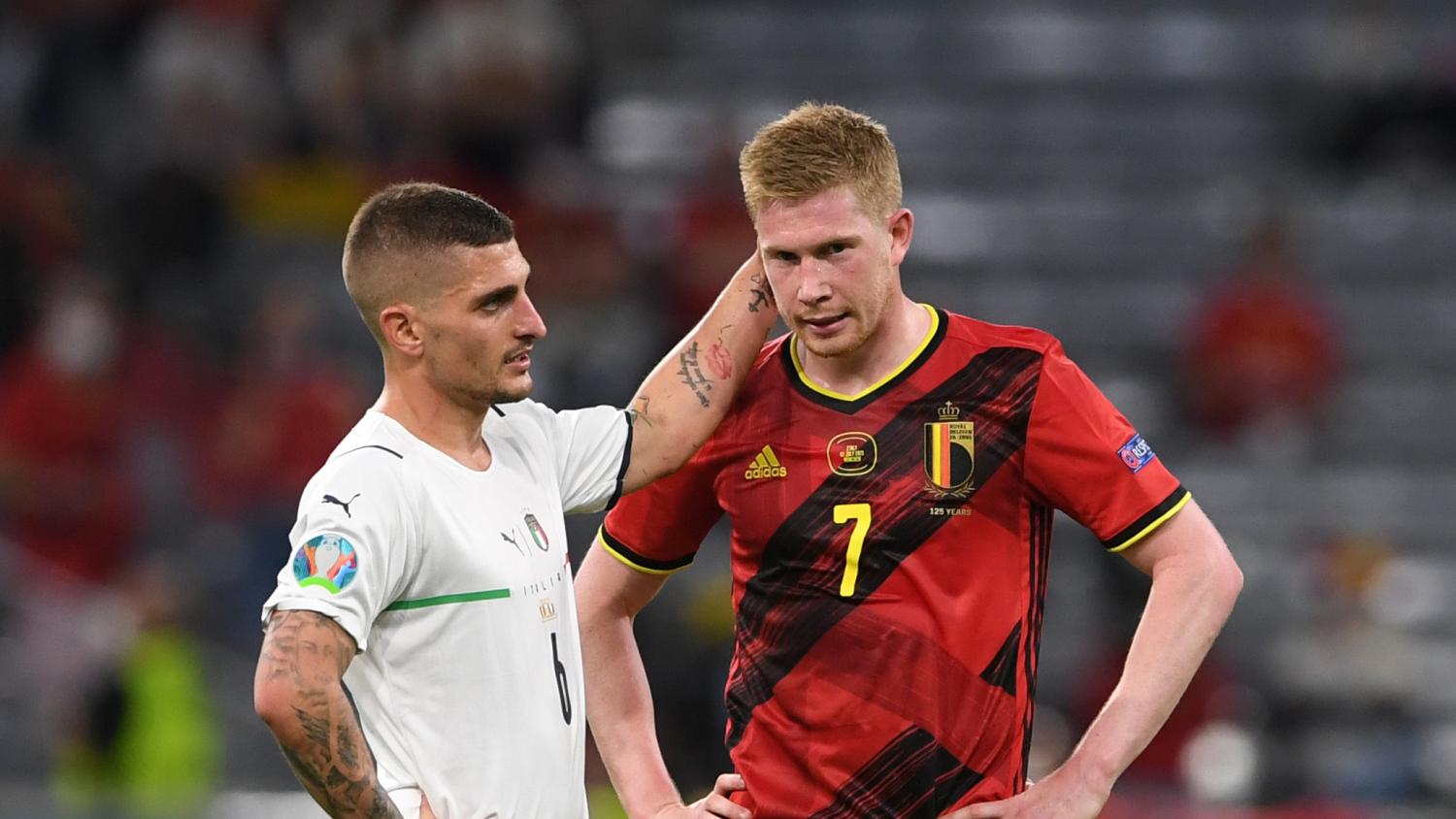 Belgium’s star man was not at full strength in the 2-1 defeat to Italy in the Euro 2020 quarterfinals.
Getty Images

MUNICH, Germany — Belgium midfielder Kevin De Bruyne said he had played in Friday's Euro 2020 quarterfinal defeat to Italy with a tear in his ankle ligaments.

Manchester City's De Bruyne was a doubt for the game after picking up the injury in the last-16 win over Portugal but said he had been determined to play.

"For me personally it has been four or five weird weeks. But I especially want to thank the medical staff," he said.

"It was a miracle that I played today because there was definitely damage to my ankle. A tear in my ligaments. But I felt responsibility to play for my country today. Too bad I couldn't do more," he added in comments on UEFA.com.

The 30-year-old De Bruyne, widely regarded as one of the top midfielders in the world, has had some bad luck with injuries and had to go off with a head injury playing for City in their Champions League final defeat by Chelsea last month.

Belgium were without their Real Madrid winger Eden Hazard through injury and De Bruyne acknowledged that fitness issues had plagued the team's bid to win the Euros.

"It was a difficult tournament for us, we suffered many injuries. We fought until the end. Italy were better than us in the first half, but in the second we created more chances. We could have got it to 2-2 but we didn't," he said.

"We lost against a top-notch team. We'll try to win next time, at the World Cup, but first I have to recover physically. I've had too many (injury) problems in the last few years but I've always tried to give everything for the team," he said. (Reporting by Simon Evans; Editing by Ken Ferris)