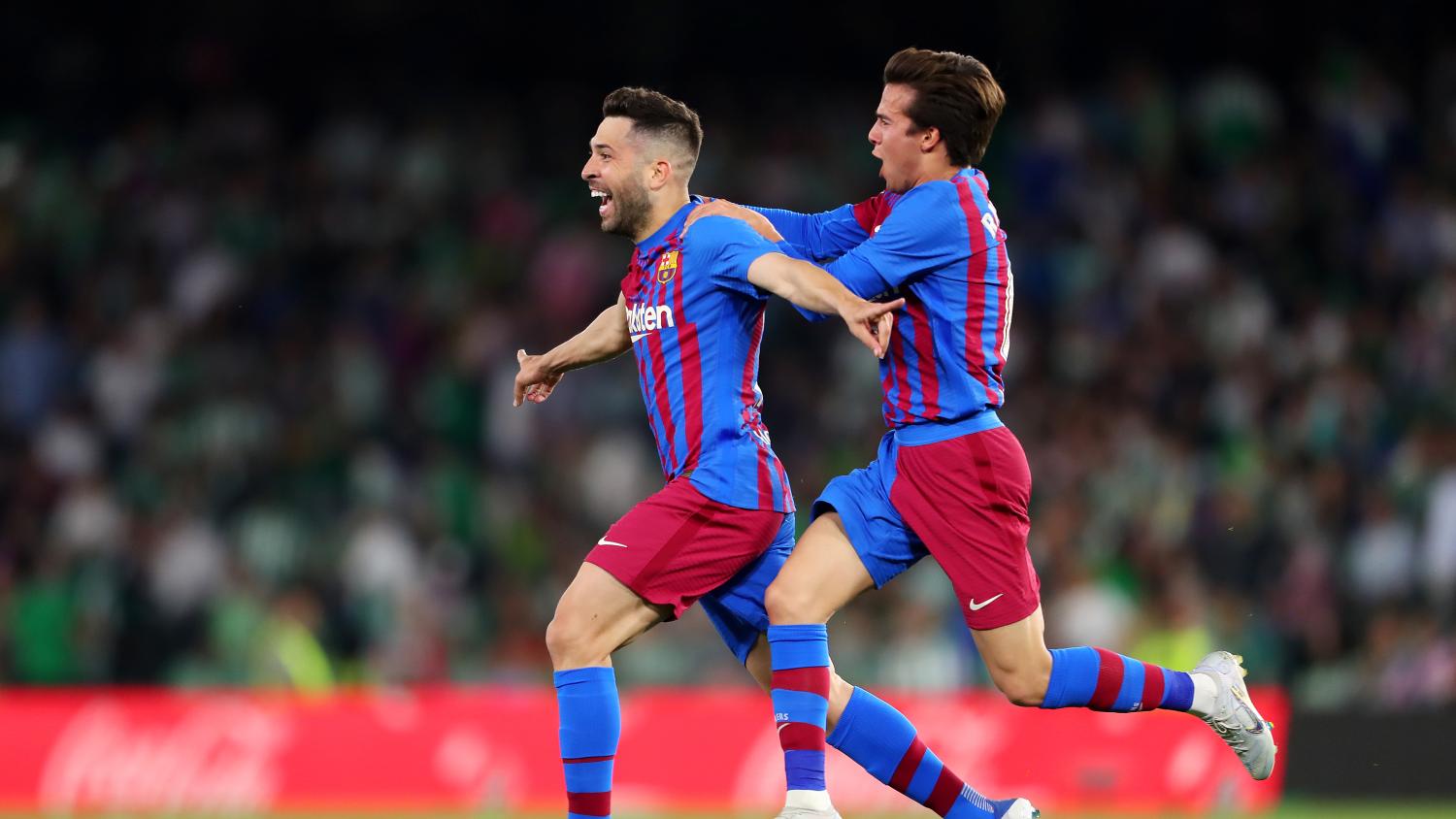 A stoppage-time goal from defender Jordi Alba earned Barcelona a 2-1 LaLiga win at Real Betis on Saturday, securing Xavi Hernandez's side a spot in Champions League next season and closing in on the lucrative Spanish Super Cup finals.

With the league title already sealed by Real Madrid, Barcelona are now second on 69 points in the standings, five points clear of Sevilla in third and Atletico Madrid in fourth, both with one game in hand.

Substitute Ansu Fati put the visitors ahead in the 76th minute after he received a cross on the edge of the box and sent a low shot towards the left corner.

Barca's lead did not last long, however, as three minutes later ex Barcelona defender Marc Bartra levelled for the Copa del Rey champions with a header.

But Alba scored another one for Barca in the dying minutes, as he lashed the ball past Silva with a volley to secure his side three points.

JORDI ALBA WINS IT WITH AN INCREDIBLE STRIKE pic.twitter.com/1xAWWXB2ny

Barcelona are close to finishing second and snatching the 3.4 million euros that the club would make going to the Spanish Super Cup in Saudi Arabia.

Betis, meanwhile, missed an opportunity to move level on points with fourth Atletico Madrid in their bid to secure a spot in Champions League next season, as they remain fifth with 58 points, three behind Atletico.