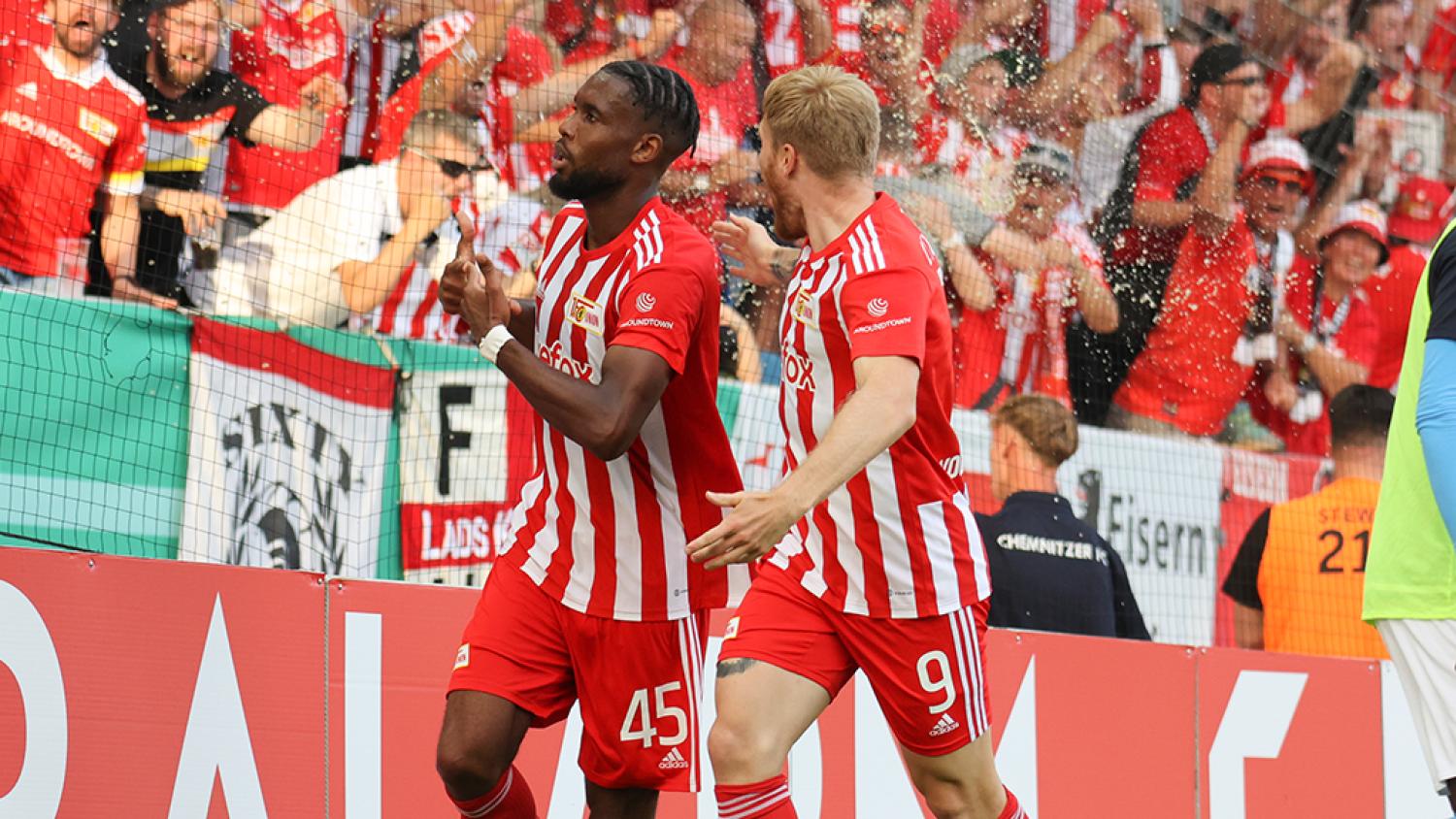 Book this man a ticket to Qatar.
FC Union Berlin

USMNT hopeful Jordan Pefok made his competitive debut for Union Berlin on Monday, scoring what will surely be one of the most memorable goals of the striker’s career. The Jordan Pefok goal, which came in the 64th minute of Union Berlin’s 2-0 DFB-Pokal victory, was taken excellently and will surely excite Union and USMNT fans alike.

Pefok, also known by the name Theoson Siebatcheu, was a bright spot all game for Union Berlin, who found themselves down 1-0 to fourth-tier side Chemnitzer FC despite several scoring chances. In the 64th minute he equalized, converting an acrobatic bicycle kick which left Union Berlin fans delighted.

The goal, which showcases athleticism, positional awareness and clinical ability, put Union Berlin on track to win the game 2-1.

The USMNT Needs A Goal Scorer. Is Pefok The Answer?

Pefok transferred to Union Berlin from BSC Young Boys in June – a move which puts him firmly in the mix for the USMNT #9 spot. While Jesús Ferreira looks to be Gregg Berhalter’s top choice, the position is certainly not set in stone. Even so, there is still at least one spot up for grabs.

As a more traditional striker and less of a false nine, Pefok adds a different dimension than Ferreira that Berhalter could find very useful. If Pefok can outperform fellow Bundesliga striker Ricardo Pepi, there’s a large chance he will solidify his spot in Qatar this November.

#USMNT striker Jordan Pefok puts himself on a bigger stage ahead of #WorldCup | "I want to prove myself in the Bundesliga and I’m sure that I have found the right club in Union" https://t.co/girH068Eoj

A debut goal, especially one of such quality, puts him well on the way to do so. Pefok will need to be clinical against much better competition, especially if he wants to win over USMNT fans who remember his miss against Mexico.

With his goal-scoring pedigree and the opportunity to start regularly for one of the better Bundesliga sides, I peg him to do it.

Pefok and Union Berlin will kick off their Bundesliga campaign on August 6th in a derby match against Hertha Berlin.