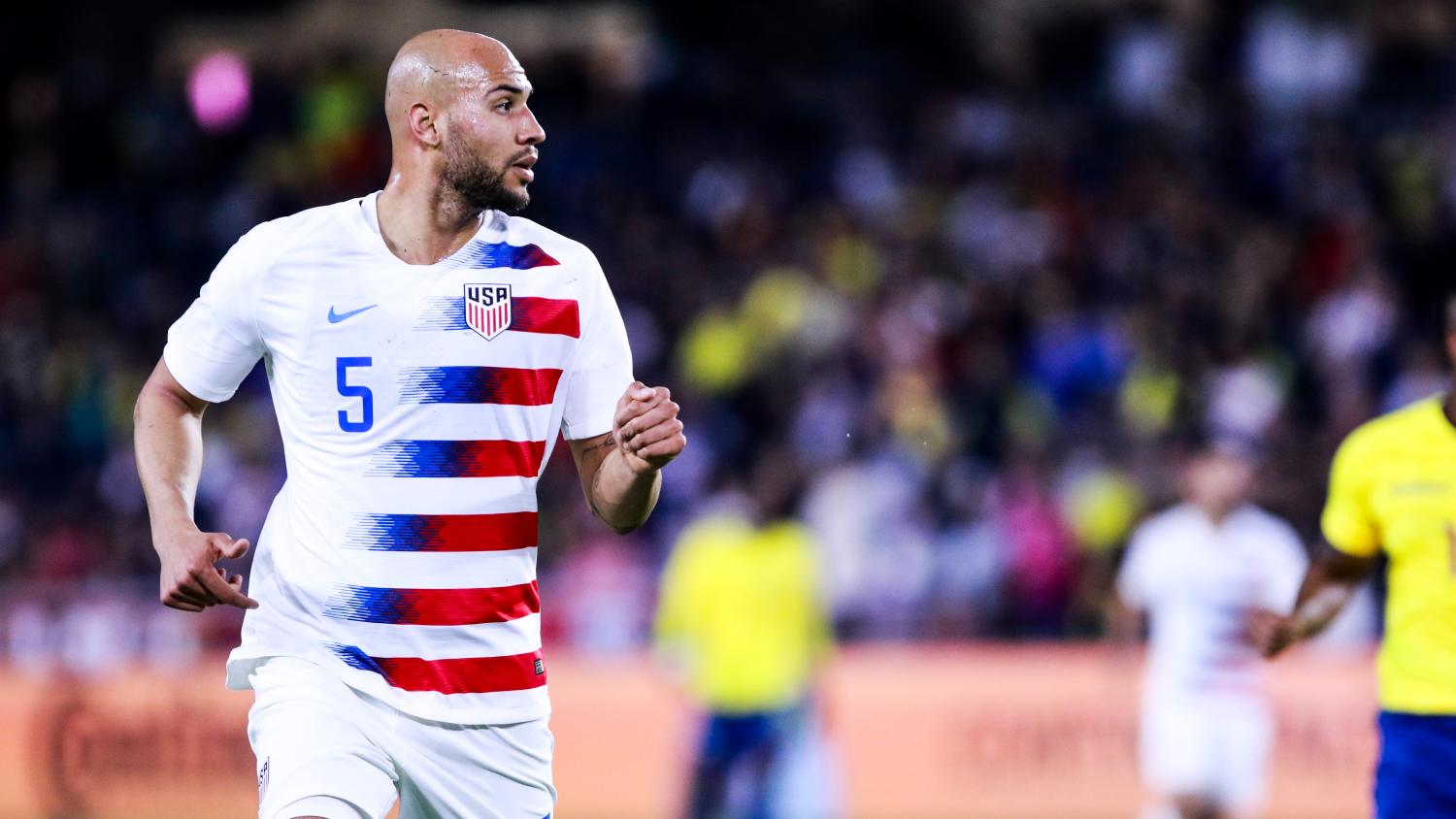 We'll all get to monitor Brooks closely on ESPN+.
Getty Images

When USMNT manager Gregg Berhalter was making his media rounds this summer, every single news outlet hit him with the same question: Can center back John Brooks make the World Cup roster after being frozen out for a year?

"I called (Brooks) before the November camp, and I said, 'John, listen, here are some things that are lacking in your game, that I don't see fit our game model, and that we need to address," Berhalter said. "We want to play with a very high line, right? So ideally, if he went into a team that plays with a high line, and we can see that every week, how he's dealing with space behind him, it would really help us get a picture of what he can do for our team."

Then something strange happened. The European season began and the 29-year-old remained a free agent despite the expiration of his contract at Wolfsburg way back on July 1. The rumors of his next club grew strange — Turkey? Saudi Arabia? Minnesota United? But on Tuesday, the 2014 World Cup veteran finally found a new home, and it's an intriguing one: LaLiga's RCD Mallorca.

Why Mallorca's The Perfect Springboard To The World Cup

For USMNT fans, "Mallorca" will conjure memories of Matthew Hoppe's 2021-22 season in purgatory with the Balearic Islands-based team. However, Hoppe joined at the start of a hellish period at Mallorca under the direction of manager Luis García.

García was fired in late March with just nine matches remaining and the club sitting in the relegation zone. The arrival of legendary Mexican coach Javier Aguirre saw the club pull off a great escape, and the 63-year-old now has the team optimistically facing the new season.

Three loan players who played crucial roles in keeping the side up — Vedat Muriqi (Lazio), Pablo Maffeo (Stuttgart) and Rodrigo Battaglia (Sporting) — have all joined on permanent deals, and Mallorca's started with a commendable away draw against Athletic Club, defeat to Real Betis and a 2-0 win over Rayo Vallecano.

Berhalter is going to be watching, and Brooks has a massive stage with upcoming matches against Girona, Real Madrid and Almería before the next international window. That's directly followed by a visit from Barcelona.

We all know what Brooks is capable of, and if he shows signs of being close to his best again, then it's time for his first cap since Sep. 9, 2021.

Why It's Too Late For John Brooks

Since the move is still being finalized, there's no way Brooks plays against Girona on Saturday. Will he be thrown into the mix on Sep. 11 when Mallorca travels to the Santiago Bernabéu?

That'd be a baptism by fire, but it's the only way he could possibly be considered for the Sep. friendlies against Japan and Saudi Arabia, especially since other options at center back have already been featuring regularly in Europe and giving Berhalter food for thought, including Cameron Carter-Vickers (Celtic), James Sands (Rangers), Erik Palmer-Brown (Troyes), Tim Ream (Fulham), Mark McKenzie (Genk) and Chris Richards (Crystal Palace).

Also, going back to Berhalter wanting to see Brooks play in a high line, the defender is joining a team that likes to play with three center backs as part of a five-man backline.

Mallorca hasn't won the possession battle in any of its three matches. The recent win over Rayo was exactly what they look to do: Rayo took 66% possession and attempted 15 shots, but Mallorca's compact defense made it so zero of those were on target. They capitalized on a Rayo mistake and went direct for their two goals.