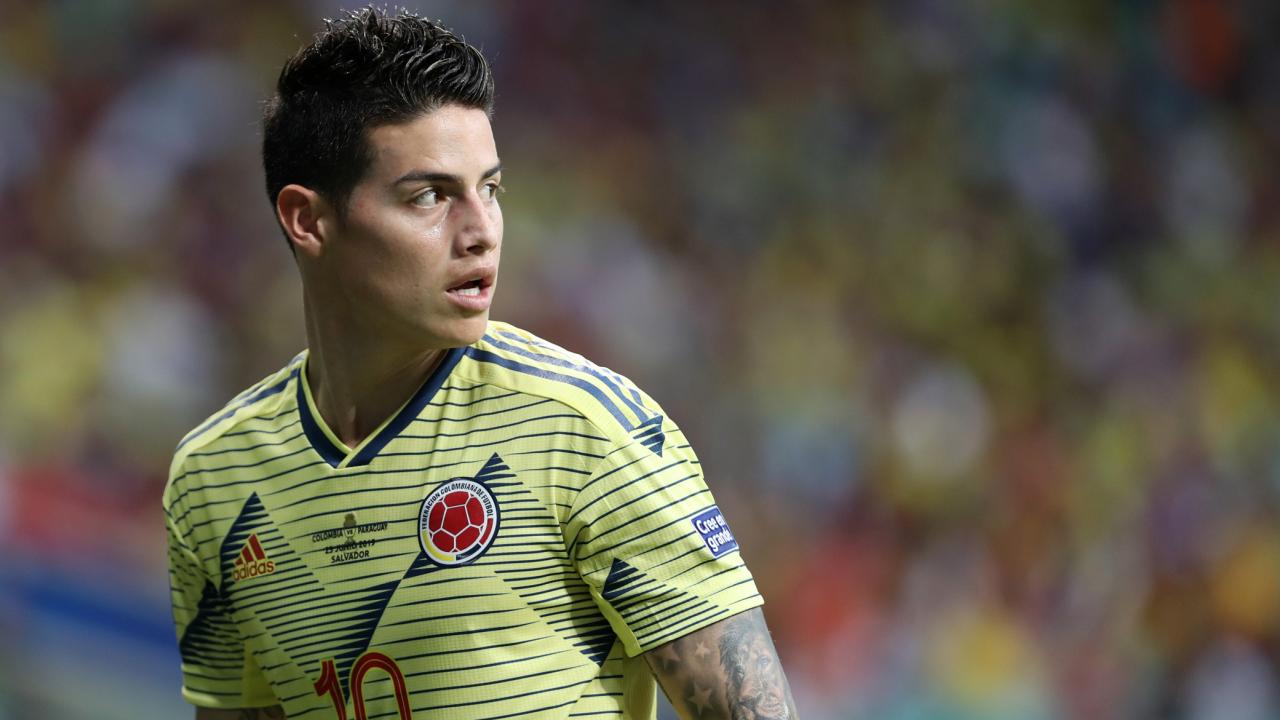 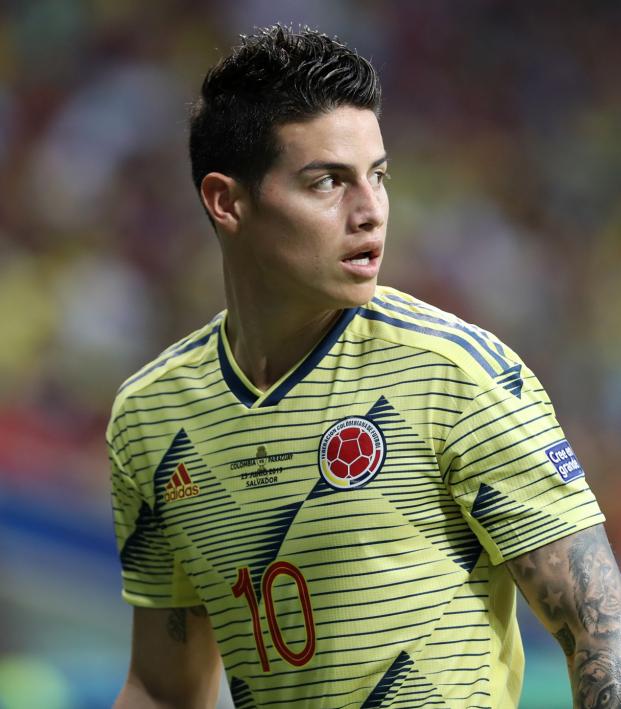 Wherever He Ends Up, James Rodríguez Will Be Taking A Massive Pay Cut

Connor Fleming July 16, 2019
The 28-year-old Colombian is still in high demand, but things have somewhat drifted since the 2014 World Cup.

Despite having not scored more than 10 league goals in a season since 2014-15 (his first with Real Madrid), Colombian attacker James Rodriguez remains one of the game’s most recognizable and beloved footballers. The 28-year-old’s playmaking ability is world class (he dropped 13 assists during his first season on loan at Bayern Munich), and although he’s been deemed surplus to requirements by Zinedine Zidane, the likes of Atlético and Napoli are desperate to sign the 2014 World Cup Golden Boot winner.

His contract at Real runs through the 2020-21 season, and he has sponsorship deals with adidas, Calvin Klein and Huawei, so what is James’ net worth?

According to Forbes, James Rodriguez earns $21.4 million per year from the monster contract he signed with Real Madrid back in 2014. After making his breakthrough at Porto and then succeeding during one season at Monaco, James’ otherworldly 2014 World Cup made him the most sought after player on the planet.

However, the Colombian always dreamed of playing for Real Madrid, and a move for nearly $80 million shortly followed (and a huge contract followed that).

It’s been rumored that James will be allowed to leave Real for almost $30 million less (a price which Bayern decided against paying). His contract will be considerably less as well.

James has endorsement deals with adidas, Gatorade, Pepsi, Huawei, Hugo Boss and Dentics. These sponsors bring him an extra $4 million per year.

According to the latest numbers, James earns $25.4 million per year.

James Rodriguez is one of the world’s most popular footballers on social media. He has 18.3 million followers on Twitter, 42.4 million on Instagram and 32.4 million on Facebook.

James is managed by super agent Jorge Mendes, who also serves as the agent for Cristiano Ronaldo, Angel Di Maria and Diego Costa.