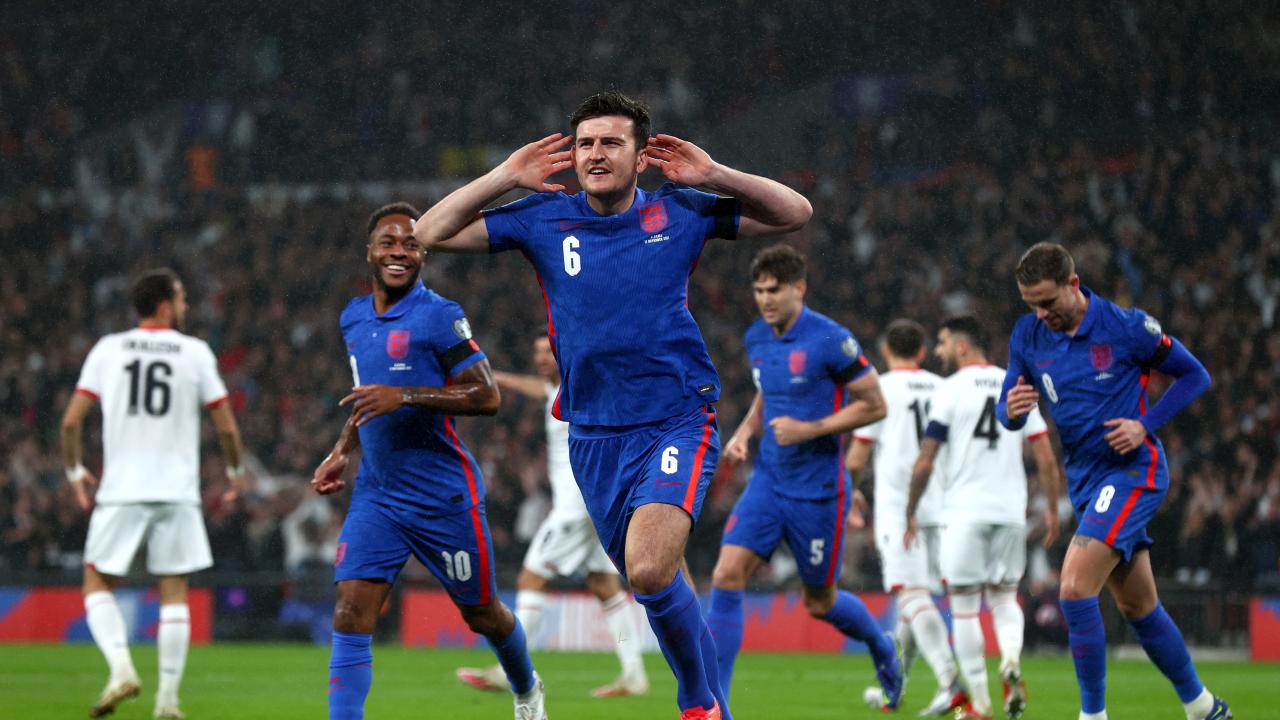 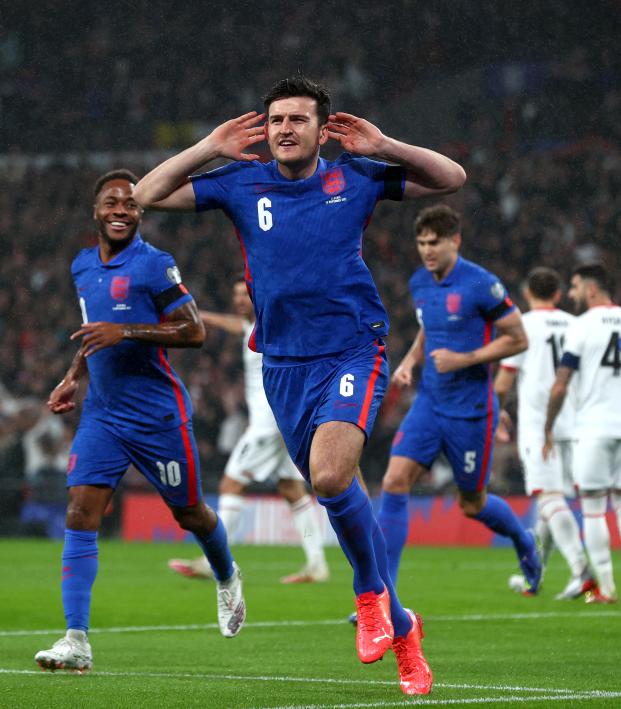 England defender Harry Maguire defended his goal celebration during Friday's World Cup qualifying victory over Albania which former players described as over the top and unnecessary following his poor performances for Manchester United.

England thrashed Albania 5-0 to all but qualify for the World Cup after Maguire opened the scoring with a ninth-minute header, celebrating with a knee slide while putting his fingers to his ears as if to shut out his critics.

The center back has been targeted after United lost back-to-back home games against rivals Liverpool and Manchester City to drop to sixth in the Premier League.

Spot on. I said it and got abuse from "United" fans saying back your captain. He needs to perform like one and not do stuff like that first

"No, it wasn't directed at no one, it was a knee slide, I obviously put my hands on my ears," Maguire said in a post-match interview.

"I'm Manchester United captain, of course I'm going to get criticism when the team isn't doing well. I fully expect that but it wasn't directed at anyone.

England manager Gareth Southgate was pleased with Maguire's performance, saying he had a chat with him earlier this week which helped the defender "switch focus" ahead of the international games.

"Is he a Hulk Hogan fan? I don't know what the celebration was for. He's a fabulous player... he was in the Euros team of the tournament," Southgate said.

"He's rushed back because he's the sort of player who has a huge conscience to help his club. You get lots of players who hide in the treatment room when pressure is on.

"He hasn't done that and I have massive respect for that but you can go into matches not fully fit and you're judged as fully fit in those moments."

(Reporting by Rohith Nair in Bengaluru; Editing by Lincoln Feast)