Harry Kane's Baby Gender Reveal Is Nothing Short Of Perfection 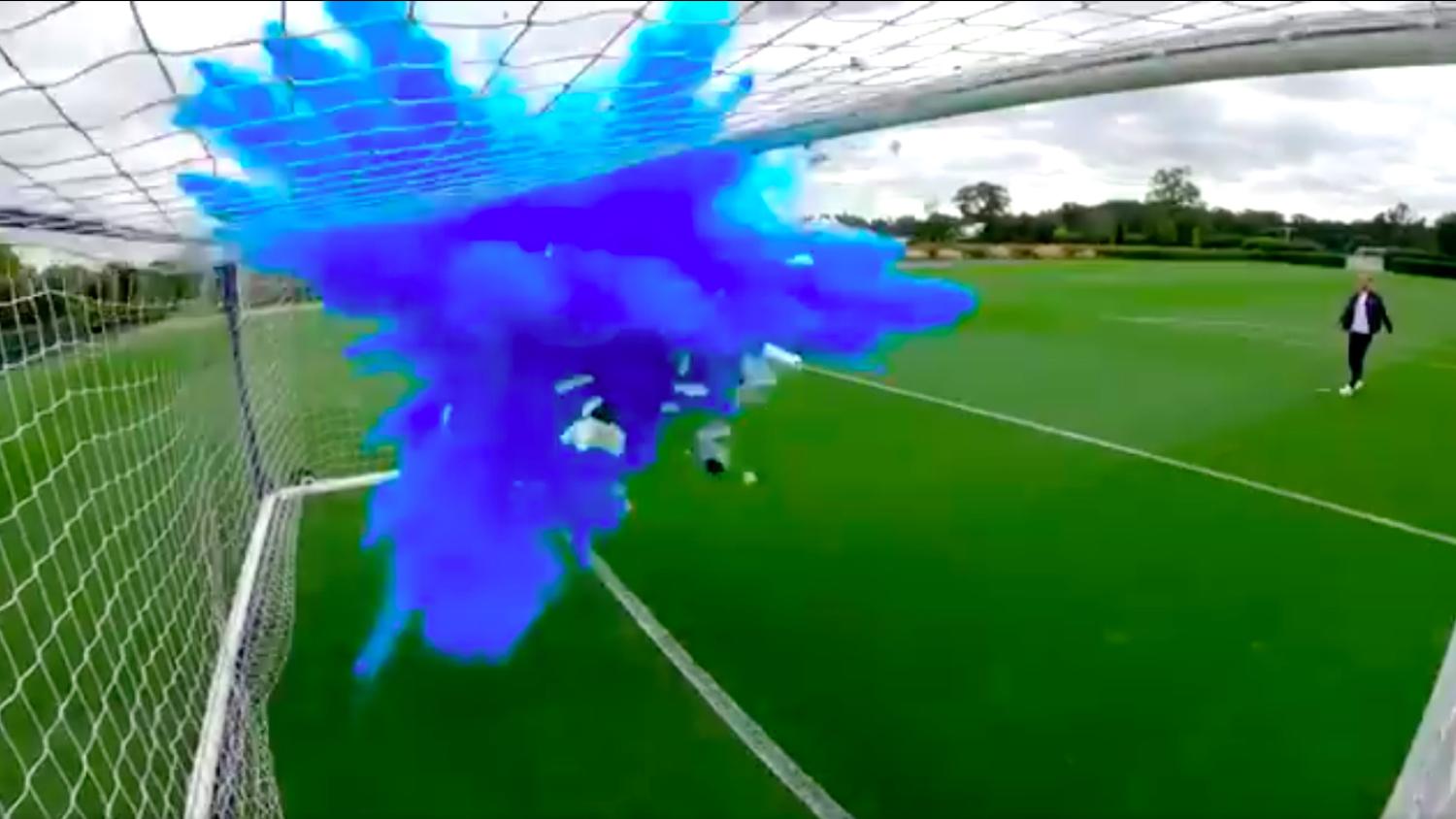 Harry Kane told fans that his childhood sweetheart was pregnant with their third child this past weekend.

The England captain and wife Katie Woodland got married in the Bahamas in 2019 after he proposed to her on a beach in 2017. Their fairytale love story began when they attended school together, and they've been by each other's side ever since. She's watched him thrive throughout his career and will now bring in another little fan to help cheer him on.

The couple currently has two young daughters, Ivy, 3, and Vivienne, 1, along with two dogs named Wilson and Brady after NFL quarterbacks Russell Wilson and Tom Brady.

They announced the addition of a baby boy with the perfect gender reveal on social media.

The Spurs striker showed off his virtual reveal as he dialed in friends and family on Zoom for their predictions. Kane then had to obviously incorporate football into his reveal.

He stepped up to the penalty spot and popped a huge football-themed balloon hanging from the crossbar that exploded in blue smoke, confirming that they'll be having a boy. The heartwarming video shows their excitement for a future football star.

We are having a Boy pic.twitter.com/F91i1TniDT