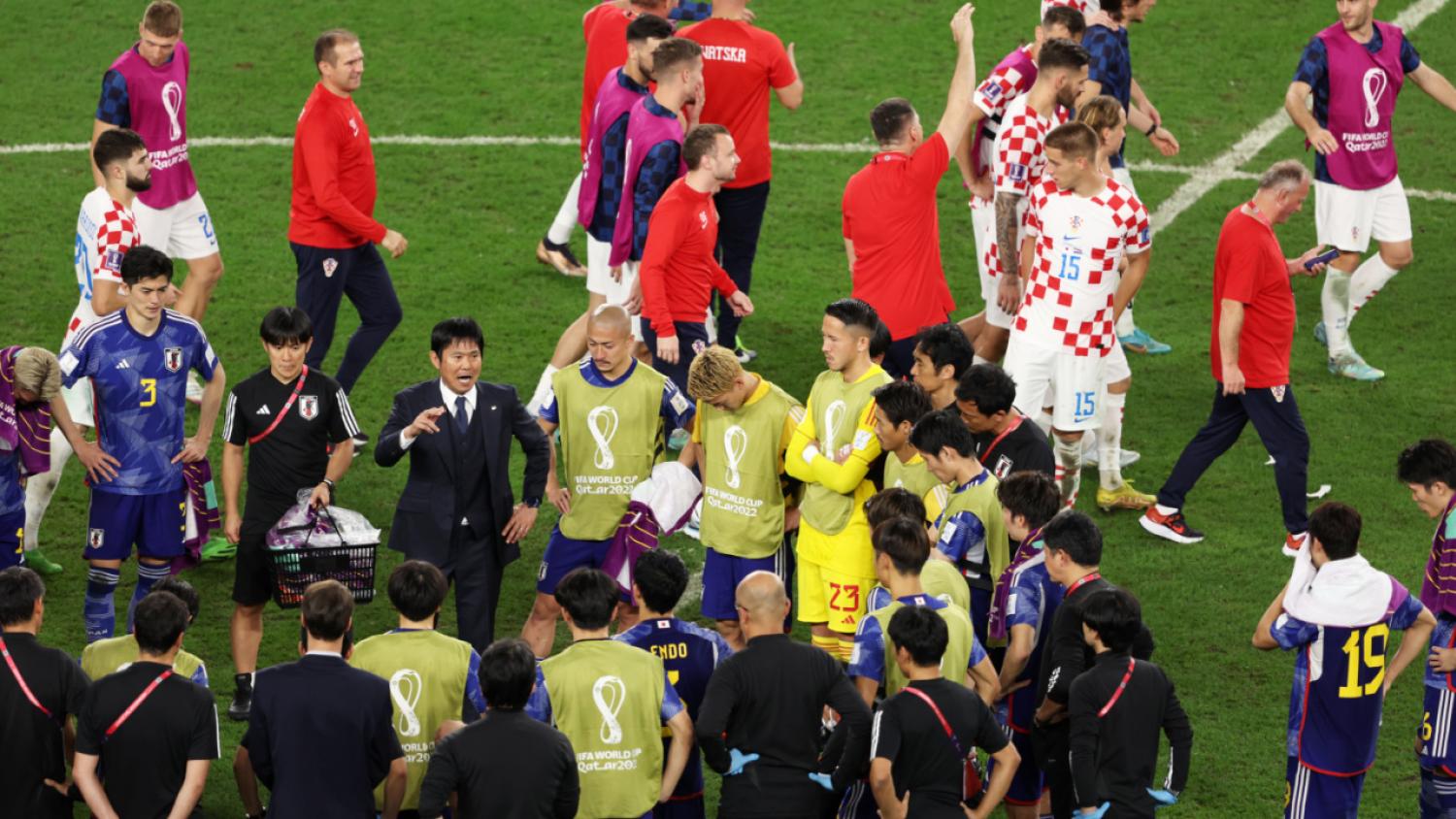 Nearly-man Moriyasu remains in charge of Japan for another four-year cycle.
Getty Images

TOKYO - Japan coach Hajime Moriyasu will remain in charge of the Asian team for another World Cup cycle, the country's football association announced on Thursday, with the aim of breaking new ground after a number of near misses.

That Moriyasu would continue in the role came as little surprise after he led Japan to victories over former World Cup winners Germany and Spain during the finals in Qatar en route to topping what was considered the most difficult group at the tournament.

The 54-year-old, whose team were beaten in the last 16 by Croatia, will be the first coach to lead the nation into successive World Cup campaigns.

"I'm extremely honored while also bracing myself for the difficult mission ahead and the weight of responsibility that comes with the job," Moriyasu told a press conference. "I want to take on the challenge with the belief that nothing is impossible for Japan."

The last-16 defeat in Qatar was another instance of Moriyasu falling short at international level since taking over as the Samurai Blue coach following the 2018 World Cup. Despite a trophy-laden club career in which he led Sanfrecce Hiroshima to three J-League titles in four seasons, Moriyasu has yet to experience similar success with Japan.

Japan lost in the Asian Games gold medal match to a South Korea side led by Son Heung-min in Jakarta weeks after Moriyasu was appointed national team boss, setting the tone for a series of near-misses that have followed.

Japan then failed to secure a record-extending fifth Asian Cup title in early 2019 after Moriyasu's team lost to Qatar in the final of the continental championship in Abu Dhabi. More disappointment followed two years later when Moriyasu, who doubled up as Japan's Olympic team coach, fell short of claiming a medal at the delayed Tokyo Games in 2021.

However, Japan's results in Qatar raised expectations that he can take the nation into uncharted territory, with the country never having progressed beyond the last 16 at the World Cup.

"He deserves a tremendous evaluation for producing a result that reverberated throughout society, and not just within the Japanese football community," said JFA chairman Kozo Tashima. "We judged that retaining him was the quickest way to getting.... (into) the World Cup's last eight."

(Reporting by Michael Church in Tokyo, Editing by Pritha Sarkar)