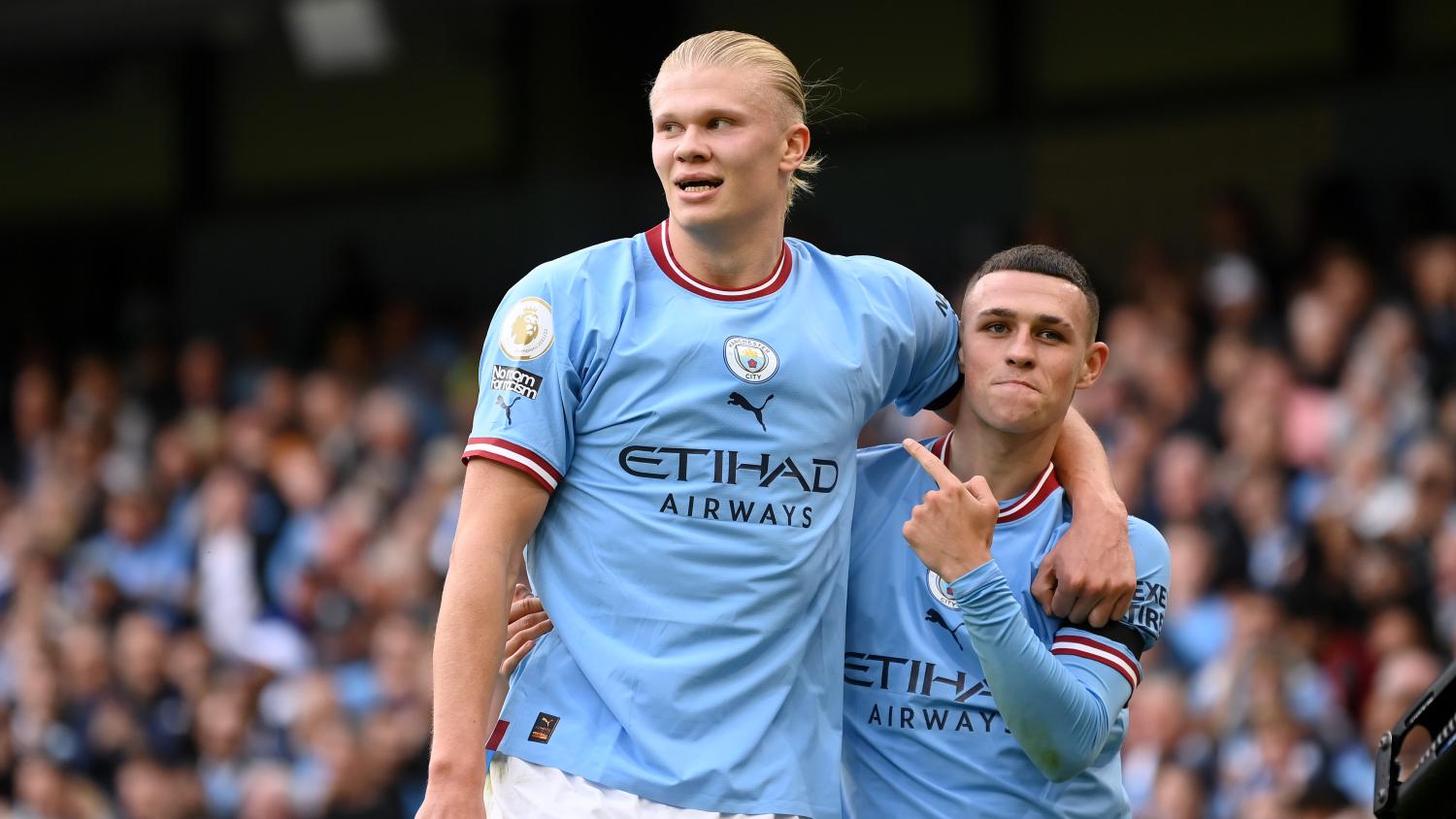 City's football was slick, incisive and ruthless in its execution as Haaland claimed his third hat-trick in eight league games and Foden netted his first Premier League treble on a humbling afternoon for United.

After a disappointing start under Erik ten Hag this season, with the Dutchman tasting defeat in his first two games, a run of four successive league wins had promised better times ahead but United were brought firmly back to earth by the neighbors.

No City player had scored a hat-trick against their bitter rivals since Francis Lee in 1970 and in the space of 90 minutes two men achieved the feat.

"We scored six goals, what can I say, it's amazing," Haaland told Sky Sports. "To win at home, score six goals, it's nice.

"You can feel it all the time. You can see the passes we give each other. We always want to go forward and to attack. It's what I love about the team."

Foden grabbed the first inside eight minutes, becoming the first English City player to score in a home league derby against United since 2006, sweeping home Bernardo Silva's low cross, before Haaland headed his first in the 34th minute to put City in command.

FODEN SILENCES THE AWAY END! #MCFC

It just HAD to be him! Haaland doubles City's lead! #MCFC

Haaland has settled seamlessly into the Premier League and the Norwegian struck again in the 34th minute on the stretch before Foden added the fourth three minutes later.

It only took 3:41 for Haaland to score his second of the match!

Haaland scores. Haaland assists. it's 4-0 to City in the first half! #MCFC

Big-money signing Antony curled a stunning strike into the net early in the second half to give United faint hope of a remarkable comeback, before Haaland fired home his 17th goal of an incredible season.

The first player to score a hat-trick in 3 consecutive home matches? Erling Haaland.

United substitute Anthony Martial added a late consolation double, one from the penalty spot, to make the scoreline more respectable, but the margin of victory does not tell the true story of the gulf between the sides.

"It's quite simple, it's a lack of belief," Ten Hag told the BBC. "When you don't believe on the pitch then you can't win games, that is unacceptable.

"We get undisciplined at following rules and you get hammered, that's happened today."

Pep Guardiola's team moved to within a point of Arsenal at the top of the standings and a bruised United stayed sixth.

"Perfection doesn't exist, it's impossible," Guardiola said. "But we must try to look there. We did good, we can do better, many, many players had sloppy passes. This is not good. We have to be more consistent. In some areas we were still not good.

"Some players were not good today so they have to improve."