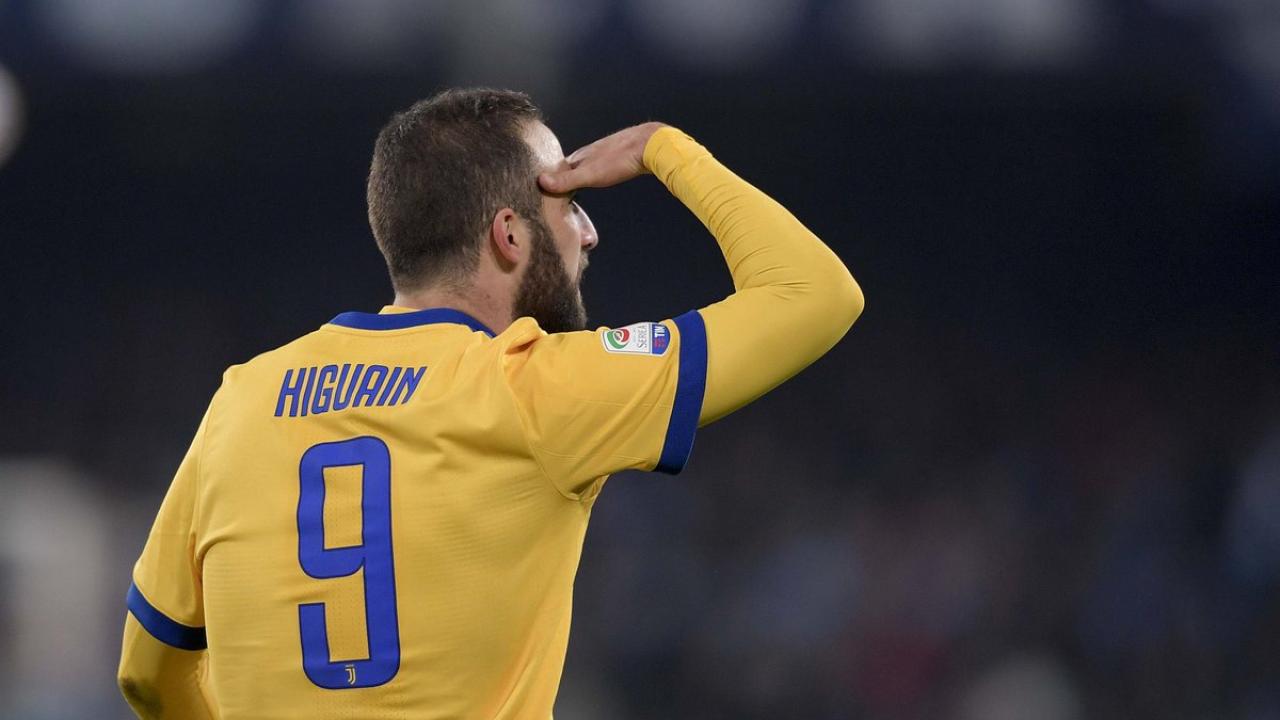 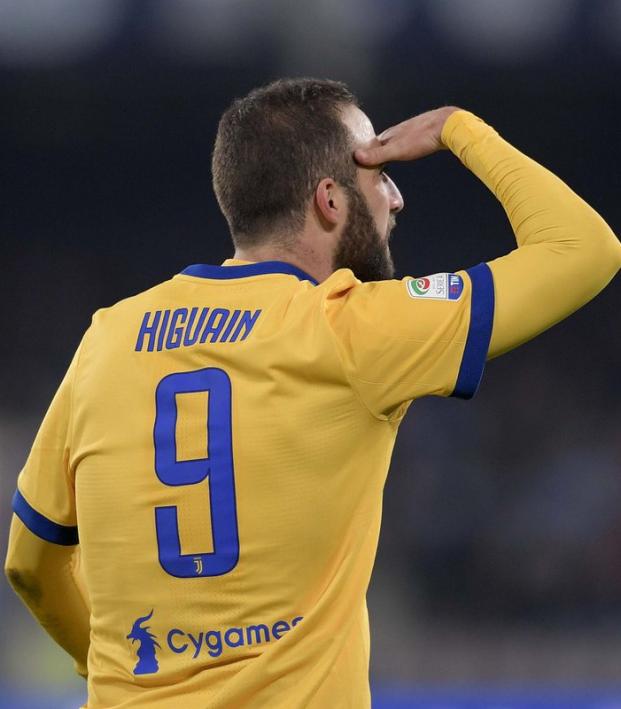 Not All Goals Are Created Equal: 3 Dramatic Strikes Change Complexion Of Serie A

Huw Thomas December 5, 2017
With Napoli vs. Juventus featuring on Friday, the rest of the weekend’s football was set up perfectly.

Goals change games. That’s pretty much football 101. That’s how the game works. But not every goal is created equal. This week in Serie A, the true value of a goal was shown to be different on Friday, Saturday and Sunday. So let’s take a look at the three goals that defined the weekend and why they differed so widely.

Friday was a confusing day for Italian football fans. In the morning was the draw for the 2018 World Cup. Most years, this would generate a flood of interest and derisive comments about heated balls and boring hosts. But not so this year. This year, it was a draw to forget.

We all know that Italy didn’t qualify for the World Cup. A crying shame etc. etc. What the country needed was a distraction. How about the league leaders hosting the reigning champions in a battle for top of the table supremacy? That’ll do nicely.

It wasn’t the only distraction on offer, however. Hit Italian TV show Gomorrah (which everyone should be watching) was set to premiere its latest episode on Friday night. But the fictional gangsters of Naples were set to play second fiddle this week. Napoli were playing at home. Sky Italia, responding to the uproar over the scheduling clash, was forced to release the episode early. No one in Napoli was missing this match.

Perhaps they should have given it a miss. Napoli, top of the table and playing gorgeous football, finally had the opportunity to assert themselves as the best team in the country. They could have moved seven points clear. But they never showed up.

An hour before the game started, we should have read the ominous tea leaves. Gonzalo Higuain, once of Naples and not beloved by the local fans, overcame a rumored injury to start for Juventus. Even worse, Napoli were not wearing their famous sky-blue shirts. They were wearing black.

The game was settled by a Higuain goal after barely fifteen minutes had been played. The goal quieted the crowd. The home team spluttered and stalled. Juventus defended well but Napoli rarely looked like coming back into the game.

Gonzalo Higuain may have a hurt hand, but his feet are just fine. Juve leads Napoli in a key Serie A clash (via @ESbeINSPORTS) pic.twitter.com/MeLCwAGhlf

In truth, the goal was worth less to Juventus as a positive than it was to Napoli as a negative. Juventus have won many league titles. They want European success. If they could trade this single goal victory for a similar result in the semifinal of the Champions League, they’d bite your hand off.

But for Napoli, the goal was a crushing reminder of their fragility. After a soaring start to the season, the goal from their loathed ex-player in their most auspicious year is nothing less than a damaging blow to the collective Napoli ego. They can still win the title this season and, perhaps, they may still be favorites. But this was a goal which reminded Napoli of their own mortality rather than three lost points.

On Saturday, the most important goal didn’t win anything. We’ve discussed the goings on at Milan in recent weeks. Long story short: money spent, matches lost, manager sacked, catastrophe looming. This was Rino Gattuso’s first game in charge and he could not have wished for a better opponent: Benevento.

The team who have enjoyed the worst start to a season in recorded history. Fourteen played, fourteen lost. Tragic stuff. For a manager hoping to steady his wobbly ship, Benevento are the ideal punching bag, surely?

Maybe not. See, the more a team loses, the more everyone knows how bad they are. When a team is this monumentally bad, their reputation begins to operate in a different manner. At one point, opposition teams line up against Benevento full of confidence that they’re going to beat them. Three easy points.

But then, after a while, there’s an element of pressure. How do you face a team that is so bad you simply have to win? Losing is not an option. A draw is a huge embarrassment. No one wants to be the team who gives Benevento their first point. How absolutely mortifying.

Milan travelled to Benevento with a point to prove. Their reputations burnished by their recent failures, they needed a result here. A respectable win to get the Gattuso reign off to a good start. Even if there was a bit of concern, who better than Rino to scream in their faces until the Milan players realized the gravity of the situation?

It was going well. Giacomo Bonaventura opened the scoring. Benevento equalised, but Nikola Kalinic managed to drag his side back in front. And then, after around 75 minutes, things started to go awry. Alessio Romagnoli picked up a second yellow, perhaps harshly. He was sent from the pitch and Milan had 15 minutes to hold on to their lead.

And they did. Benevento came knocking. They tried and tried and tried. But they’re not very good. Soon, the 90-minute mark came and went. Then 91. Then 92. Another day, another Benevento loss. After the cruel last-minute antics in recent weeks, few thought the southern side would do anything.

Benevento won a free kick in the 95th minute. Danilo Cataldi, on loan from Lazio, stood over the ball. Elsewhere on the pitch, the Benevento goalkeeper — Alberto Brignoli, another loanee, this time from Juventus – moved forward. By Brignoli’s own admission, his manager wasn’t too sure about this. But what did they have to lose?

Brignoli stood in the box. He closed his eyes. He jumped. He caught the ball with a powerful bullet header and sent it past Gianluigi Donnarumma and into the net. Two goals each. Seconds to play. There was a beat. A pause. An in-take of breath among everyone in the stadium. And then they exploded.

Did you think De Gea had the best goalkeeping performance of the weekend? Well, think again! Benevento keeper Alberto Brignoli scored the tying goal for his team against AC Milan in the extra time and secured Benevento's first point in Serie A history.
https://t.co/LyJlSlyZrF pic.twitter.com/dV0a9OcXMr

Cheers. Delight. Delirium. The fans, the players, the manager: all screaming with joy. There were still seconds left to play. It didn’t matter. Benevento could live in this moment forever. This goal wasn’t worth three points. It was worth far, far more.

From the gleeful Saturday to the comedown of a Sunday. Looking back at the top of the table, Inter knew they could go top by beating Chievo. Unlike Napoli against Juventus, this was not a clash of the titans. This was a very effective, very efficient team going up against the opposite of that. Luciano Spalletti has done a fantastic job at Inter but he has not made them particularly exciting.

Still, they ran out five nil winners. Here, each goal was worth less than the sum of its parts. Three points. Just the same as would be won with a scruffy one nil victory. Ivan Perisic completed his hat-trick in the second minute of injury time. A goal which was almost meaningless. The final kick of a thrashing. The shine of light across the glazed cherry on top of the already-considerable cake.

But the result put Inter at the top of the table. After a summer of being strongly linked with a move away, fine performances from Perisic are demonstrative of the overall improvement of Inter as a club. Not just on the pitch but in the board room too. On Sunday, the final goal in a five-nil thumping was less meaningful in a raw points tally but very indicative of Inter’s true improvement. Their aim is not necessarily to score plenty of goals, but to stabilize and become a real club once more.

Goals may change games, but games like this show just how much a club’s overall goals can change for the better.