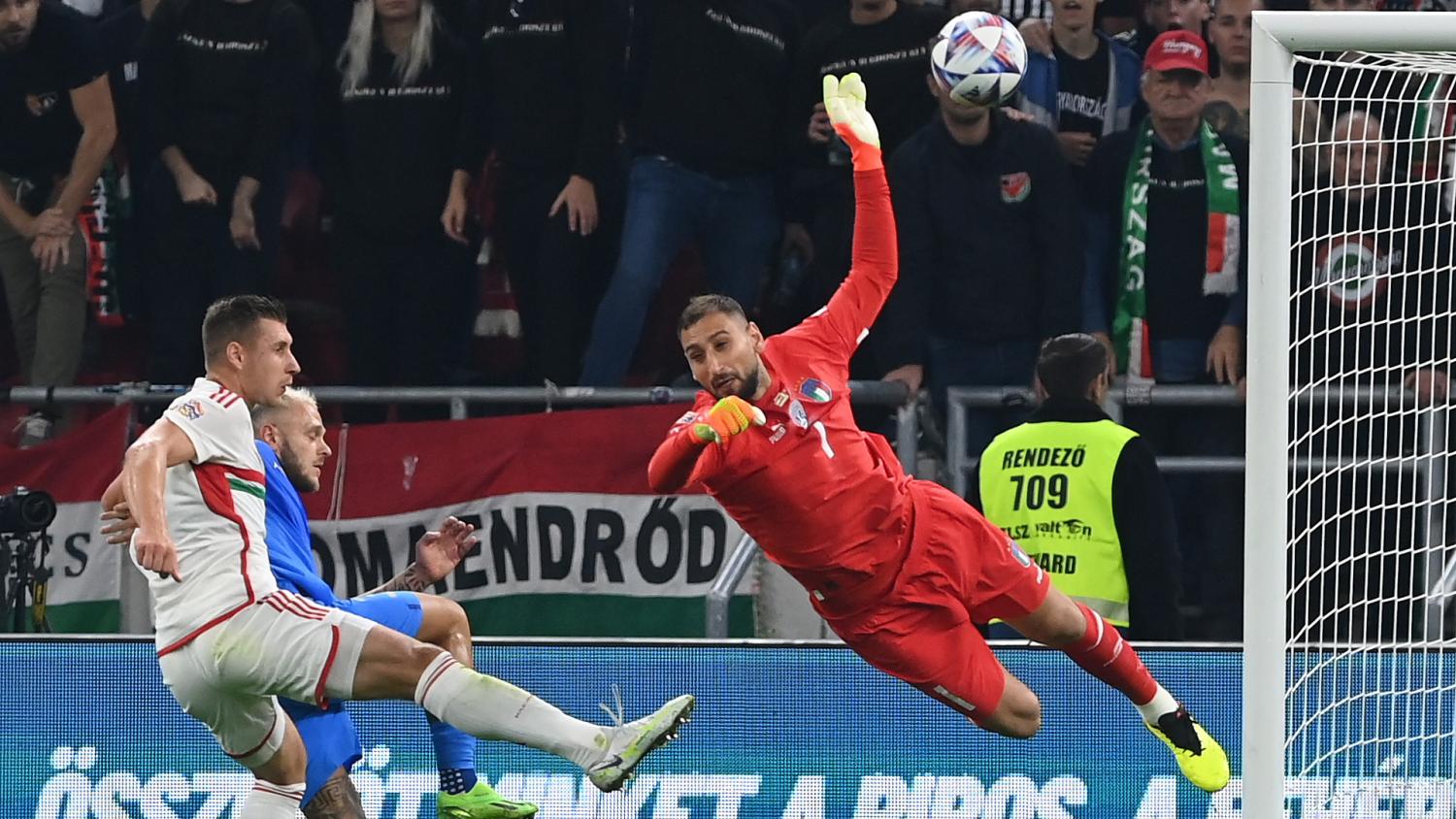 With six heroic saves, Donnarumma was by far the best player on the pitch against Hungary.
Claudio Villa | Getty Images

On Monday, Italy blanked their Hungarian opponents 2-0 thanks in large part to a spectacular display from goalkeeper Gianluigi Donnarumma. Gianluigi Buffon’s heir-apparent for the Azzurri made a host of incredible saves, keeping Hungary off the scoresheet as Italy topped their group and qualified for the Nations League finals next summer.

His fantastic triple-save will steal the headlines, but Donnarumma was the hero throughout the match, making numerous other stunning stops to keep Hungary at bay. Even with two goalscorers, the PSG man was comfortably the best player on the pitch, finishing the match with six crucial saves.

This moment in the game yesterday from Donnarumma was great. What a game from the Italian goalie. pic.twitter.com/ACxzjGl2Jm

The UEFA Nation’s League match saw the top two teams from League A Group C battle it out to determine which would advance to the finals next summer. Hungary entered two points clear of Italy, but a win for the Italians would see them top the group.

Italy took a first-half lead through Giacamo Raspadori, who has now scored two goals in his last two games for the Azzurri. Wilfried Gnonto pounced on a poor back-pass before colliding with Hungary goalkeeper Péter Gulácsi, allowing Raspadori to glide through and pass the ball into the back of the net.

Raspadori was gifted this beauty to put Italy up 1-0!

Just seven minutes into the second half, the Italians doubled their advantage when Bryan Cristante fizzed a ball across the goalmouth for Federico Dimarco to smash home from close range. These two goals, combined with Donnarumma’s heroics, were enough to give Italy the 2-0 win and advance to the Nations League finals.

Italy doubles its lead over Hungary!

The win serves as little consolation to a nation that's now failed to qualify for consecutive World Cups, and one that last played a World Cup knockout-round game in 2006. Last year’s European Championship success and next year’s Nations League finals will no doubt show fans what the Azzurri are capable of and that qualification for 2026 is not a dream, but a necessity.

Italy are into the Nations League finals, but Hungary can be mighty proud of their performances in Group A pic.twitter.com/e7AbEfm1OF

While Hungary came up just short, Marco Rossi’s side will no doubt see this campaign as a success. Having to play European powerhouses in England, Italy and Germany, few gave the Hungarians any chance of staying in the group, let alone fighting for the top spot. Hungary was fantastic in every match this campaign, only falling at the final hurdle on its route to unfathomable continental success.