USMNT's 2022 Ghana Scouting Report: There Is No Need To Worry (Yet) 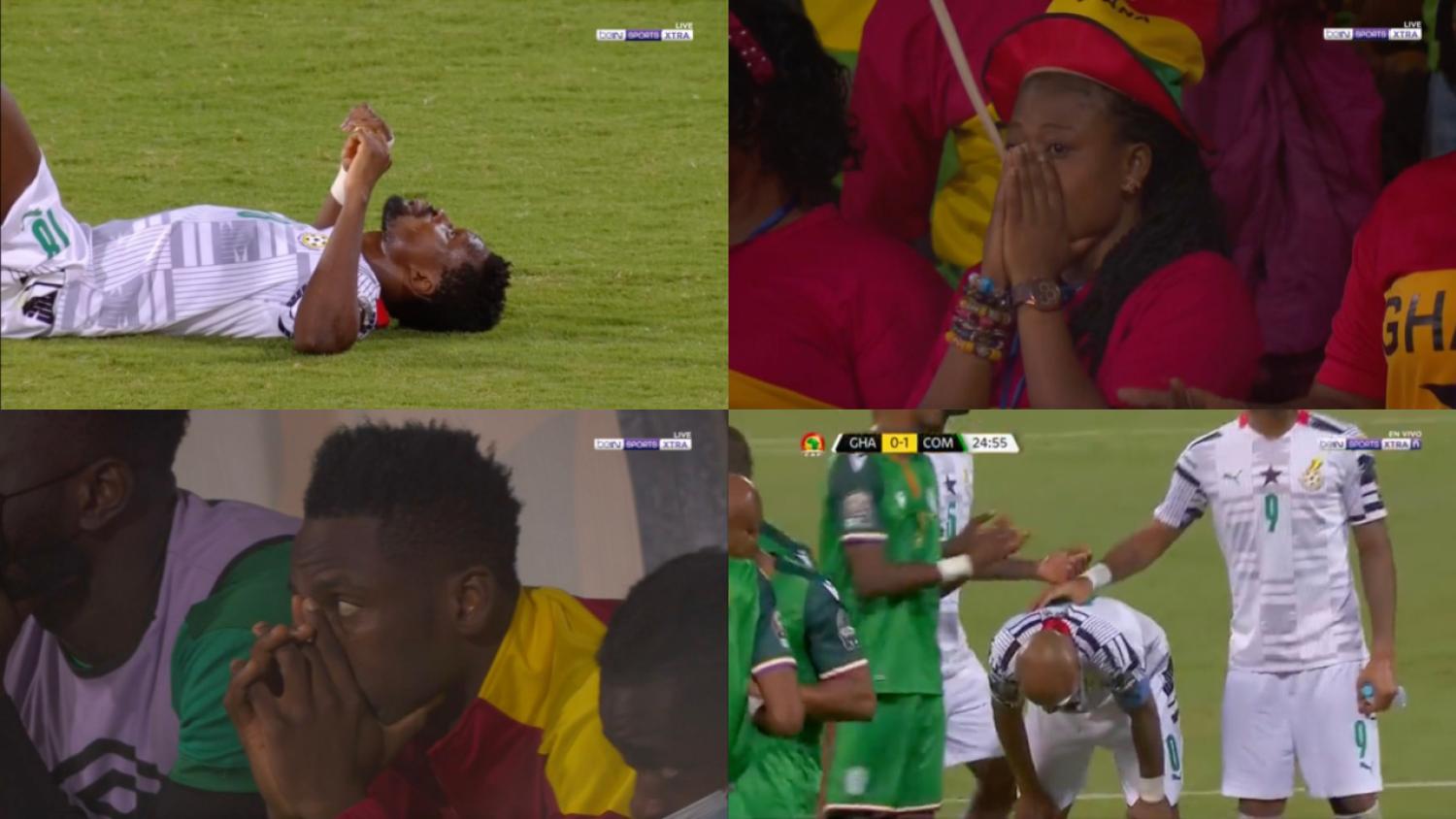 The Black Stars might still qualify for Qatar, but their AFCON campaign is over at the group stage.
The18

Comoros, making its first-ever Africa Cup of Nations appearance, has knocked out four-time champion and enemy of the USMNT Ghana after scoring its first three goals in tournament history during an insane 3-2 victory.

Things hadn't started well for Comoros, the world's 132nd-ranked side, in Cameroon with opening defeats against Gabon and Morocco. Heading into Tuesday's match against Ghana, the Coelacanths (a rare order of fish found off the island nation's coast) knew even a victory against the Black Stars wouldn't guarantee passage to the last 16 as Group C's third-place finisher.

Ghana, on the other hand, started with a 1-0 defeat to Morocco before allowing an agonizing 88th-minute equalizer in a 1-1 draw with Gabon last Friday. However, the Black Stars could get their campaign back on track with a widely predicted victory over Comoros.

But maybe the USMNT — after famous clashes with the Black Stars at the '06, '10 and '14 World Cups — doesn't need to fear this particular Ghana side, which is still alive in 2022 World Cup qualifying. Despite the vast amounts of experience in the starting XI provided by André Ayew, Jordan Ayew, Thomas Partey, Baba Rahman and Daniel Amarte, Comoros took a shock lead in the fourth minute through El-Fardou Ben Mohamed.

If the Red Star Belgrade forward hadn't finished this opportunity, I think his teammate — who's still visibly mad at not receiving a pass as the ball nestles in the back of the net — would've killed him.

Again, it was the first AFCON goal in Comoros history, and Ghana's defense was more than happy to play its part by getting torn to shreds on the counter.

Comoros now had the tall order of hanging on for 86 minutes, but things got easier in the 25th after André Ayew was sent off following a VAR review. I could see a yellow card here after Ayew lunged in on the keeper after he'd spilled a shot from distance, but a red seemed extremely harsh.

Despite going down to 10 men, Ghana still looked dangerous — Partey whistled a free kick millimeters wide of the post — but Comoros appeared to have found the dagger in the 61st minute after a beautiful solo goal from Ahmed Mogni put the underdogs up 2-0.

This is how Comoros had doubled their lead against Ghana! Not for long, though…#TeamGhana vs #TeamComoros, LIVE NOW on beIN SPORTS XTRA #AFCON2021 | #TotalEnergiesAFCON2021 | #GHACOM pic.twitter.com/kzNdggviWX

But Ghana showed remarkable resilience — think the extra time period of that 2010 World Cup clash against the U.S. — to pull one back through Richmond Boakye in the 64th before Alexander Djiku found an equalizer in the 77th.

With both teams needing a victory to have any chance of reaching the Round of 16, the final 10 minutes were fascinating. Ghana's nine outfield players went in search of that unlikely winner, but Comoros took advantage of the lack of defensive numbers in the 85th to find the match winner.

Again it was Mogni, a 30-year-old who plays in France's third division, with the goal.

WHAT AN EPIC MATCH! COMOROS WITH THE FINAL BLOW AND A FIRST-EVER WIN!!! #TeamComoros, (132 ranking FIFA) scored the 3-2 and eliminated Ghana from #AFCON2021! #AFCON2021 | #TotalEnergiesAFCON2021 | #GHACOM pic.twitter.com/VVc4oybmwD

Ghana is out after suffering one of its most embarrassing defeats — a result that will surely have massive repercussions ahead of the third round of CAF World Cup qualifying. There's no way Serbian manager Milovan Rajevac is still at the helm come then.

Comoros finished third with three points and a chance at the Round of 16, but a goal difference of negative-two means it'll need a lot of help elsewhere over the next two days.