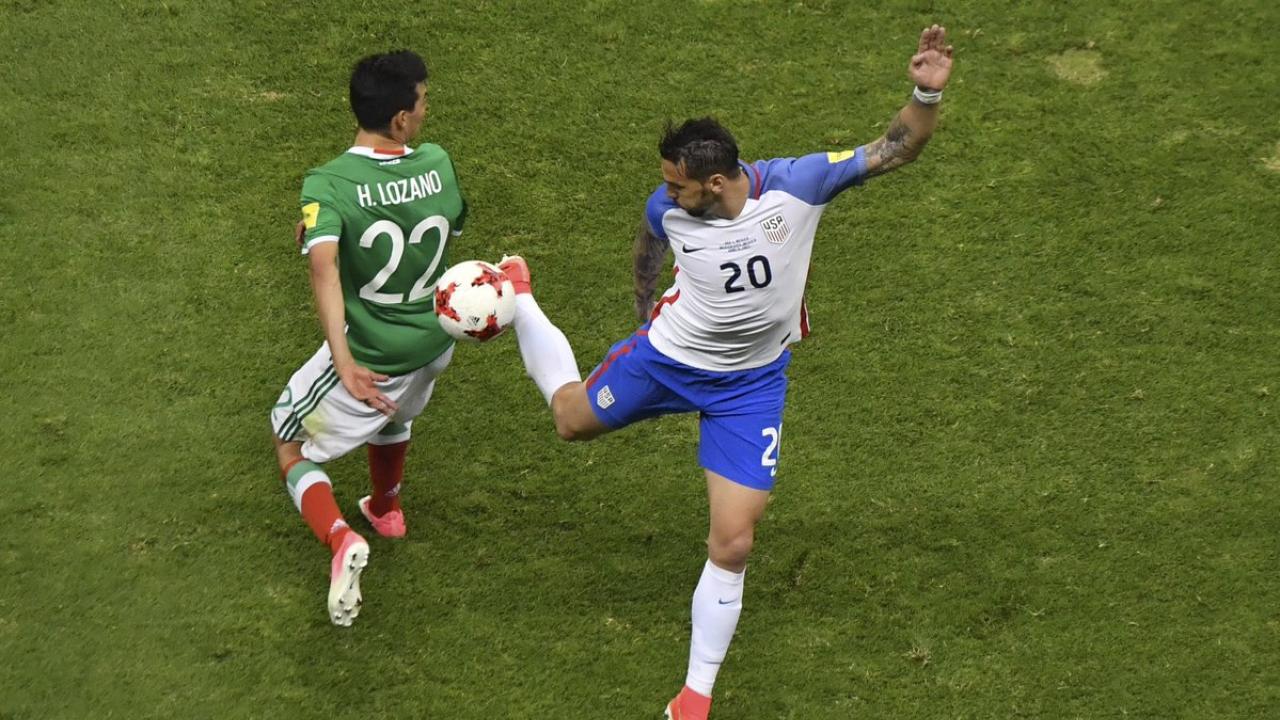 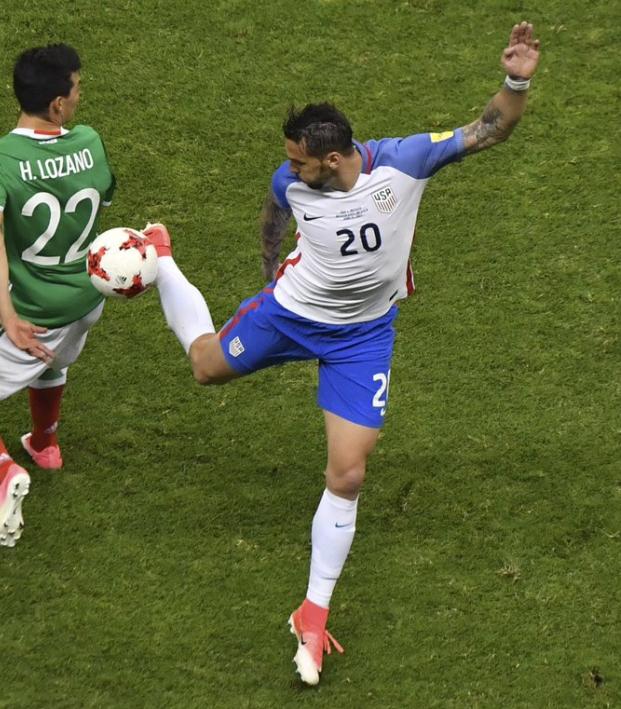 Geoff Cameron Can Do It On A Cold, Wet Wednesday In Stoke And A Hot, Steamy Sunday In Mexico City

Connor Fleming June 12, 2017
Geoff Cameron moved one step closer to cementing his legacy with the USMNT after a commanding display against Mexico.

Michael Bradley grabbed the headlines with his sensational strike against Mexico on Sunday, but for many, the United States Man of the Match was Geoff Cameron, the 31-year-old defender placed at the heart of the USA's three-man back line.

With Mexico controlling nearly 75 percent of possession in the match, completing 177 passes in the final third (as compared to 75 for the U.S.) and launching 25 crosses, you immediately get an idea of how important Cameron was in repelling Mexico’s frequent forays forward and completely disrupting their attacking rhythm.

You might not often praise a player for committing four fouls and attempting only 13 passes in a match, but Cameron demonstrated why he’s now the first name on the team sheet for his country. 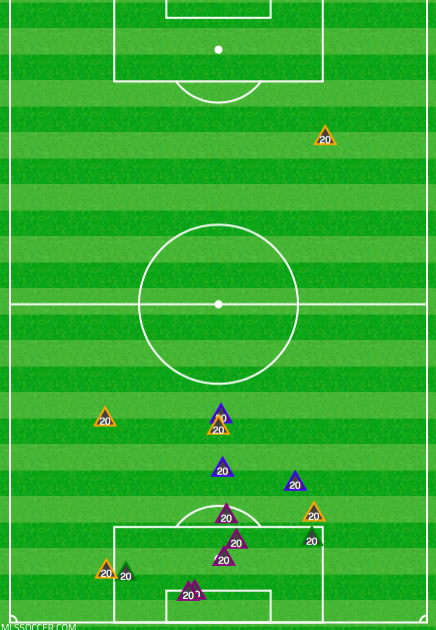 The Stoke City man was everywhere, and it’s difficult to find him at fault for following Chicharito’s run on Vela’s equalizing goal. In the second half, he was flawless.

Cameron isn’t for everyone. Walk into a bar conversation and say Geoff Cameron is the greatest American defender of all-time and you’ll probably have to fight someone. Much of this stems from two very important facts: 1.) Geoff Cameron plays for Stoke City, and, as the knowledge goes, you only play for the Potters if your footballing talents are the equivalent of a cold, wet Wednesday night in Stoke. This, of course, isn’t true, but it’ll always get you a laugh. 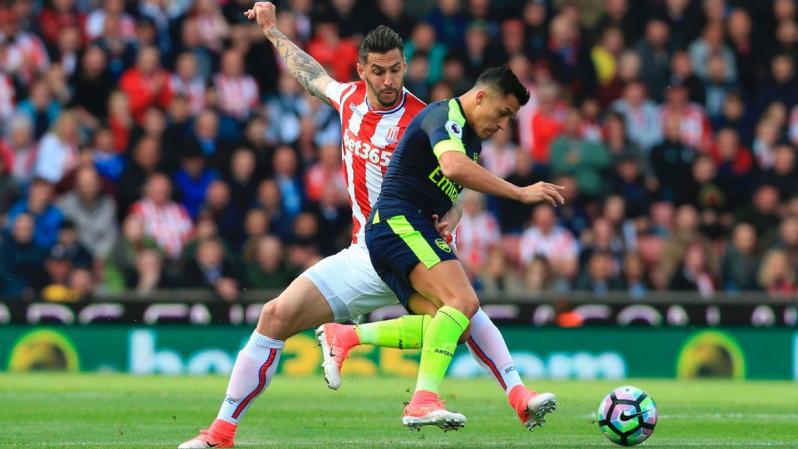 Cameron is 6’3’’ and remarkably good in the air (he won 56 aerial duels in an injury-plagued season for Stoke), but he’s also, according to Houston Dynamo forward Calen Carr, a freak athlete.

“I played with good players, like [Brian] McBride and [Cuauhtemoc] Blanco,” Carr told Bleacher Report's Noah Davis. “Some of those guys had different qualities, but as far as all-around ability combining athleticism and technique, I really don’t think I played with anybody better than Geoff. And I saw it right away. It was like, ‘This guy is kind of a freak.’”

2.) Cameron’s role for the USMNT and Stoke, up until the Copa America Centenario at least, was that of utility man. You don’t often hear the words “best” and “utility man” in the same sentence, and Cameron’s capacity to play centrally or on the right side of defense is matched by his ability to do the same in midfield.

“I’ve never been the big flashy player,” Cameron told Davis. “I’m not the goalscorer. I’m not the flamboyant guy who does all the step-overs and all that shit. I do the dirty work and the simple things good. But I’m here for a reason.”

So who are the best American defenders of all-time? The answers you’ll receive to this question aren’t exactly world-renowned — it’s not an illustrious list of names that you’ll find dominating the backs of supporters’ jerseys.

Carlos Bocanegra? Ever-reliable, fearless in the challenge and made for the captaincy, Bocanegra’s success abroad also sets him apart from fellow U.S. defenders — he played for Fulham in England, Rangers in Scotland, Rennes and Saint-Etienne in France and Racing Santander in Spain. Steve Cherundolo? The right back made over 400 appearances for Hannover in Germany and 87 for the USMNT.

What makes Cameron so special is that he nearly matches, or surpasses, all of these great achievements and skillsets. Cameron’s club career speaks for itself. He just finished his fifth season with Stoke, and the club just tied him down to an extension that will see him through the 2019-20 campaign.

Cameron’s international career, he’s now sitting at 53 caps, seems to be reaching a relatively late crescendo. At the 2014 World Cup, he disappointed and was benched after the Portugal match before returning to play well against Belgium in the round of 16.

At the Copa America Centenario, Cameron formed a partnership with John Brooks that could yet become one of the more formidable defensive pairings in the history of the USMNT.

Perhaps even more telling than Cameron’s performance against Mexico was how clearly the U.S. missed him in the opening Hex qualifiers against Mexico in Columbus and Costa Rica. Would Jurgen Klinsmann still be in the job had Cameron been fit and available for selection? It’s impossible to say, but the odds of Klinsmann surviving are certainly much higher.

The 2018 World Cup will be tantamount to Cameron’s legacy on the national team. If he performs well, there’s no doubt he’ll be included in the conversation for the best American defender of all-time. If, and when, a future American defender comes along to raise the standard even further, it’ll still be worth remembering how much higher Cameron raised the bar in his own day.