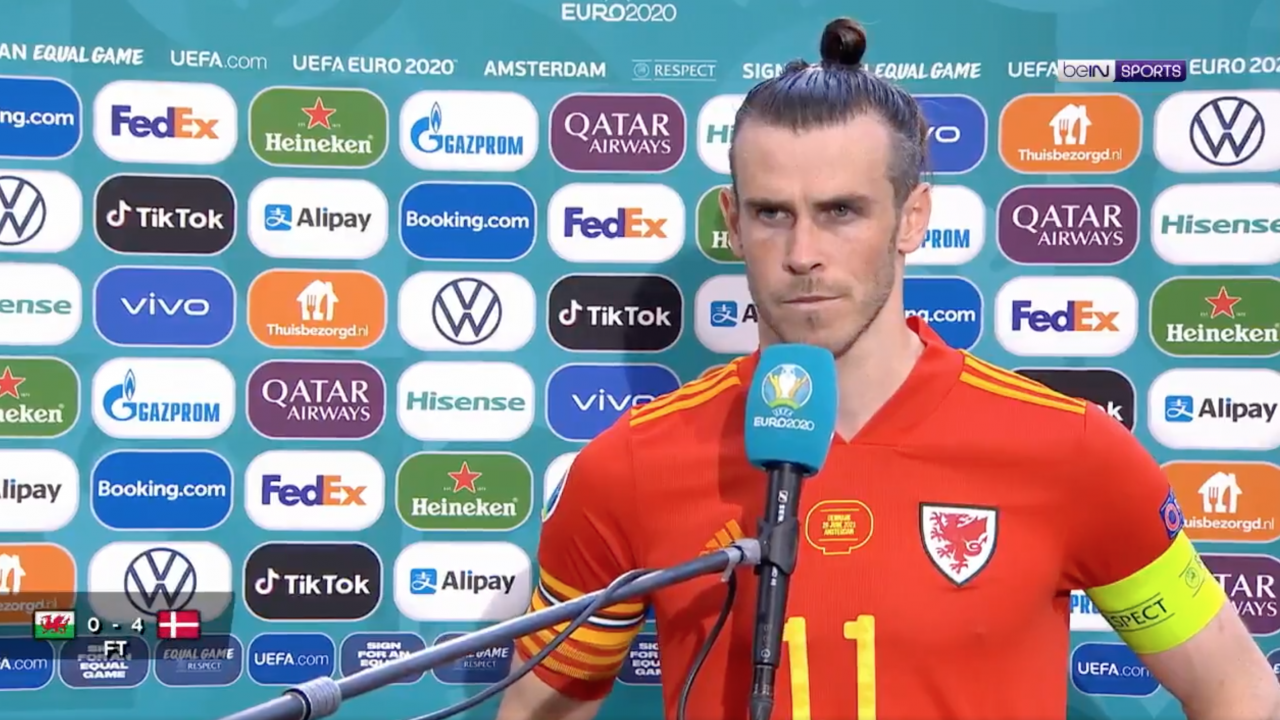 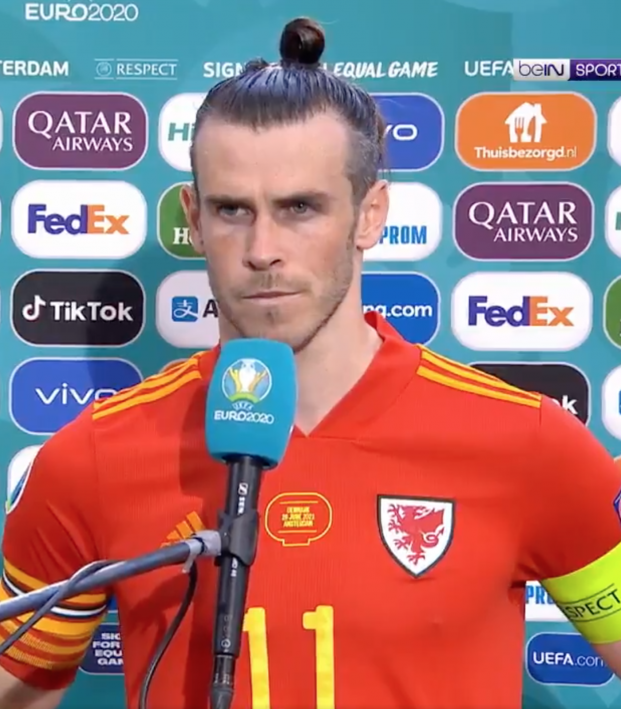 Bale Nopes Out Of Postgame Interview After Wales’ Crushing Defeat

Reuters June 26, 2021
The reporter has to ask the question, but you can’t blame Gareth Bale for the response either.

AMSTERDAM — Wales captain Gareth Bale cut short a post-match interview when asked about his future in international football after his country's crushing 4-0 loss to Denmark in the last 16 of the European Championship on Saturday.

Manager Robert Page later labelled the question insensitive and said 31-year-old Bale had done the right thing to walk away from the pitchside interview.

Wales captain Gareth Bale reflects on a disappointing loss to Denmark and sensationally walks off when asked about his international future. #beINEURO2020 #EURO2020 #WALDEN

"I know you were asked yesterday if this was going to be your last game for Wales and you said you wanted at least another one..." was as far as the BBC reporter got before a visibly annoyed Bale walked off camera.

“Like any other player in the changing room right now, he is disappointed,” Page told the post-match news conference.

“Why would he want to answer a question about his future?

"For me it’s an insensitive question. What is the point of asking that when he’s just come off the pitch after a defeat? Emotions are raw, so he’s done the right thing by walking away and gathering his thoughts,” added the manager

Earlier, Bale suggested refereeing decisions had gone against the Welsh, who ended the game down to 10 men when Harry Wilson was sent off for tripping an opponent.

Bale was adamant there was a foul on Kieffer Moore during the build-up to Denmark’s second goal soon after halftime, which left Wales with a considerable hurdle to get back in the game.

"If you play the ball through the back of someone it’s a foul. I think the referee (German Daniel Siebert) might have been influenced by the crowd," he said.

But overall, said Real Madrid forward Bale, it was chance lost for the Welsh, who were surprise semi-finalists at the last Euros in France five years ago.

"It's not how we wanted the game to go. We conceded a goal and the game changed a bit. We came out second half and conceded which killed the momentum on our part," added Bale.

"The boys are angry and frustrated but I’d rather we went out kicking and screaming than laying off and doing nothing.

“We missed an opportunity but what we can't fault is the effort and that’s the minimum requirement from the squad," he said.