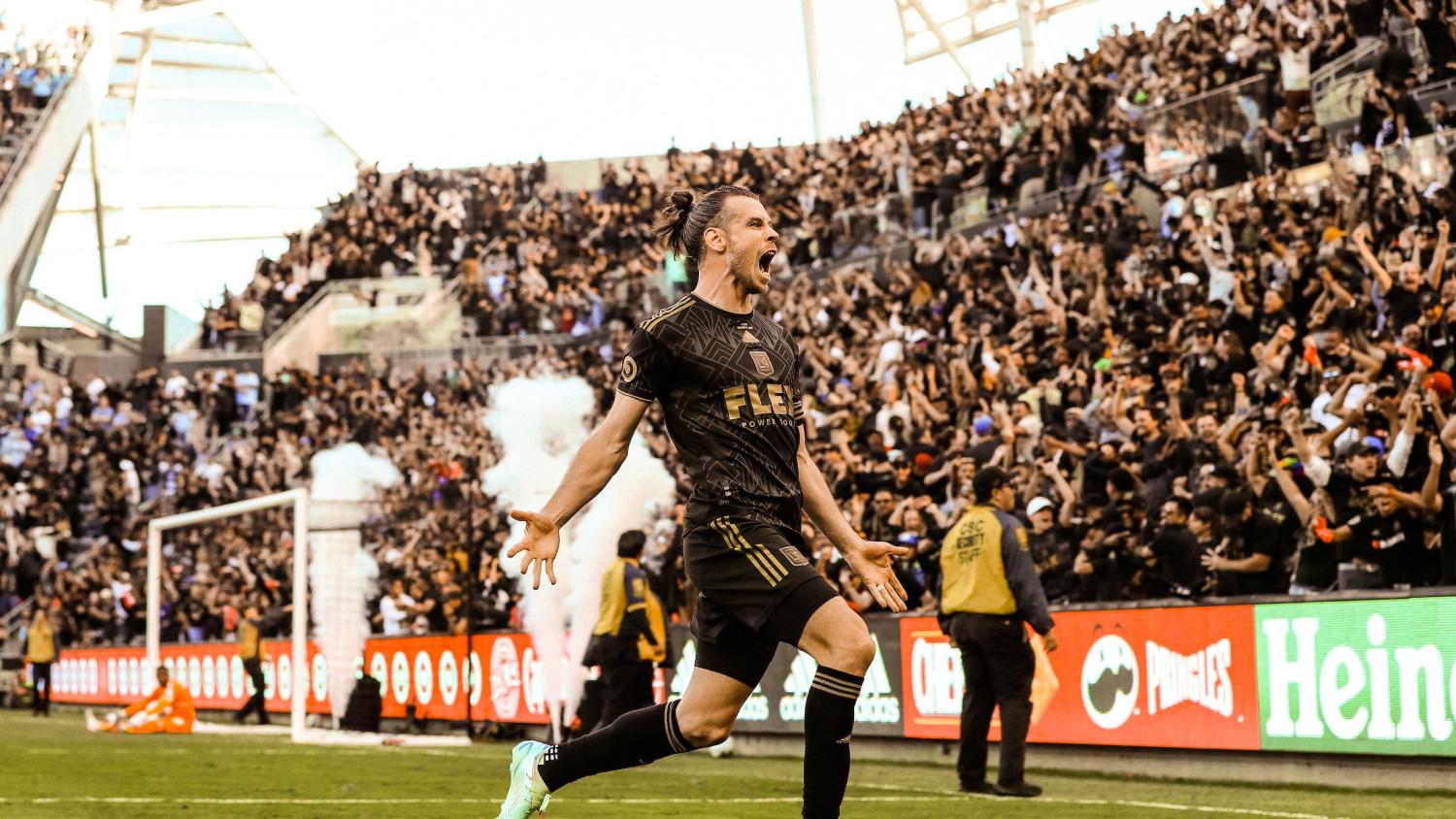 The greatest game in Major League Soccer history was played on Saturday as LAFC defeated the Philadelphia Union to win MLS Cup 3-0 on penalty kicks after tying 3-3. There aren’t adjectives adequate to describe the excitement, heartbreak and drama this game had.

With the Philadelphia Union leading 3-2 in the final minutes of extra time, Gareth Bale was the hero of Los Angeles when he scored the latest goal in MLS Playoff history. A powerful header in the 128th minute saved his team which was on the brink of defeat.

When all hope seemed lost and the home LA crowd was starting to sink in their seats, Bale rose above everyone to renew hope.

This was the climax of the game, but it came after 128 minutes of the most enthralling action this league has ever witnessed.

The scoring got started in the 28th minute. Philadelphia’s José Martínez had a poor giveaway in his own half and then fouled Carlos Vela just outside of the Union’s penalty box. All eyes inside Banc of California Stadium were on Vela, but it was USMNT midfielder Kellyn Acosta who took the shot.

LAFC would take a 1-0 lead into the half.

Martínez would be involved in the game’s next goal, however this time he would provide the assist. In the 59th minute he took a low shot from distance that Philadelphia star Dániel Gazdag settled and then took a shot of his own to equalize.

While the prolific goal scorers found the net in this game, some unlikely heroes provided the drama late in the second half.

In the 83rd minute a beautiful Vela corner kick found the head of LAFC defender Jesús Murillo who fired in the go-ahead goal. This was Murillo’s third goal in 67 MLS appearances.

The celebrations for Murillo’s goal were brief because two minutes later Union center back Jack Elliot scored a header of his own to tie the game at 2-2.

Neither side could find a winner before the clock hit 90 meaning the game would see another 30 minutes. In the 97th minute LAFC head coach Steve Cherundolo made the greatest, and gutsiest, decision in his eight-year coaching career. He subbed of Vela for Bale.

Vela, the heart and soul of LAFC, was taken off for Bale who only played five minutes in October. Bale wasn’t supposed to have any role in the MLS Cup final. However extra time called for someone extra special, and that man was Gareth.

Before any Bale heroics took place there was a heartbreaking moment on the field.

In the 110th minute LAFC and Canada national team goalkeeper Maxime Crépeau came rushing out of his goal to stop a free-running Cory Burke. The two players collided with Crépeau suffering a horror injury that the FOX broadcast deemed too gruesome to show replays of.

Massive and scary moment with 10 minutes left in extra time of #MLSCup. LAFC GK Maxime Crépeau races off his line and is badly hurt after attempting to cut off Cory Burke’s path to goal

Crépeau also received a red card for incident, but everyone was just relieved to see him give Banc of California Stadium a thumbs up as he was carted off the field.

Maxime Crépeau receives a standing ovation as he gets carted off the field pic.twitter.com/JiEbIO6JjW

After the long stoppage of play, LAFC was forced to play the final minutes (and nine minutes of stoppage time) with 10 men. Former Union goalkeeper John McCarthy was put on to replace the injured Crépeau.

In the 124th minute it looked like Philadelphia had scored the winner when Elliot poked in a rebounded shot to give the Union a 3-2 lead. McCarthy made a fantastic initial save; however, Elliot was in the right place at the right time to score his third career MLS Playoff goal.

There were only five minutes left of stoppage time after Elliot’s second goal and many fans assumed that would be the game-winner. Those who thought that forgot one thing, LAFC had a man named Gareth Bale.

The Welshman had hardly seen the ball since coming on but all he needed was one chance. It just so happened that the defender he rose above to win the header was Elliot.

USMNT head coach Gregg Berhalter needs to show that goal to his center backs a minimum of 100 times to remind them of what they’re up against.

What a goal and moment for Bale who will lead Wales against the USA in the World Cup on Nov. 21.

The game’s incessant need for drama carried its way into the penalty shootout. Philadelphia shockingly didn’t score a single one of its efforts from the spot. The Union had all the momentum too after Blake saved the first penalty.

Gazdag slipped and skied his effort over the bar, Martínez had his try saved by McCarthy and Kai Wagner would also see his shot saved.

Bale was most likely LAFC’s fifth kick taker, but he was not needed as Ilie Sánchez scored the penalty that gave LAFC its first MLS Cup.

"This place deserves this and I think you see why... These fans are amazing, they deserve a Cup and they got it."@LAFC's Steve Cherundolo shares his thoughts after winning the @MLS Cup! pic.twitter.com/iwpAEHCfSD

Lift it high, @LAFC!
⁰ #MLSCup belongs to the boys in Black and Gold! pic.twitter.com/cW9f4QHxLA