After a headbutt a la Zidane, a France U-18 game had to be abandoned because of too many red cards 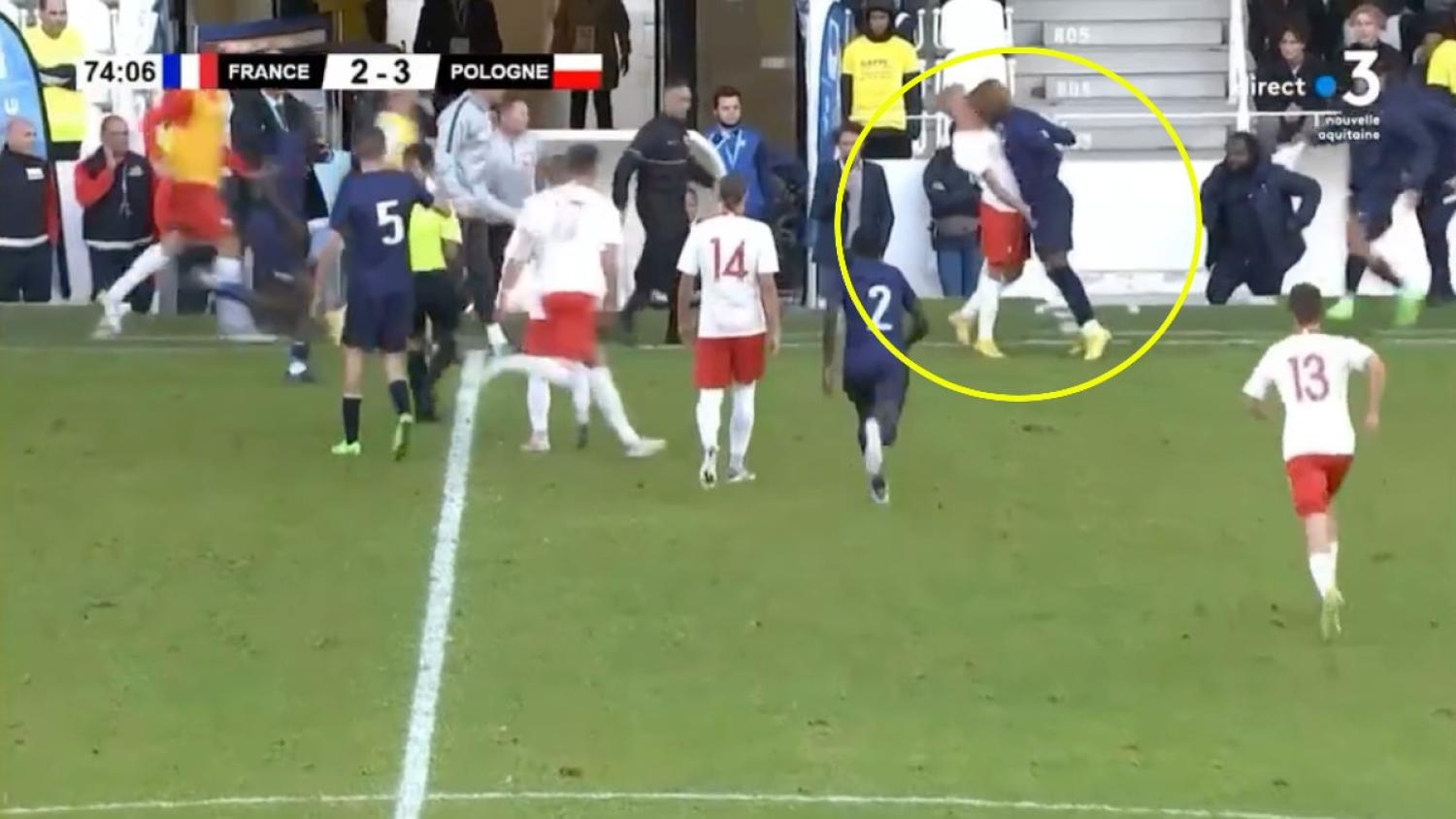 The French team lost its temper against Poland and ended up with four players sent off.
Twitter

An Under-18 international between France and Poland was abandoned with 13 minutes remaining when the French were reduced to seven players after they picked up four red cards at the Limoges tournament on Sunday.

France and Poland were drawing 2-2 – a result that would have guaranteed France victory in the tournament – after 27 minutes following a frantic start, before the hosts lost the plot after the break.

Ilyes Housni was the first to see red, in the 55th minute, before Jeanuel Belocian was also sent off six minutes later.

Poland took a 3-2 lead in the 70th minute and two minutes later France's Yoni Gomis was sent back to the dressing room for a second yellow card.

Darnell Bile capped an infamous performance with an ugly tackle followed by a headbutt that earned him France's fourth red card and led the referee to bring a premature end to the contest.