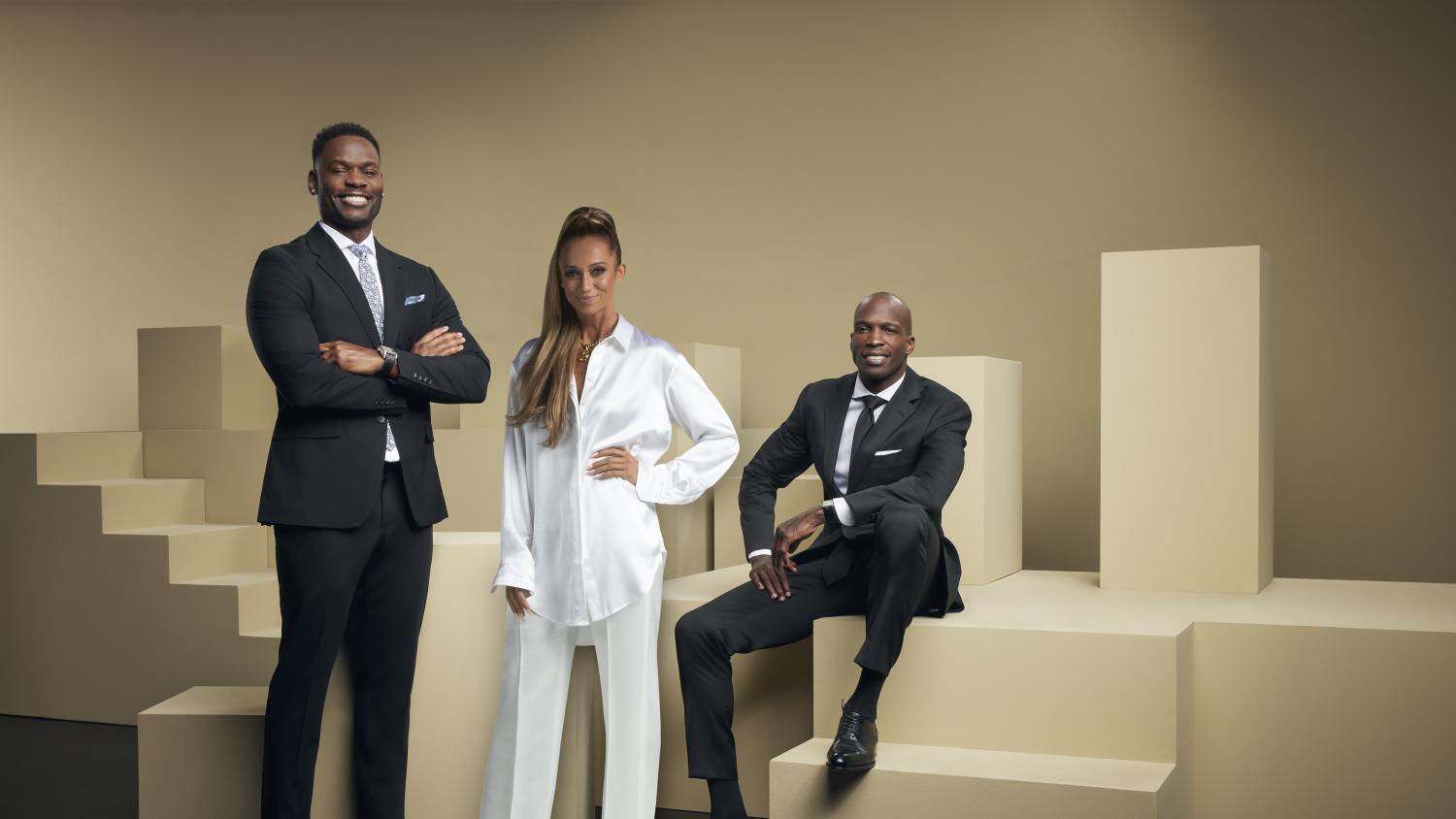 ⭐️ALL OF THE LIGHTS ⭐️

World Cup Tonight is Fox’s daily World Cup recap show. It will air at 11 p.m. ET on FS1 for most match days, though on bigger match days the show will air at 7 p.m. ET.

Abdo is one of the best in the world as a soccer studio host; in addition to working for Fox she anchors CBS’s Champions League coverage. Edu played at the 2010 World Cup and in the Champions League while also providing USMNT commentary since retirement. Johnson couldn’t make an MLS team, but hey he’s a big fan.

Abdo and Edu are excellent choices, have already worked for Fox and we know what we’re getting with them. Johnson is a bit of a wildcard, as he’s never appeared as a Fox commentator in any form (not even for the NFL).

Johnson was a flamboyant receiver during his playing days, legally changing his name to “Ochocinco” to match his No. 85 jersey. In 2011, he had a four-day trial for Sporting KC, but that’s the extent of his soccer experience since he entered high school.

A++ celebrations are coming to FIFA World Cup Tonight

Welcome to the crew, @ochocinco! pic.twitter.com/pXImH3K4lG

“We’re thrilled to be putting an absolute exclamation point at the end of every match day with FOX Sports’ star-studded ‘FIFA World Cup Tonight’ team,” said David Neal, the executive producer of Fox’s World Cup coverage, in a news release. “Kate, Mo and Chad bring expertise, experience and originality to FOX Sports’ nightly coverage of the tournament, and we look forward to having them, along with a few surprise guests, raise the level of excitement in recapping all the action for viewers across America.”

Tell me David, what expertise and experience is Johnson bringing to Fox’s World Cup coverage?

Soccer purists — a group that certainly includes Eurosnobs in the U.S. — will not be too excited about a dude who is just a famous fan being given a spot among the World Cup Tonight announcers. There’s a valid argument to be made this alienates true soccer fans in search of a broader audience. Why not include a soccer fan who actually has some experience either on TV or as a player?

On the other side, as a wild card Johnson could make this show more entertaining. With Fernando Fiore and his antics no longer a part of the show, Fox has to do something to keep people engaged, especially if it’s essentially a late-night show most of the time.

Personally, I’m going to reserve judgment until I see Johnson on TV to decide if this is a good call or not. That said, this feels like Fox is yet again failing to give soccer the respect it deserves. Imagine if Fox’s Super Bowl coverage included Karl Malone for some reason. Soccer fans remember all too well what happened the last time a U.S. TV network decided to let a star from another sport provide analysis for soccer, and it didn’t go well.

As for the rest of Fox’s coverage of the World Cup, the American broadcaster has yet to reveal its full lineup of announcers. We know Stu Holden will be the lead match analyst, presumably with John Strong though nothing has been confirmed. Alexi Lalas will be the lead studio analyst, but that’s about all Fox has made official. I’d expect Rob Stone to anchor match studio coverage, though he could be pulled away for Fox’s college football broadcasts. Fox will likely release its full list of World Cup announcers soon.