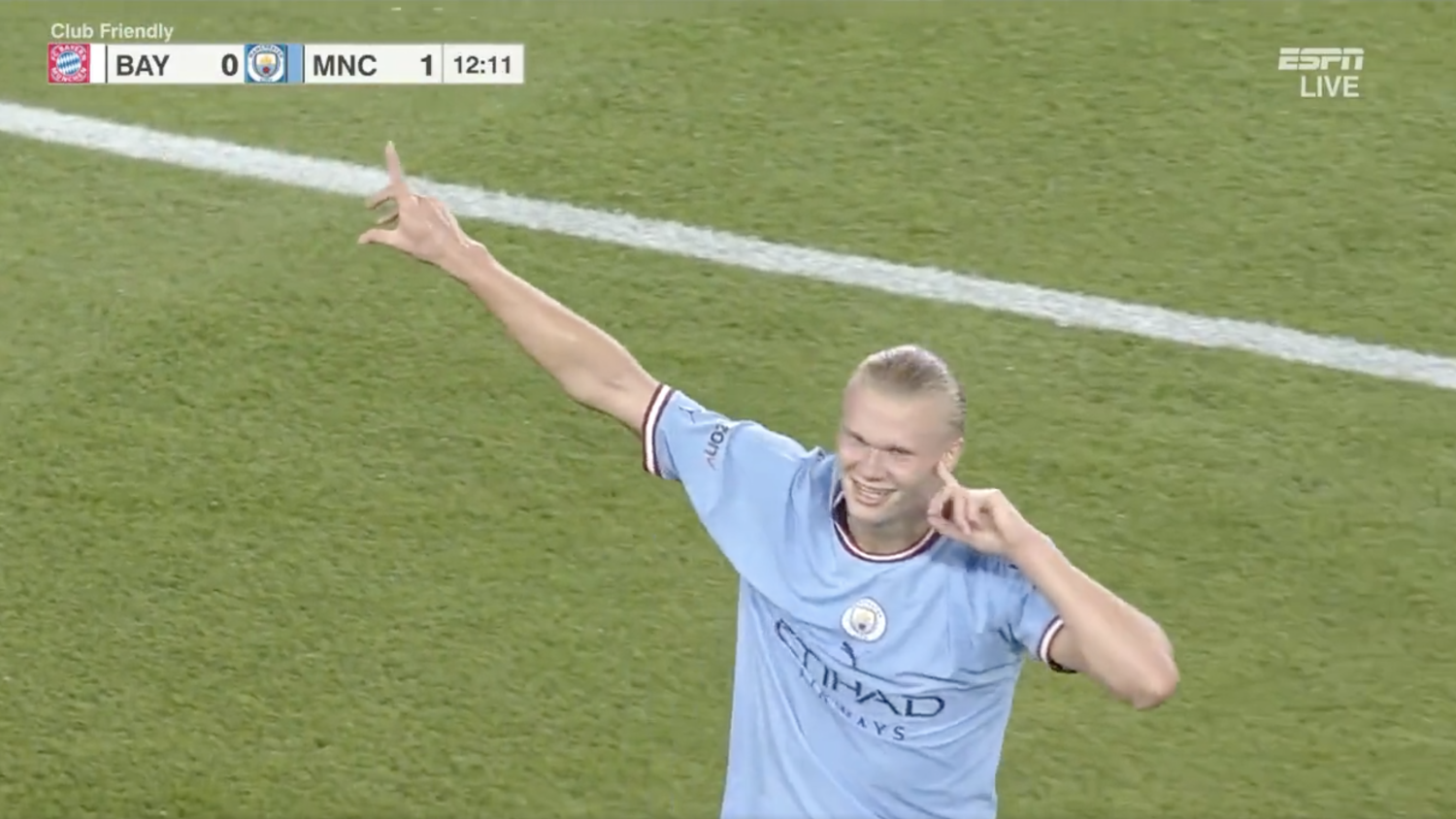 The first Erling Haaland Manchester City goal came in 12 minutes. The Norwegian superstar made his debut for his new club during a friendly at Lambeau Field vs. Bayern Munich.

The crowd would make plenty of extra noise anytime he was on the ball and the over 81,000 fans in attendance collectively lost it when he scored the opener.

The goal was electric. No seriously, the game stopped right after Haaland scored for a weather delay due to lightning in the area.

Haaland has now scored six goals in eight games against his old foe Bayern Munich. The man is nothing short of a goal scoring machine and proved that with a poacher’s finish for his first Man City goal.

Manchester City bought the 2022 Bundesliga Player of the Season for $66 million this summer. In 66 Bundesliga games he scored 61 goals.

How many will he score in the Premier League?