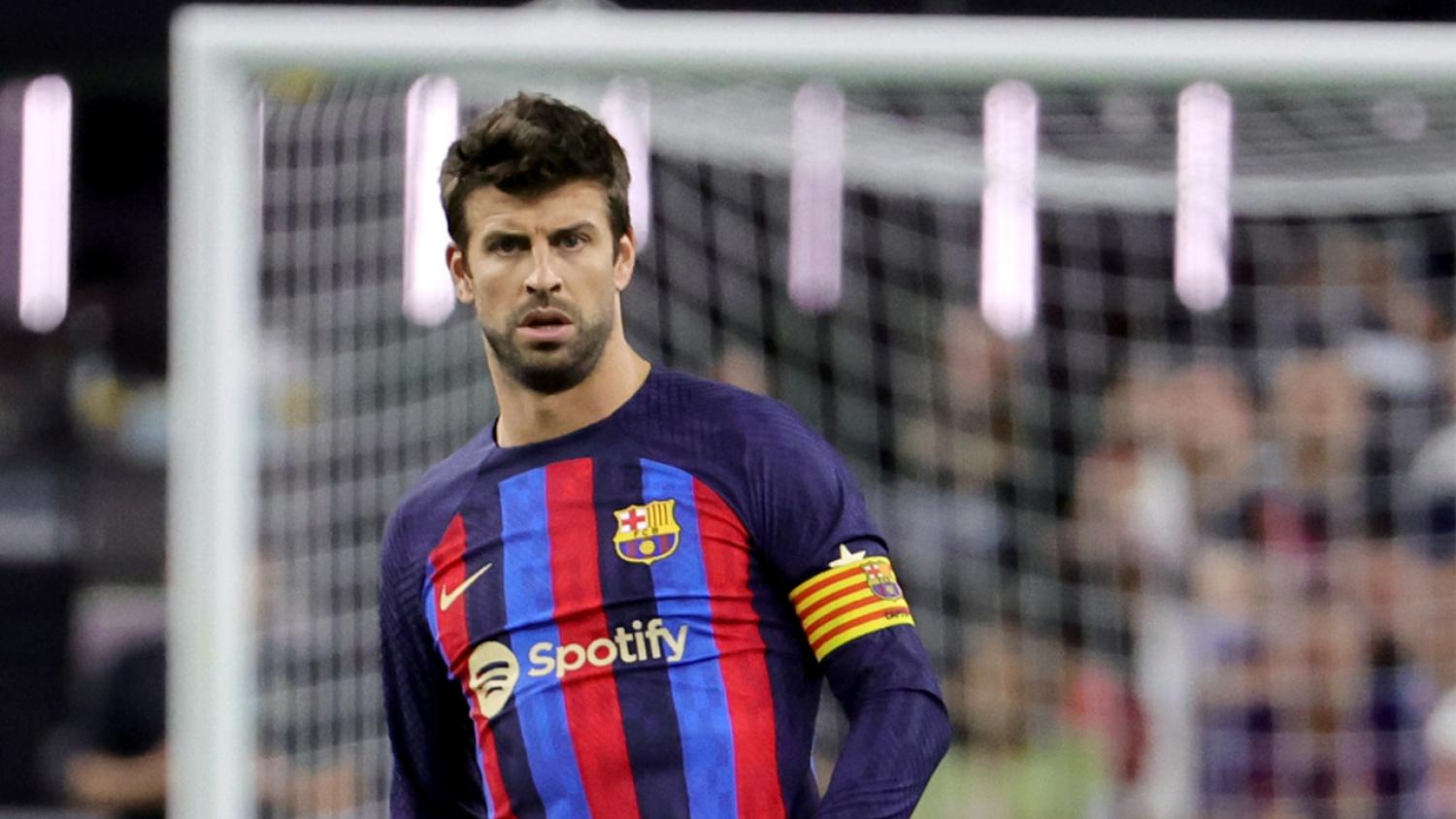 Hard times in the City of Sin.
Getty Images

Gerard Piqué was persona non grata Saturday night in El Clásico at Allegiant Stadium in Las Vegas with Real Madrid supporters naturally jeering him, Barcelona fans only too aware of the problems caused by his massive salary and neutrals showing their support for Shakira following her recent split with the Barça defender.

We thought Australia really let Harry Maguire have it during Manchester United's tour, but Las Vegas' torment of Piqué was whenever, wherever (we're meant to be together). It's only fitting that in the city of Lost Wages, Piqué took center stage.

The entire stadium booing Gerard Pique and chanting Shakira when he touches the ball. pic.twitter.com/mdHUAQUS8E

It doesn’t matter if you support Barcelona or Madrid because everyone supports Shakira.pic.twitter.com/2qGH5Mcdl9

Piqué was brought on in the 62nd-minute with Xavi preferring Eric García and Andreas Christensen at center-back.

"I don't know what the whistles are about," Jordi Alba said about Piqué's treatment. "It's true that we heard it, but I don't think he's too worried about it either. We know him. I think he is much more motivated when he is whistled than when he is applauded. He has been getting whistled at and booed for a long time, but I don't think he is going to lose sleep over it."

New signing Raphinha scored the winner with a postage stamp finish in the 27th-minute.

"In preseason, the result doesn't count," said Real goalkeeper Thibaut Courtois. "I remember when we lost 7-3 against Atlético Madrid and then we beat them twice and won the league that season. The results now don't say much."

He makes a fair point.