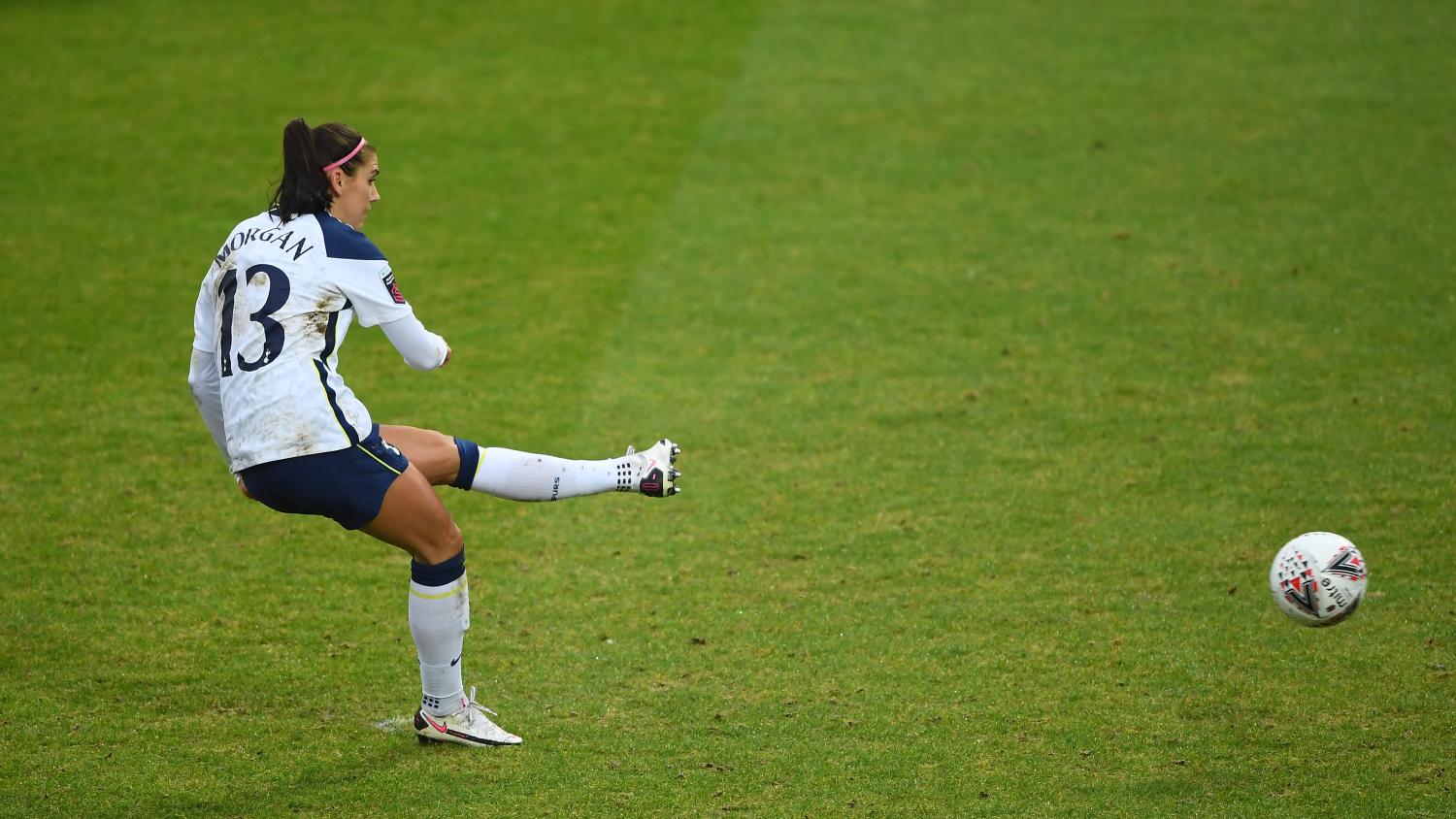 Game week 9 of the FA Women’s Super League came to a close on Sunday, and it was a massive weekend for USWNT stars in the division as Tobin Heath helped Manchester United stay top, Alex Morgan converted from the spot for Tottenham and Sam Mewis scored in Manchester City’s massive clash with Arsenal.

Man United remains undefeated after a 2-1 victory over Reading. Heath went the full 90 and delivered the corner in the 83rd minute that was eventually turned home by Hayley Ladd for the win.

Tottenham climbed up to eighth after defeating Aston Villa 3-1. Morgan opened the scoring in the 13th minute after earning and converting a penalty.

Villa equalized, but Spurs reestablished their lead after Caroline Siems was forced into an own goal following Morgan’s cross in the 36th minute.

It's another @alexmorgan13 special as she fires one across the danger area to find a touch from Percival before finding the net #BarclaysFAWSL pic.twitter.com/zQz1T54Etr

In Sunday’s match of the day, Vivianne Miedema gave Arsenal an early lead against Man City, but Sam Mewis stood right in front of goal and nodded home an equalizer off a corner kick in the 30th minute.

The is amongst the goals again! @sammymewy heads in her third of the season! pic.twitter.com/nOcBmGbZph

City scored a dramatic winner in the fourth minute of stoppage time after a barrage of four shots finally ended with Caroline Weir finding the back of the net.

Winning it in the dying moments for @ManCityWomen! #BarclaysFAWSL pic.twitter.com/pNqL2Gaw9X

It’s tight at the top of the table.