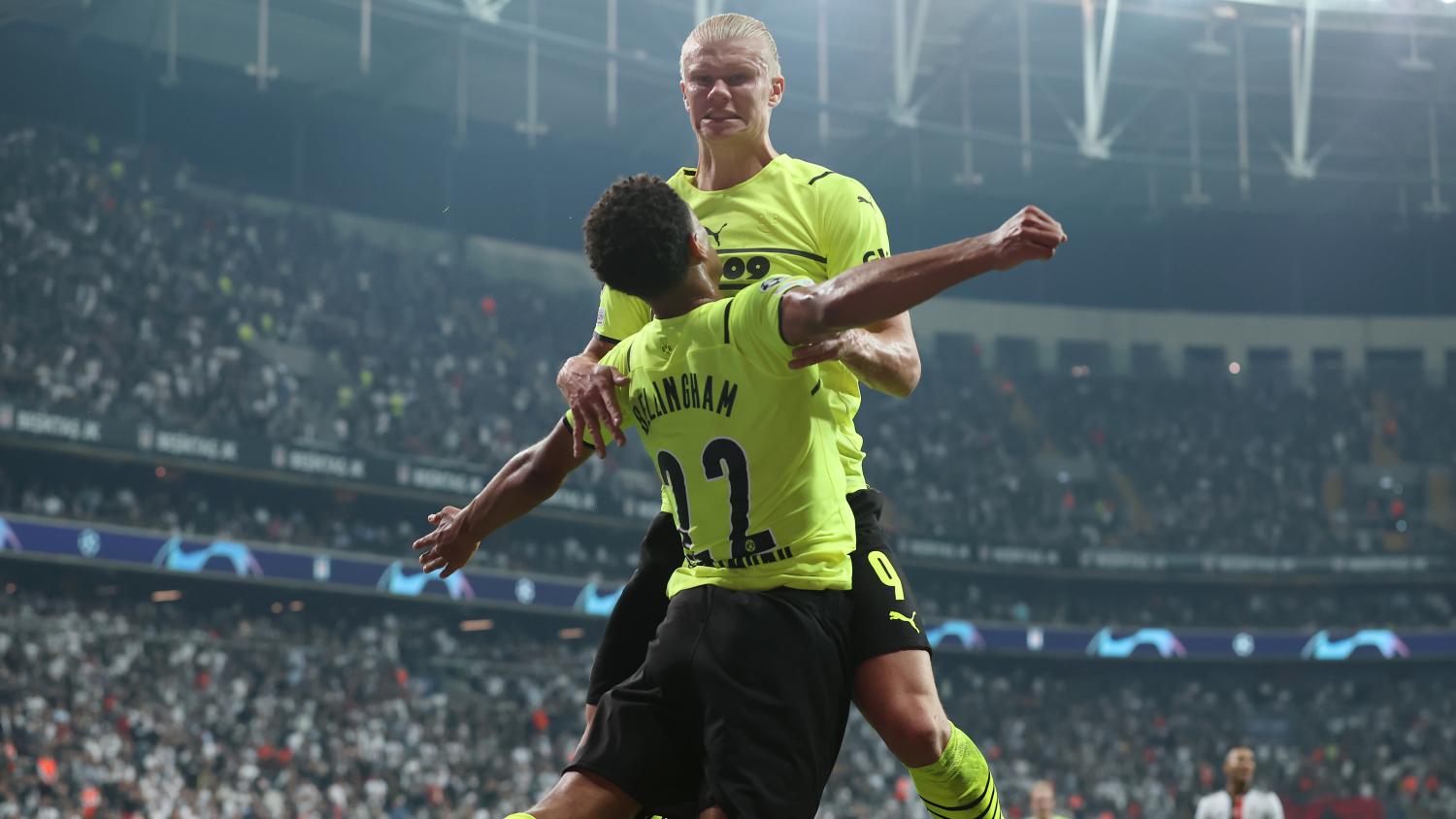 A goal every 64 minutes in the world’s hardest competition. That’s preposterous.
Getty Images

It was a tongue in cheek joke when Erling Haaland burst onto the Champions League scene during the 2019-20 season with 10 goals in eight games to extrapolate that scoring rate into the future. But when Haaland finished as the UCL’s top scorer in 2020-21 with those exact same numbers, the giggles turned to disbelief.

Well, Haaland’s third season in the Champions League began on Wednesday with Borussia Dortmund traveling to Istanbul to play Beşiktaş, and the 21-year-old scored what would eventually prove the match-winner just before halftime.

Twenty-one goals in 17 appearances at the game’s highest level. That’s an average of 1.24 per game or a goal every 64 minutes and 10 seconds.

There are only two comparable players in the modern game. Cristiano Ronaldo is the leading scorer in the history of the competition with 135 goals in 177 games — that’s 0.76 per game or one every 113:54.

If we take Haaland’s current pace of scoring and apply it to the future, we see that he’ll surpass Ronaldo’s total by match No. 110 of his Champions League career. That’s 93 games from now.

Of course Messi and Ronaldo’s numbers have been greatly helped by team success. If you reach the final and play every match, that’s 13 appearances in a campaign. Ronaldo and Messi have almost always played 10+ UCL matches every season over their careers (10 is a trip to the quarters), but it’s easy to accept that Haaland will do the same at Dortmund this season before routinely doing the same at whatever super club he transfers to.

So 93 more games needed and roughly 10 appearances per season means that Haaland’s approaching and surpassing Ronaldo’s current total in 9.3 years. He’ll be 30 going on 31 then.

And if he plays until 40 like Zlatan Ibrahimović, then we’re gonna need a super computer to figure all this out.