Reguilón, Dier Awarded ‘Man Of The Match’ Honors For Actions During Cardiac Arrest 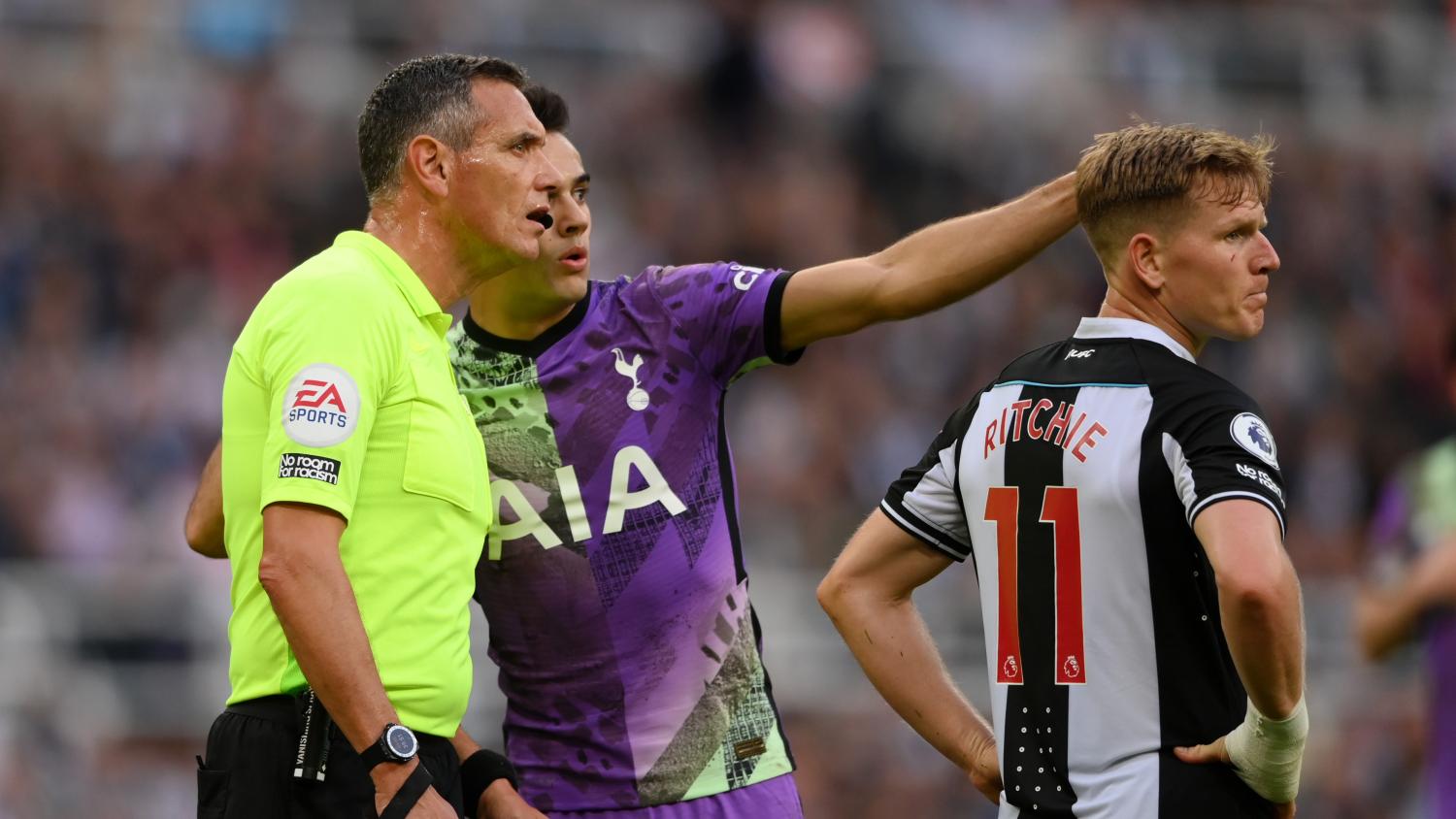 Reguilón got the referee’s attention to stop the game and Dier helped secure a defibrillator.
Getty Images

Spurs were leading 2-1 in the 41st minute when referee Andre Marriner halted the match after the players brought the medical emergency in the East End of the stadium to his attention.

Reguilón was among the first to notice the fan in distress, alerting Marriner, while Dier ran to the dugout and motioned for a defibrillator to be brought over. Play was suspended for a few minutes as the referee beckoned to the players to leave the pitch while the fan was treated as a hush fell over the stadium.

"The supporter who was in need of urgent medical assistance has been stabilized and is on their way to hospital," Newcastle said later.

Newcastle vs. Tottenham was suspended due to a medical emergency in the stands.

The players, especially Sergio Reguilon and Eric Dier, made the match officials aware.

The fan has been stabilised and is on their way to hospital.

After the players returned, they played out the final seven minutes of the first half. Spurs eventually won the game 3-2. Dier and Reguilón were awarded the 'Man of the Match' for their actions.

"I think three points is always a moment of happiness but for me, more important is the guy (the fan who received medical attention), they are telling me he is OK and stable," Reguilón told the BBC. "I saw the fans waving and I saw a guy lying down, I saw something wrong had happened. I looked at the gaffer and he stopped the match. I think now everything is OK and 100% happiness. It was very strange, we went to the dressing room and I was looking at the man lying down, I was nervous because I don't like to watch that."

Spurs skipper Harry Kane said they were glad to hear the fan was doing better.

"Firstly we want to say best wishes to the guy in the stands, it was not a good sight to see," Kane said. "We hear that he might be stable now, so we're thankful to the medical teams and the fans who were doing the CPR."

"I went to the referee and said 'look at this - stop the match'."

Sergio Reguilón explains what happened during the incident during the first-half of #NEWTOT... pic.twitter.com/L9ayEFWuhx

(Reporting by Dhruv Munjal and Rohith Nair in Bengaluru; Editing by Kevin Liffey and Toby Davis)