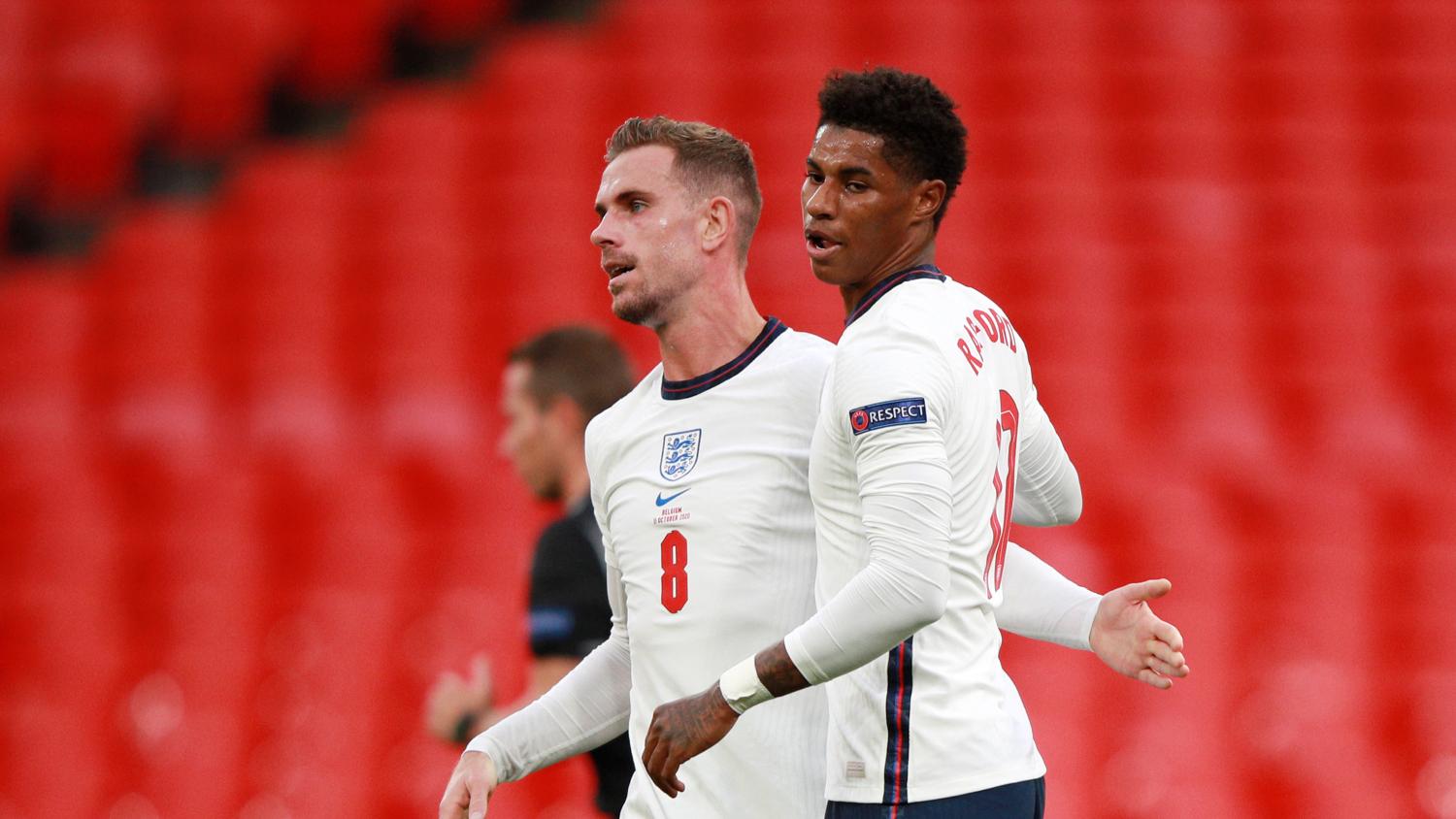 Marcus Rashford's penalty and a lucky strike from Mason Mount helped England come from a goal down to overcome top-ranked Belgium 2-1 at Wembley on Sunday and climb above them in their UEFA Nations League group.

Romelu Lukaku opened the scoring for the visitors from the penalty spot in the 16th minute after being brought down by a lunging tackle from England's Eric Dier. It was the Inter Milan striker's 13th goal in his last 11 matches for his country.

Romelu Lukaku now has 13 goals in his last 11 appearances for Belgium dating back to 2018 pic.twitter.com/HrbGSccBiK

The Belgians pressed forward, with Yannick Carrasco and Kevin de Bruyne finding space and time to create seven shots on goal to England's two in the first half. But when England won a corner late in the half, Belgium's Thomas Meunier clumsily pulled down the hosts' captain Jordan Henderson to concede a penalty.

Rashford converted from the spot to register his 11th goal in an England shirt.

England picked up the pace in the second half and got their reward through Mount in the 64th minute with a shot that took a heavy deflection off the boot of Belgium defender Toby Alderweireld, looping over keeper Simon Mignolet into the far corner of the net.

Despite Belgium pushing forward repeatedly, England kept their shape and ran the clock down to record a win that put them on seven points in the Nations League group to Belgium's six.