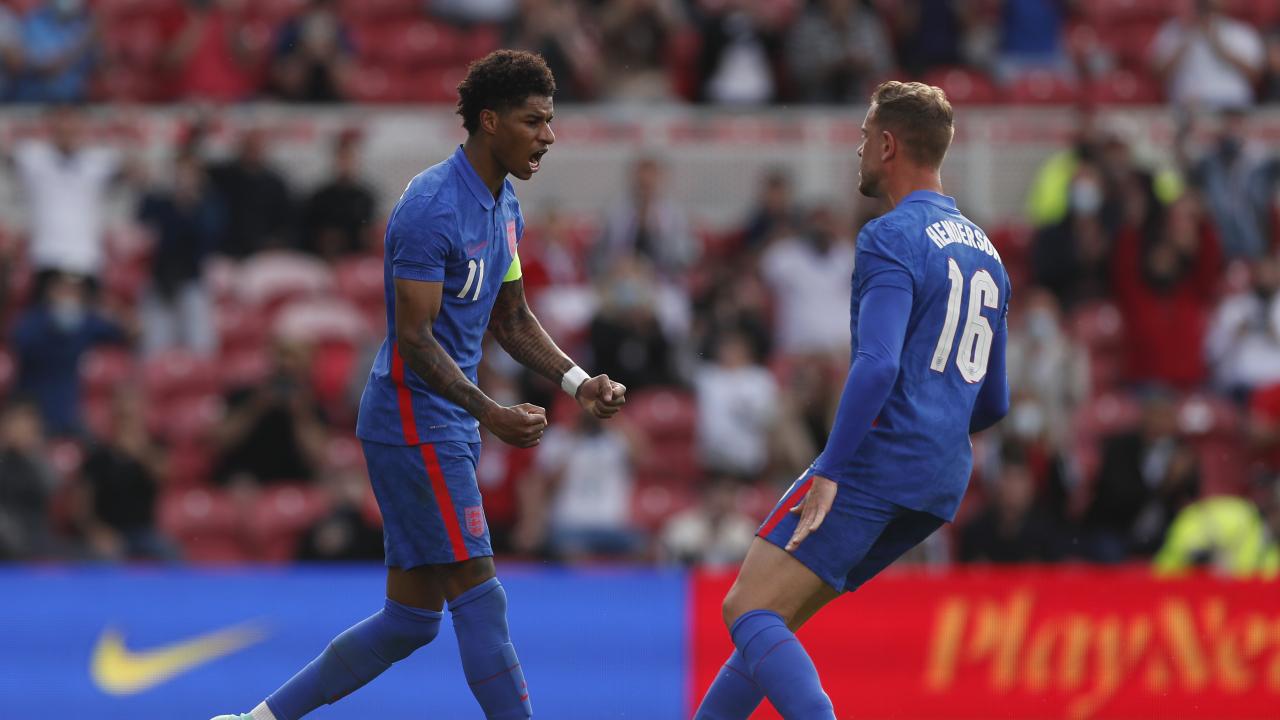 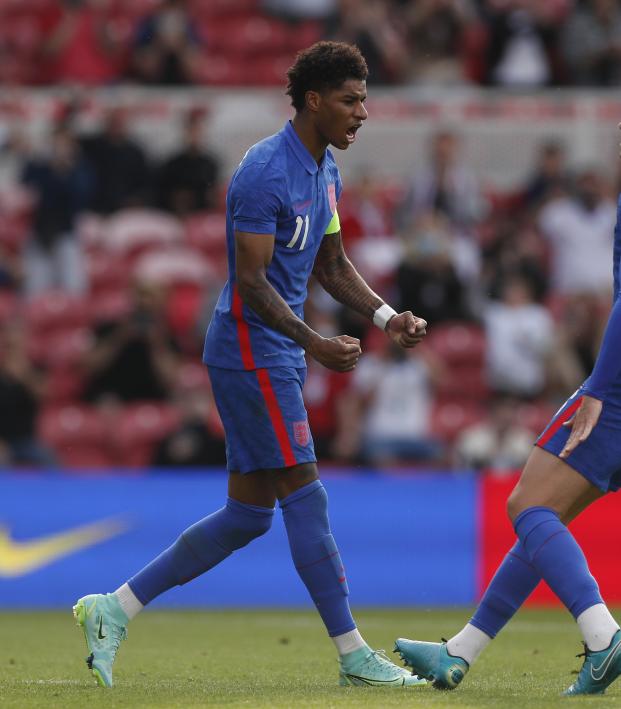 MIDDLESBROUGH, England - A makeshift England side beat Romania 1-0 in their final Euro 2020 warm-up game on Sunday as Marcus Rashford converted a 68th-minute penalty after manager Gareth Southgate made nine changes to the team that beat Austria by the same score on Wednesday.

Rashford left Florin Niță rooted to his line with a perfectly taken spot kick after Tiberiu Căpuşă brought down Jack Grealish but the Romanian goalkeeper did well 10 minutes later when he saved a Jordan Henderson penalty.

Henderson returned to action for the first time since being sidelined with a groin injury in February and having come on as a halftime substitute, the Liverpool captain missed a 78th-minute spot kick.

Both sides created chances in a lively contest at the Riverside Stadium and England twice hit the woodwork in the first half before England keeper Sam Johnstone denied Deian Sorescu with a fine stop. Dominic Calvert-Lewin headed against the crossbar in the 32nd minute after James Ward-Prowse swung in a free kick and Jadon Sancho rattled the woodwork six minutes later with a superb shot from inside the penalty area.

Having taken the lead, England survived another scare shortly afterwards as Johnstone produced a spectacular save to keep out a ferocious close-range volley by Andrei Ivan before Henderson's penalty miss.

What a save from Sam Johnstone pic.twitter.com/dGjQJAGc3s

Defender Vlad Chiricheș sent Calvert-Lewin tumbling with a clumsy aerial challenge but Henderson failed to take advantage as Niță dived the right way to palm away his low shot and then smothered the rebound. England substitute Jude Bellingham went close at the other end with a header at the far post in the dying minutes as the home side kept pressing in search of a second goal.

England open their European Championship Group D campaign against Croatia at Wembley next Sunday before taking on Scotland on June 18 and the Czech Republic four days later all at the same venue.

The Scots also won their last friendly before the June 11-July 11 tournament with a Che Adams goal giving them a 1-0 win at 10-man Luxembourg. Adams's tame-looking shot squeezed underneath Luxembourg keeper Anthony Moris in the 28th minute before the home side's center back Vahid Selimovic was shown a straight red card in the 34th for a last-man foul on Lyndon Dykes.

Scotland open their campaign against the Czechs at Hampden Park on June 14 and they take on Croatia at the same venue on June 22 following their match with England.