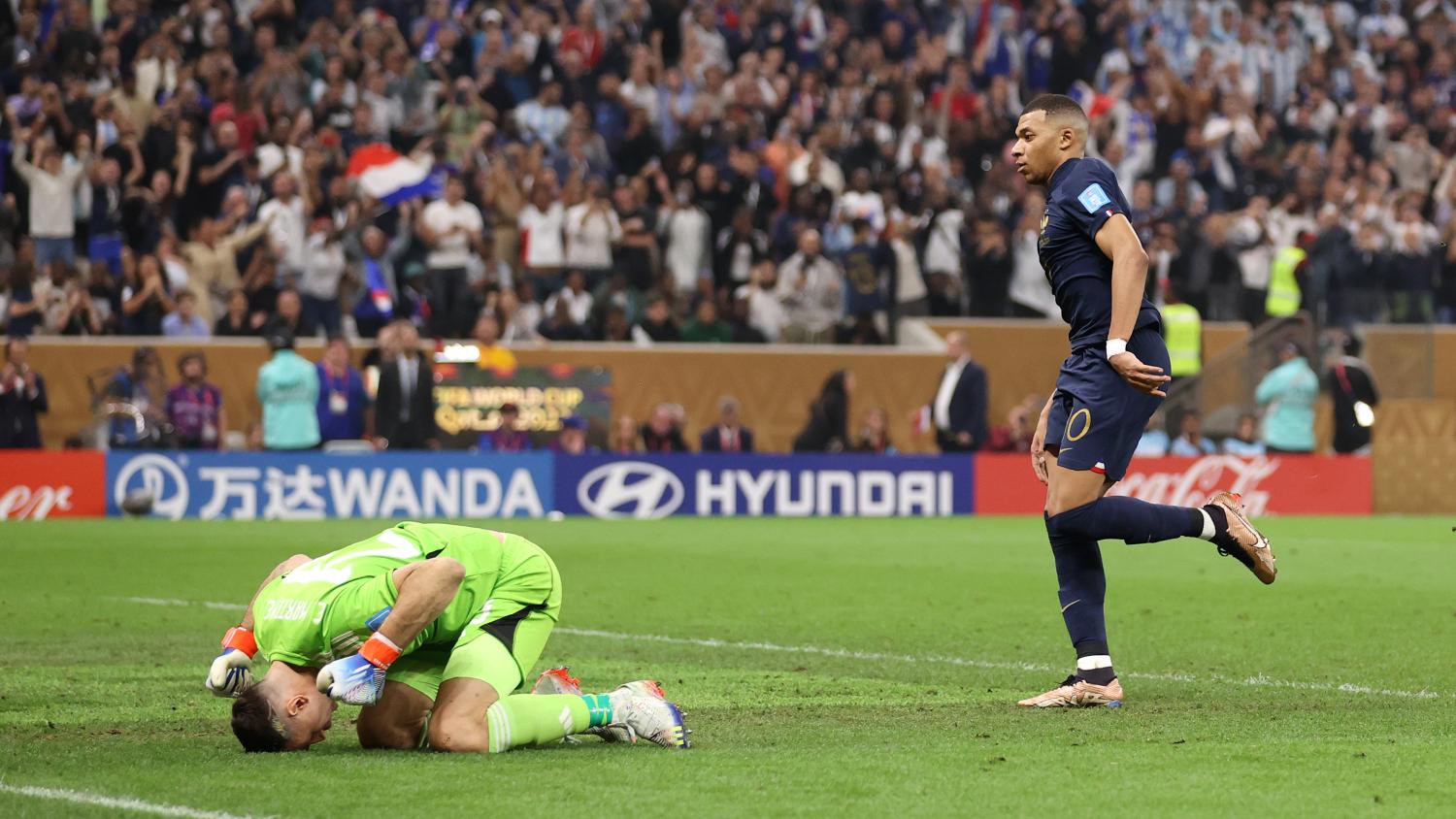 The Frenchman dismissed the Argentine's celebrations as "futile."
Getty Images

PARIS - France striker Kylian Mbappé has shrugged off Argentina keeper Emiliano Martínez's taunts after the World Cup final, saying he did not "waste energy on such futile things" as he awaited the return of Paris Saint Germain teammate Lionel Messi.

Mbappé became the second player to score a World Cup final hat-trick as he dragged his country back into the match with a late second-half double and an extra-time penalty, which was still not enough as Argentina prevailed in a shootout.

During Argentina's jubilant homecoming, a group of fans set alight a makeshift coffin lid adorned with a cross and a picture of Mbappé. Martínez clutched a toy baby with Mbappé's face on it during an open-top bus parade through the capital on Dec. 23.

"The celebrations, they're not my problem. I don't waste any energy on such futile things," Mbappé told reporters after converting an added time penalty to give PSG a 2-1 win over Strasbourg in his first Ligue 1 game after the World Cup final. "What's important for me is to give the best of myself for my club, and we're looking forward for Leo (Messi) to return to continue scoring and winning matches."

Thoughts on Emi Martinez's celebrations with an Mbappé doll? pic.twitter.com/ET3GDXsTLu

Asked about Argentina's World Cup-winning captain Messi, who will return to the Paris club after the New Year, Mbappé said he congratulated him following the final.

"It was a life's goal for him, for me as well, but I failed, so you must always remain a good sportsman," he said.

Aston Villa coach Unai Emery said on Friday that he would talk to Martínez about the keeper's attitude during the World Cup celebrations when he returns to the Midlands club.

(Reporting by Tommy Lund in Gdansk; Editing by Ken Ferris)