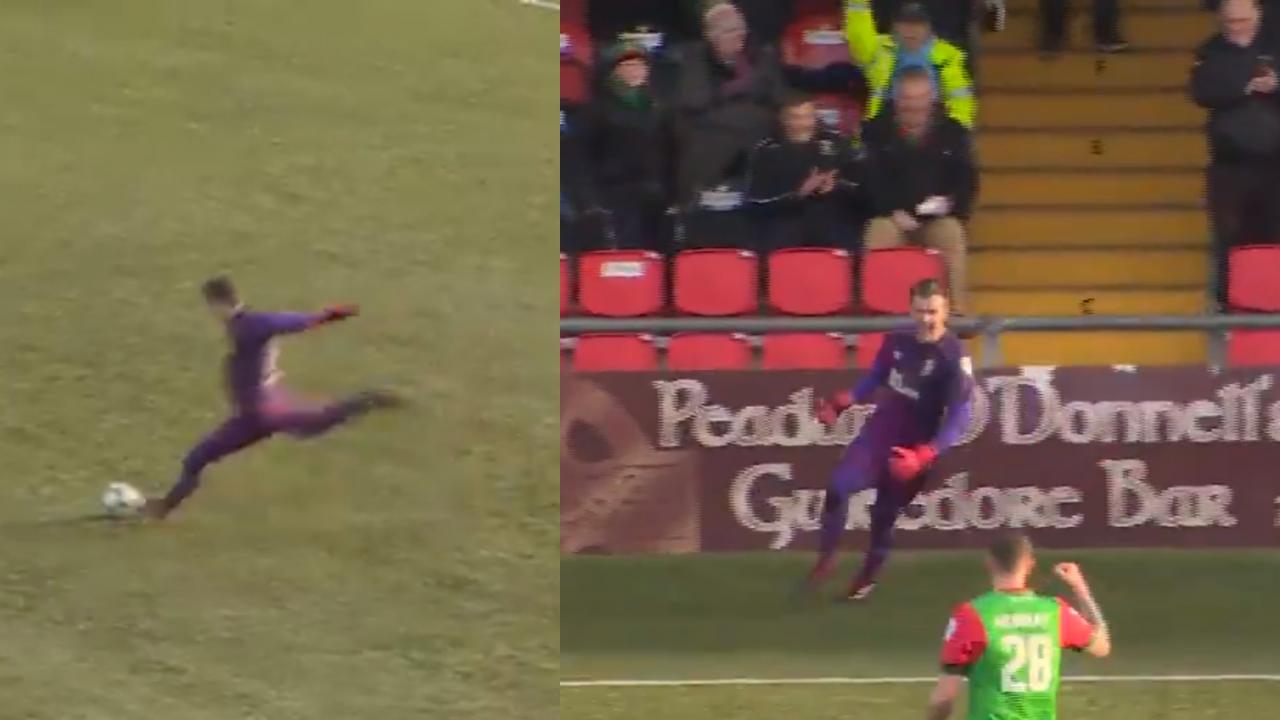 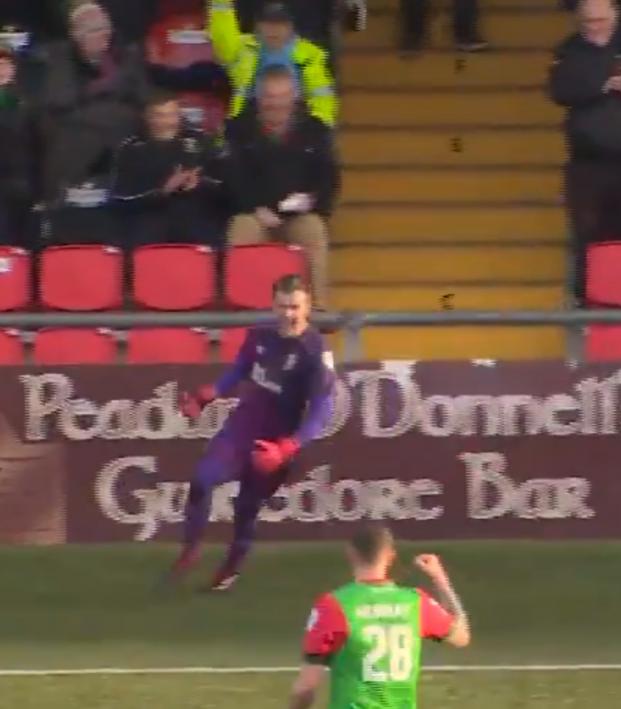 Before Saturday, 37-year-old Elliot Morris had made 722 appearances for Belfast club Glentoran FC of the Norther Ireland Football League Irish Premiership. That was just fine, considering he’s a goalkeeper.

Goalies do score, from time to time, usually on a goal-mouth scramble late in a match seeking an equalizer. There is the occasional goalie who scores from his own penalty area, like Tim Howard or Asmir Begovic. Usually those take massive bounces that fool the opposing keeper.

But this, this was quite out of the ordinary, and for once the celebration matched the goal.

When Tim Howard scored for Everton against Bolton from inside his own 18-yard box, the American refused to celebrate out of sympathy for opposing keeper Adam Bogadan, calling it a “cruel” goal. When Elliot Morris scored his first goal in his 723rd appearance, he celebrated like he had just won the World Cup.

And Morris’ goal, unlike most goalie goals, came off a free kick — from well inside his own half — and didn't take a bounce.

The goal came in the opening 45 minutes of Glentoran’s Irish Premiership match against Institute at the quaint Brandywell stadium in Derry. Taking a free kick about 30 yards from the halfway line, Morris launched the ball toward the Institute goal.

Martin Gallagher, tending the net for Institute, either lost the ball in the sun, misjudged the trajectory, had a lapse in concentration or a combination of all three, as the ball sailed over his head, off his hands in a late attempt to keep the shot out and into the back of the net.

Elliot Morris, a Belfast native who now has scored a goal once every 65,000 minutes, couldn’t contain himself.

While we understand goalkeepers not wanting to celebrate a goal that’s clearly the mistake of an opposing goalkeeper — there’s an unspoken bond among all goalies — we love the sincerity in Morris’ celebration.

You do feel bad for Gallagher; not even the baseball cap could protect him from allowing what has to be described as a howler.

Glentoran went on to win the match 2-0.