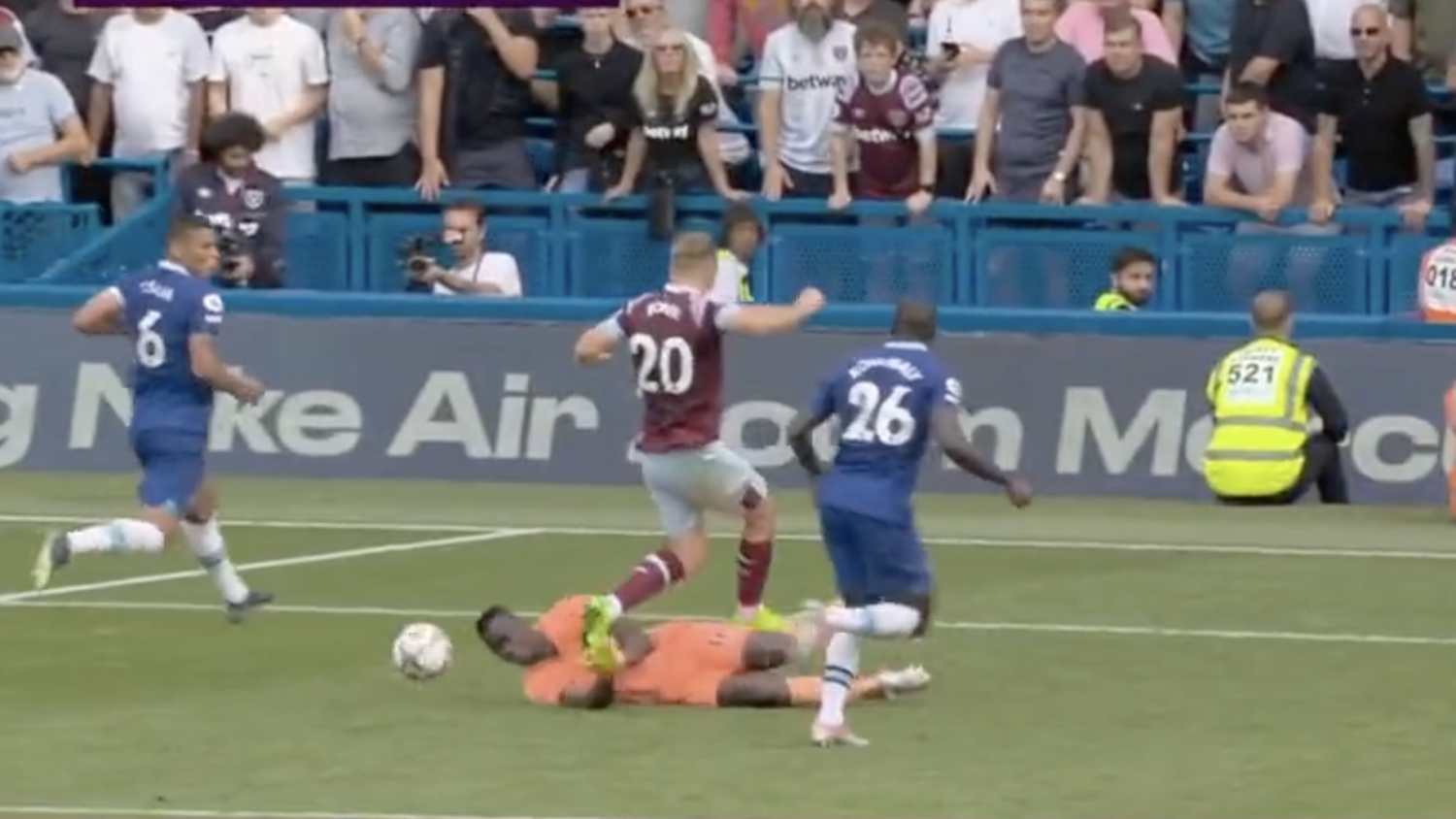 Chelsea defeated West Ham 2-1 on Saturday and narrowly escaped Stamford Bridge with three points. The Hammers thought they had tied the game at 2-2 in the 90th minute when Maxwel Cornet buried a shot into the Chelsea net.

A VAR review decided that Jarrod Bowen’s collision with Chelsea keeper Édouard Mendy moments before Cornet’s goal was enough to wipe away the goal.

Maxwell Cornet's equaliser for West Ham against Chelsea, which was later ruled about by VAR for a foul on Edouard Mendy.

Mendy certainly made the most out of the light contact. Referee Andy Madley didn’t initially call a foul, however VAR advised him to look at the replay.

What you think? Was West Ham robbed or did Madley get the call correct? Here’s what the fine folks of Twitter thought about the call.

Nah this is the worst decision var has ever made pic.twitter.com/XcuTpCVd9G

Chelsea's biggest signing in the transfer window was VAR pic.twitter.com/kOBPDvGuhG

Yes, that is not a foul from Jarrod Bowen. Mendy literally dived at his feet, what is he supposed to do? pic.twitter.com/NFPTMitgwa

— Has the Referee or VAR made a poor decision? (@PoorEPLreferees) September 3, 2022

VAR COMING IN CLUTCH FOR CHELSEA THE END IS NEARRRRRRR

The Chelsea West Ham VAR review was the cherry on top of an insane second half. Despite Chelsea dominating in possession and chances, it was Michail Antonio who opened the scoring in the 62nd minute.

The underdog’s lead would last 14 minutes before substitute Ben Chilwell scored a quick-thinking and clever goal.

Kai Havertz scored the game-winner in the 88th minute. The goal shouldn’t have been the winner in the minds of West Ham fans. Havertz will be pleased with his first goal of the season after a brutal drought.

How Did Christian Pulisic Do?

As an American website we’re legally required to talk about Pulisic. The American didn’t get a transfer or loan away from the club before Deadline Day but was given his first start of the season on Saturday.

The first half was the polar opposite of the second. Chances were far and few between in the opening 45 minutes with only a couple half chances for Pulisic.

He looked much better than he did against Southampton. Pulisic was comfortable on the ball and created a couple of chances.

His performance was decent, but it clearly wasn’t enough as Thomas Tuchel replaced him with Mason Mount at the 60-minute mark.