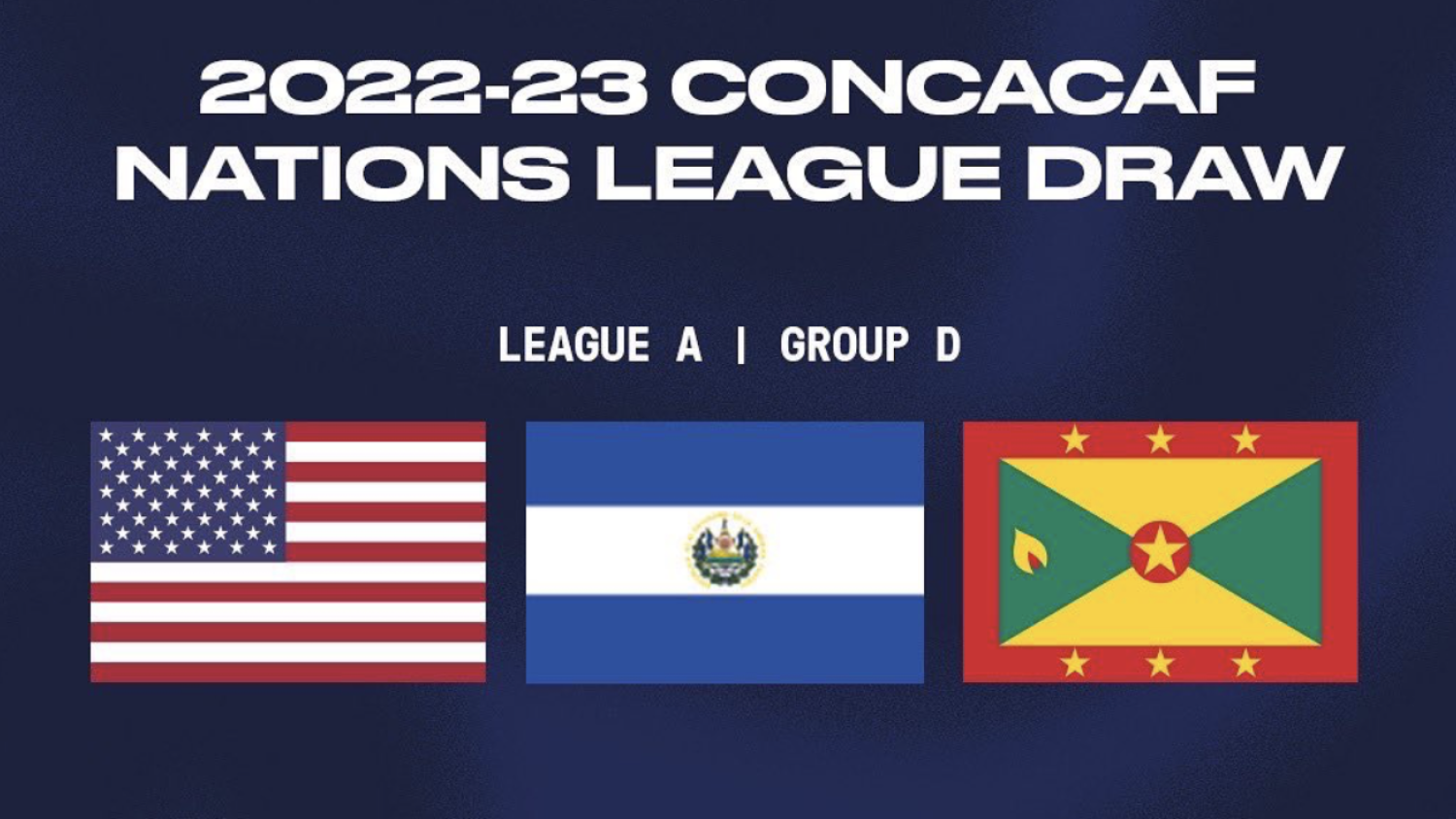 Nothing like getting ready for England by playing the 170th ranked country in the world.
@USMNT | Twitter

I have a serious bone to pick with the Concacaf Nations League after Monday’s draw revealed the two nations in the USMNT’s group: El Salvador and Grenada.

The issue isn’t the league itself — I think it creates great opportunities for the lower teams in Concacaf — my problem is that in one of the final two international breaks before the World Cup the USMNT will be forced to play against El Salvador and Grenada.

We have our #CNL League A Groups all set! pic.twitter.com/A7ecMjPqcE

The USMNT will likely play just six games before the World Cup in November with international breaks in June and September. A third of the six games for the U.S. will be against lower Concacaf opposition. The World Cup draw has pitted the U.S. against England, Iran and the winner of the playoff between Wales/Ukraine/Scotland.

Nothing says World Cup prep better than getting ready for massive group stage games against two UEFA teams and an AFC nation like a contest against 170th ranked Grenada.

In key preparations for the World Cup, the USMNT is going to play El Salvador and Grenada! https://t.co/65YbN8x6iC

In some good news the U.S. is reportedly close to scheduling one of the four remaining preparation games against Uruguay.

The USMNT and Uruguay are set to play a friendly this year ahead of the 2022 FIFA World Cup, according to ESPN Uruguay.

While there isn’t a South American team in the USMNT’s World Cup group, Uruguay is loaded with talent and will provide a real test for the USMNT. Uruguay, ranked 13th in the world two spots ahead of the U.S., will be the highest ranked non-Concacaf opponent for the Americans in over a year. Gregg Berhalter’s side played a friendly vs. Switzerland on May 30, 2021, in which his team fell 2-1. Switzerland was ranked 13th at the time.

Berhalter said in an interview that the goal is to fill the last four friendly slots with teams from confederations the U.S. hasn’t played yet. “We’ve played only Qatar from Asia, and that’s something we want to play against as well, and then potentially South America and Europe. And just continue to get experience with different styles of play, different ways to approach the game and just see different opponents as we prepare for the World Cup,” Berhalter said.

My biggest concern is that the U.S. won’t be able to schedule any friendlies with European opposition due to the UEFA Nations League being played during the international windows.

I only have one idea for how the U.S. could schedule a friendly vs. an UEFA team during that June window. If Scotland and Ukraine are playing their postponed World Cup qualifier at the same time as the Nations League, then maybe one of the two teams from their Nations League group might have an opening. Ukraine, Scotland, Ireland and Armenia are all in a Nations League group. If Ukraine and Scotland are finishing up World Cup qualification, then perhaps Ireland or Armenia will have an open spot on their calendars.

Wales, who will play the winner of Ukraine-Scotland, is in a Nations League group with Belgium, Netherlands and Poland. All three of these teams will play in Qatar and it would be massive if the U.S. could play a friendly against any of those three. I imagine Poland would enjoy a taste of Concacaf seeing as the Poles are in a group with Mexico.

All we can do now is watch two games vs. El Salvador and Grenada and wait to see who is available in the coming months and willing to play against the USMNT.