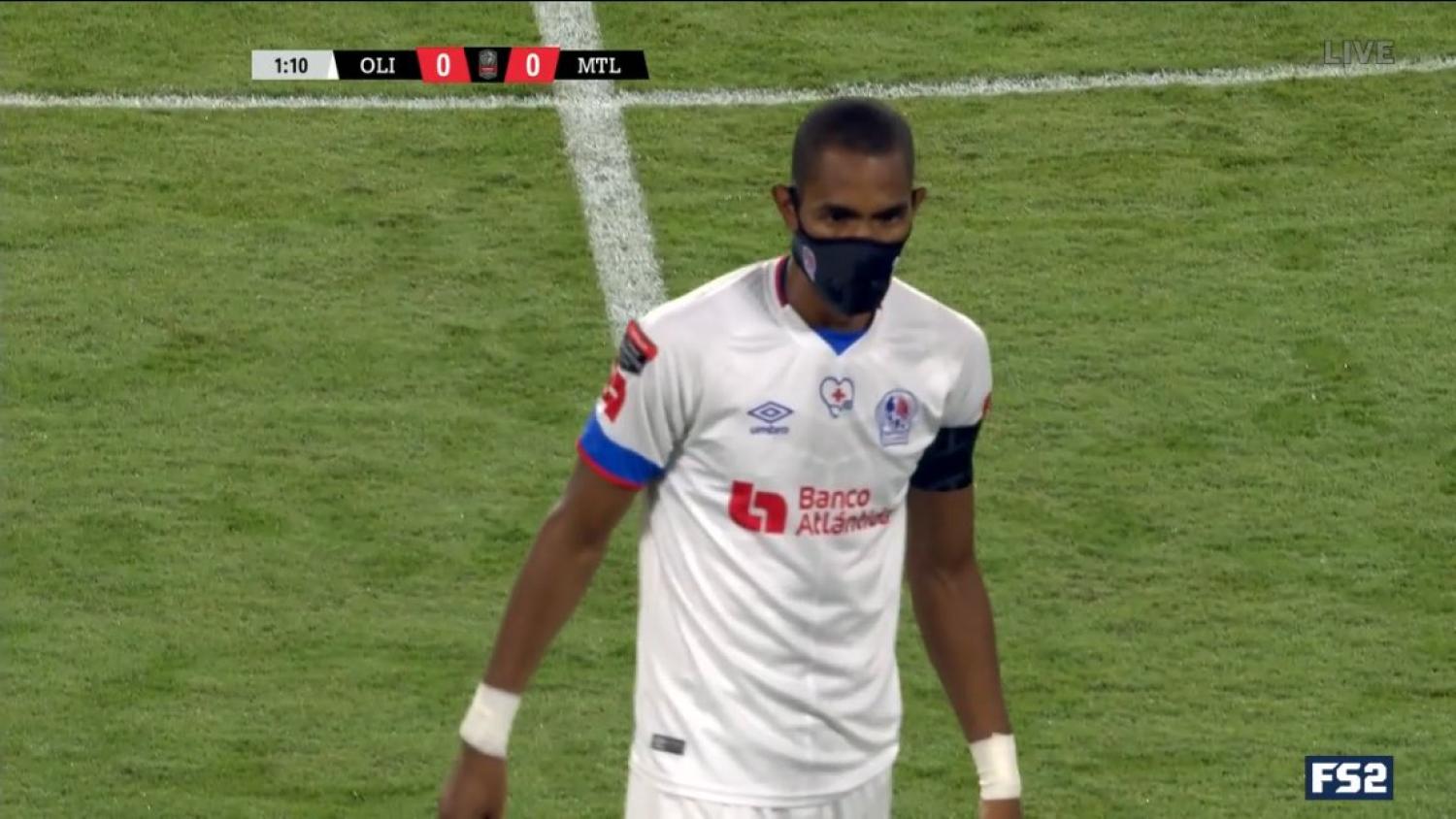 History is always made in the Concacaf Champions League. Always.
@benwright | Twitter

The 2020 Concacaf Champions League resumed last night with leg two of Olimpia versus Montreal — 280 days after the Honduran side had disappointed 23,000 fans inside the Impact’s Olympic Stadium by snatching a crucial 2-1 road win.

Despite having to play the return leg at Exploria Stadium in Orlando — where the remainder of the competition will be staged — Olimpia advanced on away goals after Montreal could only find one through Amar Sejdič.

Thierry Henry is out; Olimpia plays Tigres in the semifinals on Saturday.

One of the sights of the match was Olimpia captain Jerry Bengtson — already a legend of the Concacaf region — wearing a mask for the entirety of his 76 minutes on the pitch. The 33-year-old was held off the scoresheet, although he did notch one of the away goals back in March.

According to CBS, Bengtson is now the first player to wear a face mask during a professional football match. The only person to come close to matching that record is The18’s very own David Moore, who wore a mask during amateur hour.

Jerry Bengtson, Olimpia's captain, is the first player to wear a face mask during a professional football match.

He wore it for a full 90 minutes last night in the CONCACAF Champions League QF against Montreal Impact.

He does it to protect his family, per local reports. pic.twitter.com/tmJWIPTAV8

According to Ángeles Corchado of AS, Bengtson wears the mask to lower his chances of catching the coronavirus and to keep his family safe. It’s a sound move in Florida, where total cases has reached 1.14 million and deaths have surpassed 20,000.

“It’s weird because he’s the only player on the squad and in the championship who plays with a mask,” said Olimpia manager Pedro Proglio. “It doesn’t bother him and he’s also scoring goals.”

Bengtson himself once played in MLS. After leading La Liga Nacional de Honduras in scoring for three straight seasons, the New England Revolution signed him as a Designated Player in 2012. That didn’t work out — he scored four goals in 36 games — but he’d haunt the U.S. again at the international level by scoring the game-winner for Honduras during World Cup qualifying.

This game had some great goals.

His 21 international goals puts him seventh all-time for los Catrachos. He’s always been a Concacaf legend, but now Jerry Bengtson has his name in the history books.