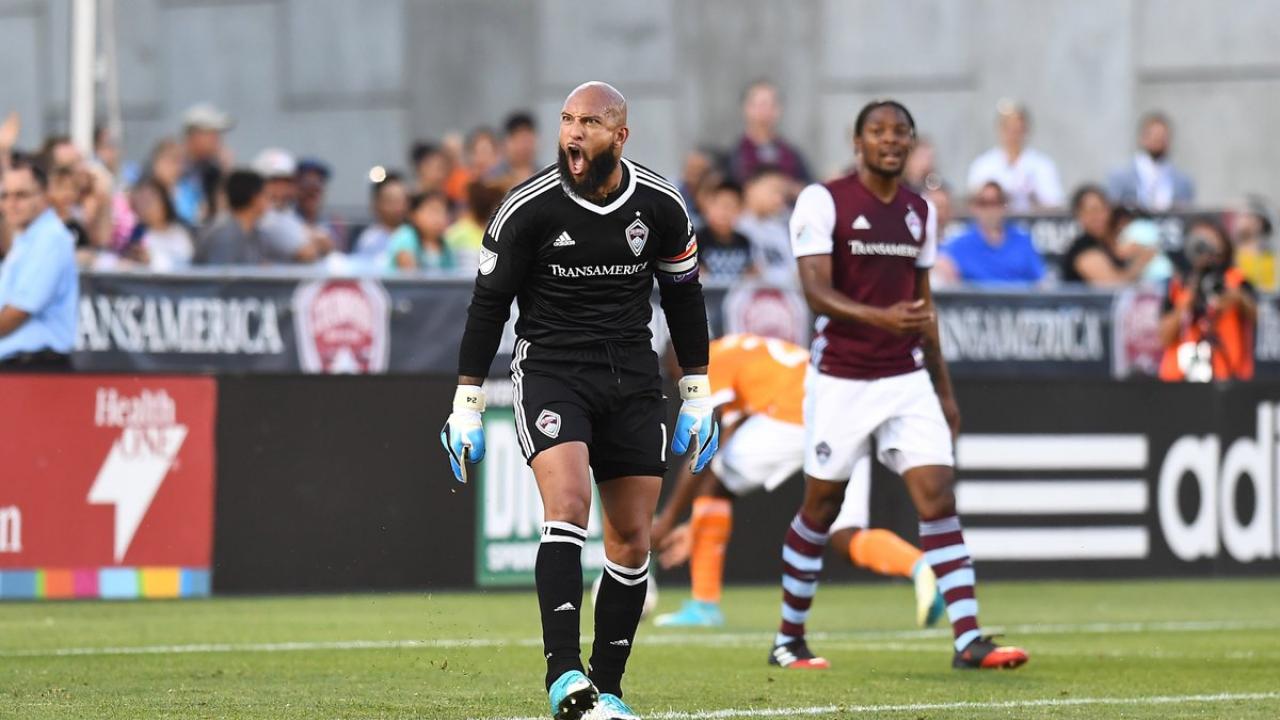 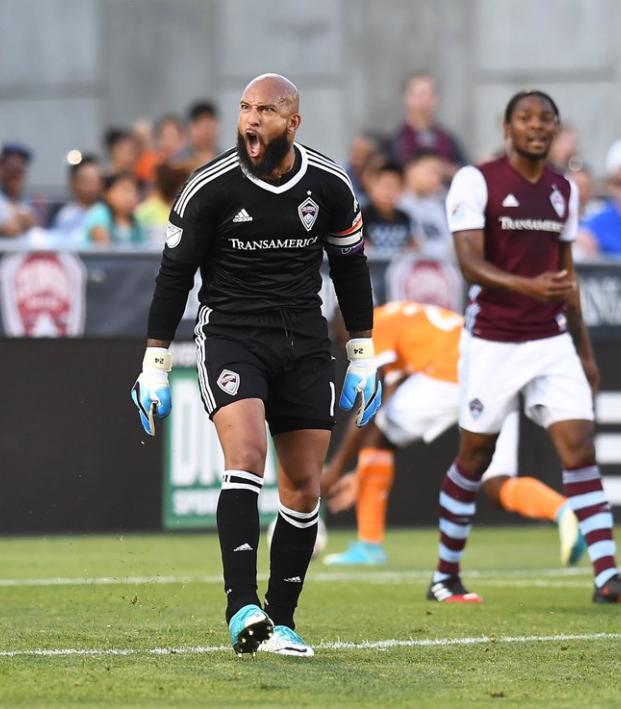 Major League Soccer is home to some miserable road teams, with four squads failing to win a single away fixture about halfway through the season.

Two of those sides met Saturday night in Denver. Marlon Hairston scored twice and Tim Howard came up with some big saves as the Rapids beat the Dynamo 3-1, leaving Houston 0-7-2 on the road.

Houston, Minnesota and Colorado all have seven road losses without a win, though the former two have both drawn twice. New England is 0-6-3 away from home.

The Rapids maintained their mark as the worst team on the road at 0-7-0, though they managed to pull themselves off the bottom of the MLS standings.

The Dynamo entered the match in fourth place in the West thanks to an unbeaten mark at home. They continued their woes away from BBVA Compass Stadium despite Erick Torres scoring his 12th goal of the season.

The Rapids tore the Dynamo defense apart three times while Howard had six saves, including this beauty late in the first half.

Colorado opened the scoring with Kevin Doyle getting on the end of a cross from Dominique Badji in the 21st minute.

Cubo equalized in the fifth minute of first-half stoppage time by getting on the end of a cross from A.J. DeLaGarza. Of Torres’ 12 goals this year, this was his third away from home.

But it was all Rapids in the second half.

Three minutes into the second half, Badji beat Houston goalie Joe Willis following a nice through ball from Doyle and sent the ball across goal for Marlon Hairston to tap in with no Dynamo defenders in sight.

.@HoustonDynamo may want to get some faster defenders @dbadji14 with the turbo boost cheat code  pic.twitter.com/3x0DbG0q6t

The Dynamo D was in disarray again when Hairston put the game away with his second goal, with Doyle supplying the helper in the 69th minute.

These two can't be stopped.

So the Rapids jumped off the bottom of the standings but missed an opportunity to decrease the competition for worst road team in the league.