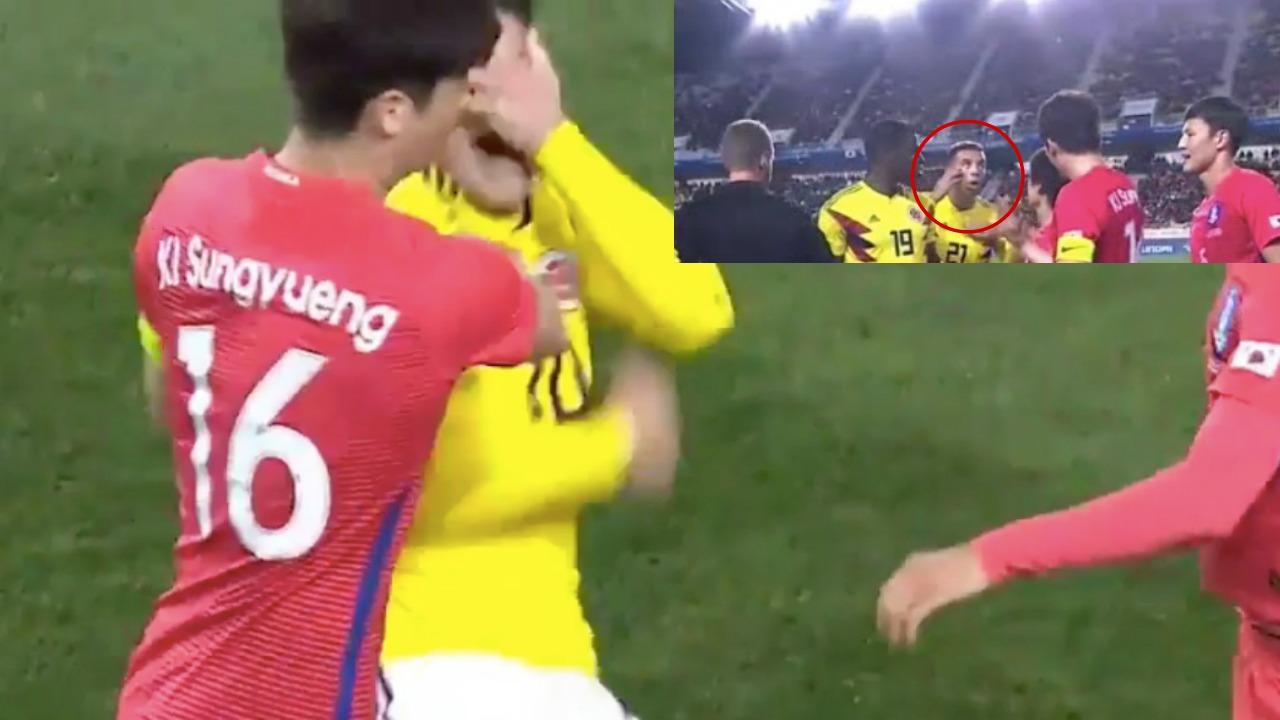 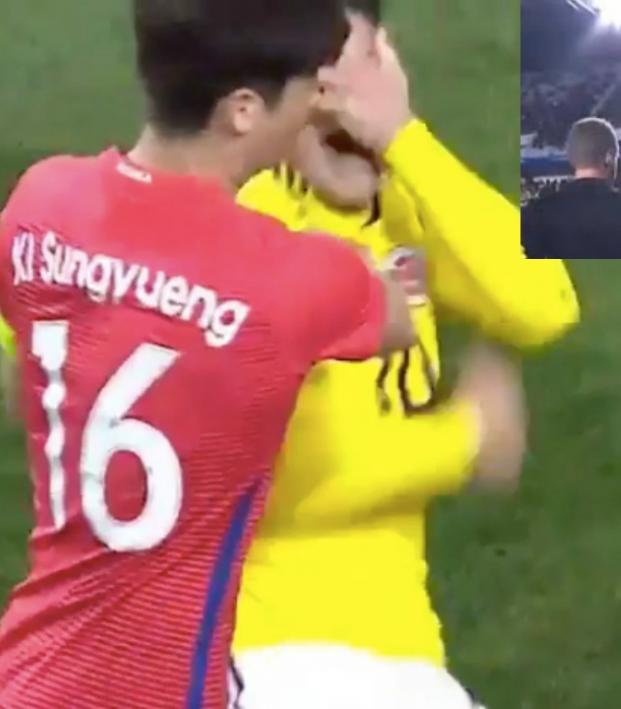 A friendly between 2018 World Cup participants South Korea and Colombia in Suwon reached utterly deplorable levels in the 62nd minute with the Koreans leading 2-0 following a brace from Tottenham forward Son Heung-Min.

Colombian star James Rodriguez was at the center of the unpleasantness when he very knowingly and very obviously kicked Jin-Su Kim while feigning an attempt at controlling the ball. The contact might’ve been minimal, but James then proceeded to drag Kim off the ground.

The Korean left back responded by waving the Bayern Munich players’ arms away. James screamed, clutched his face and collapsed on the ground. It might be the worst dive of 2017.

Kim then went back on the ground and pretended to fall asleep, evidently worried that the referee would be fooled by James’ theatrics. In the ensuing fracas between players of both nations, Edwin Cardona made a racist gesture at Korea’s Chul-soon Choi (0:45 in the video below).

The referee took no action on the pitch, but if FIFA has any sense whatsoever, Cardona will receive a lengthy ban that’ll last through the World Cup. 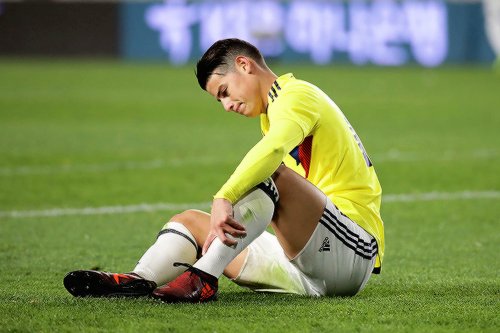