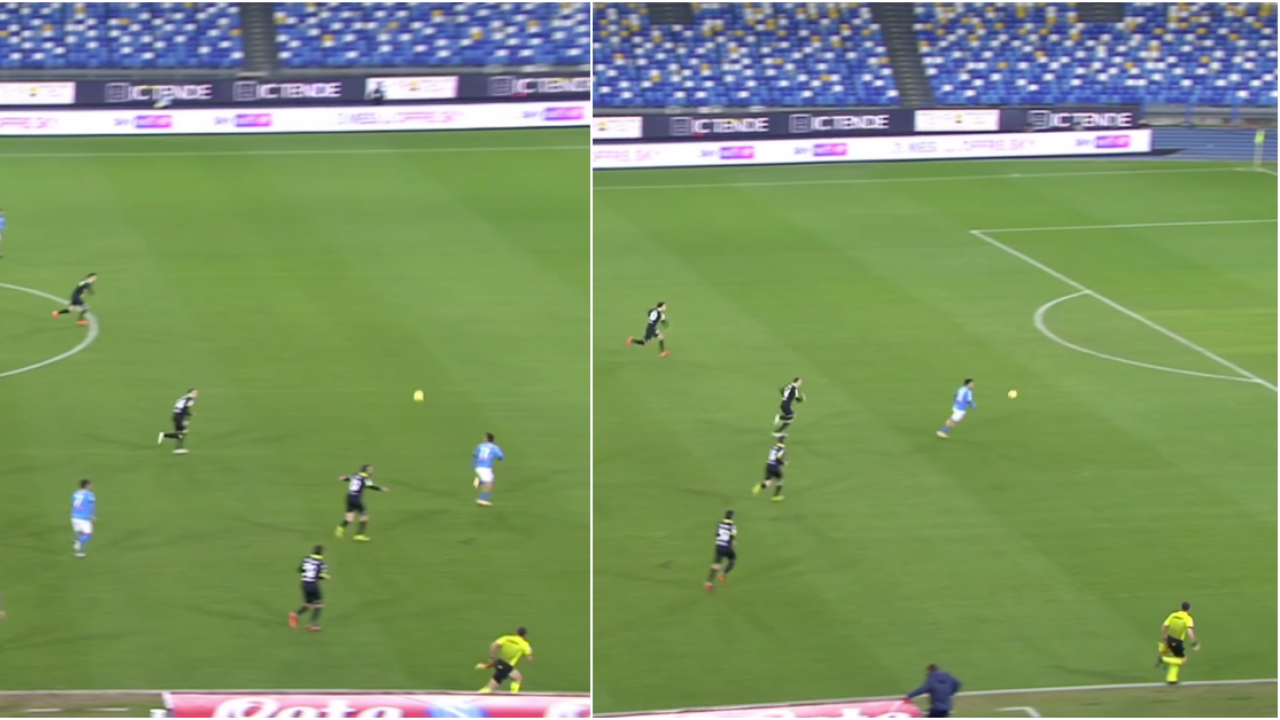 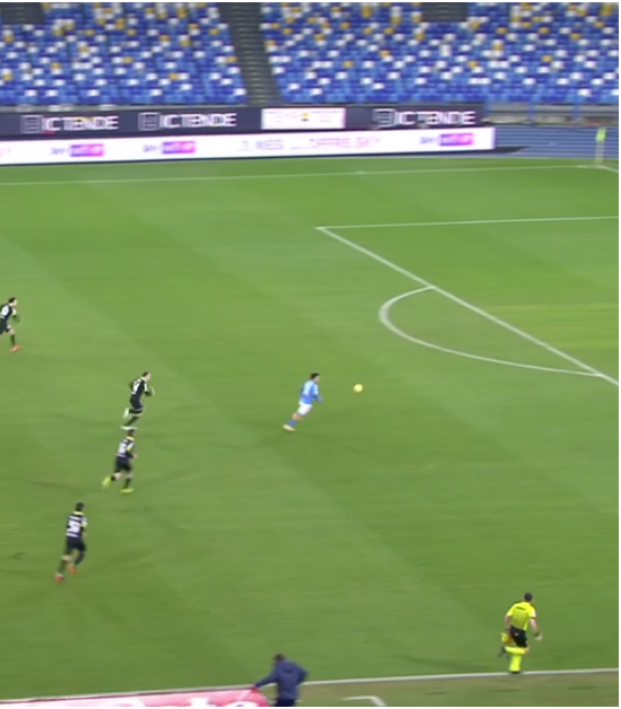 Travis Yoesting January 28, 2021
Hirving Lozano scored his 12th goal of the season thanks to some really awful defending.

Napoli cruised into the Coppa Italia semifinals with a 4-2 win over Spezia on Thursday, taking a 4-0 lead into halftime. The Chucky Lozano goal vs Spezia pretty much summed up the first half for the Serie A newcomers.

Kalidou Koulibaly opened the scoring with a cheeky backheel in the fifth minute after Spezia’s defense simply gave up on the play.

It was merely a sign of things to come for the Little Eagles.

Lozano scored his team-leading 12th goal of the season in the 20th minute when Spezia seemingly forgot he was on the pitch. Diego Demme volleyed a ball over the top of the Spezia back line, which just watched as Chucky ran onto the ball for an easy goal.

Even if Spezia players thought Lozano was offside (he wasn’t), they should’ve played to the whistle instead of leaving keeper Titas Krapikas out to dry.

But the back line didn’t learn its lesson, and eight minutes later Matteo Politano scored thanks to pathetic offside trap attempt.

But don’t worry, we’re not done torching the Spezia defense, because neither was Napoli.

In the 40th minute, Lorenzo Insigne was allowed to carry the ball about 70 yards before he found a wide open Eljif Elmas to make it 4-0.

There was a time when Serie A defenses were the best in the world. This is no such time.

To be fair to Spezia, it was the third of three teams promoted to Serie A for this season, its first ever in the top flight. But they’re currently 15th in the league, looking like they might actually stay up.

And Spezia did rally with two goals in three minutes in the second half, but that was after Lozano was taken out at halftime and Gennaro Gattuso had made two other changes.

Napoli will face Atalanta in a two-legged semifinal series Feb. 3 and 10. Juventus and Inter Milan play in the other semifinal.