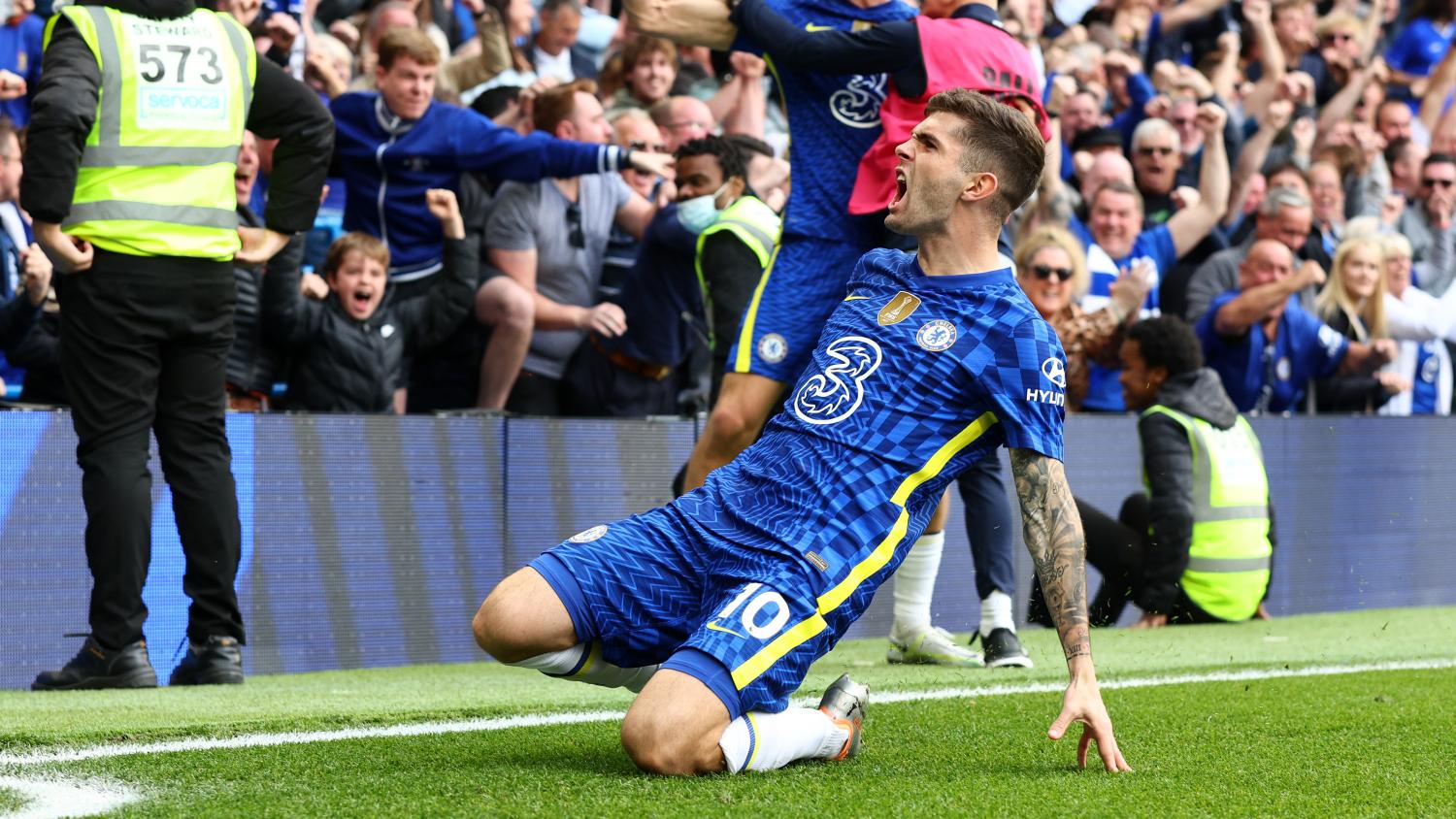 The Blues beat West Ham 1-0 to increase their stranglehold on third-place.
Getty Images

With Chelsea going through the motions until the FA Cup final and West Ham fully focused on Thursday's Europa League semifinal against Eintracht Frankfurt, the two clubs combined to play 85 minutes of entirely forgettable Premier League football on Sunday.

Christian Pulisic, having not started a PL match since Mar. 5 and after failing to get off the bench against Arsenal last Wednesday, was thankfully inserted in the 76th-minute as part of a triple change that also brought on Hakim Ziyech and Romelu Lukaku.

Less than 10 minutes after coming on, Lukaku got the turn on Craig Dawson and was pulled down by the center back, resulting in a straight red card and penalty for Chelsea.

In keeping with the match so far, Jorginho's spot kick was painful to watch.

But in the 90th minute, Mason Mount drove down the left flank before playing Marcos Alonso through to the byline. Alonso angled his cutback to meet Pulisic's run, and the American calmly buried his first-time finish beyond Łukasz Fabiański.

Christian Pulisic comes off the bench and scores a go-ahead goal LATE in the match for Chelsea!

"It feels good to be more secure in the top four," Pulisic told Sky Sports after the match. "We need a win at home and it feels great in front of our fans. We need to finish the season strong. Some good league games and then a final. I needed to come in and make a difference and show I want to be playing."

Chelsea increases its stranglehold on third-place with the win and returns to action Thursday against the horror show that is Manchester United. West Ham remains seventh and its Eintracht at London Stadium next.