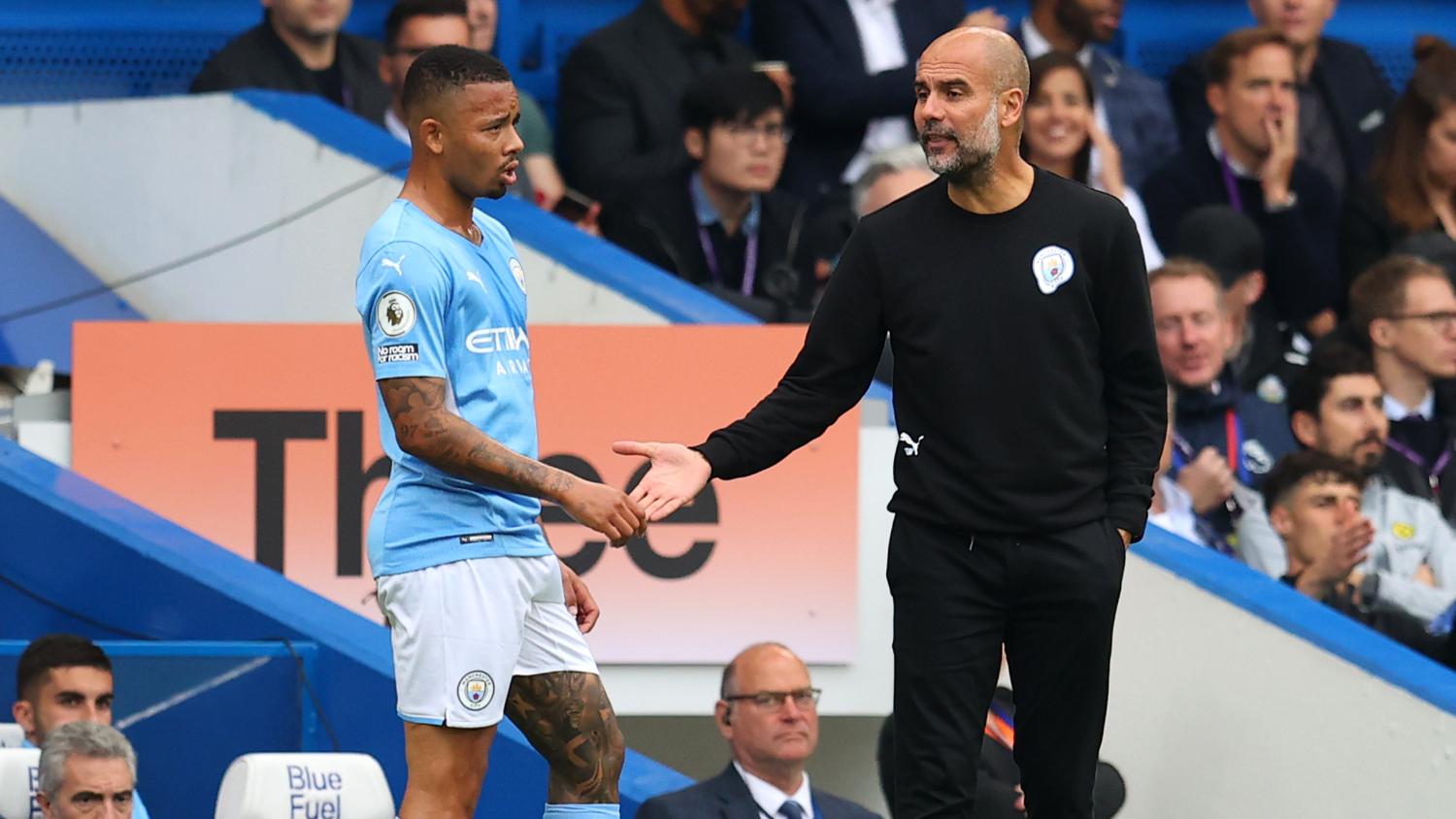 Gabriel Jesus supplied the only goal as Manchester City edged Chelsea 1-0 for a measure of revenge.
Getty Images

LONDON — An second-half goal from Gabriel Jesus earned Premier League champions Manchester City a deserved 1-0 win over Chelsea on Saturday and inflicted a first defeat of the season on Thomas Tuchel's side.

Jesus pushed the ball home with a deflection off Jorginho after a goalmouth melee in the 53rd minute following City's 10th corner of the game. It was the game's first shot on target.

The goal sparked the match into life, forcing Chelsea to attack, after a first half of intense pressure from City and attritional defending from the home side.

It was Jesus' 52nd goal for City and they have never lost a Premier League game in which he has scored.

"We prepared to play well," he told BT Sport. "We came to play against one of the best teams in Europe. They play so good and have a lot of amazing players. We knew it was going to be difficult for us...

"Sometimes we don’t play well, but if we suffer a little bit we can attack. We have a lot of top players to create chances and try to score goals."

The victory also broke a three-match losing streak for the Manchester side against Chelsea, the most recent in the Champions League final in Porto in May.

The visitors had pressed Chelsea from the outset and enjoying 70 percet possession in the first half with Kevin de Bruyne, Jack Grealish and Phil Foden buzzing round Chelsea's area.

There were chances for Grealish in particular to get on the scoresheet as the game opened up, but his attempts flew wide or were blocked by well-timed interventions from Chelsea keeper Edouard Mendy.

At the other end Timo Werner and Marcos Alonso had chances, and Ederson had his share of goalkeeping duties to keep out crosses from Cesar Azpilicueta and snuffing out goalmouth challenges.

"We’re disappointed with the result," Azpilicueta said. "It was not our best performance. Especially in the first half it was hard to get out. We didn’t create chances and lost the ball too easily. After the goal we had a good reaction, but it was not enough to get something from the game."

City climbed to second in the table, level on 13 points with third-placed Chelsea.