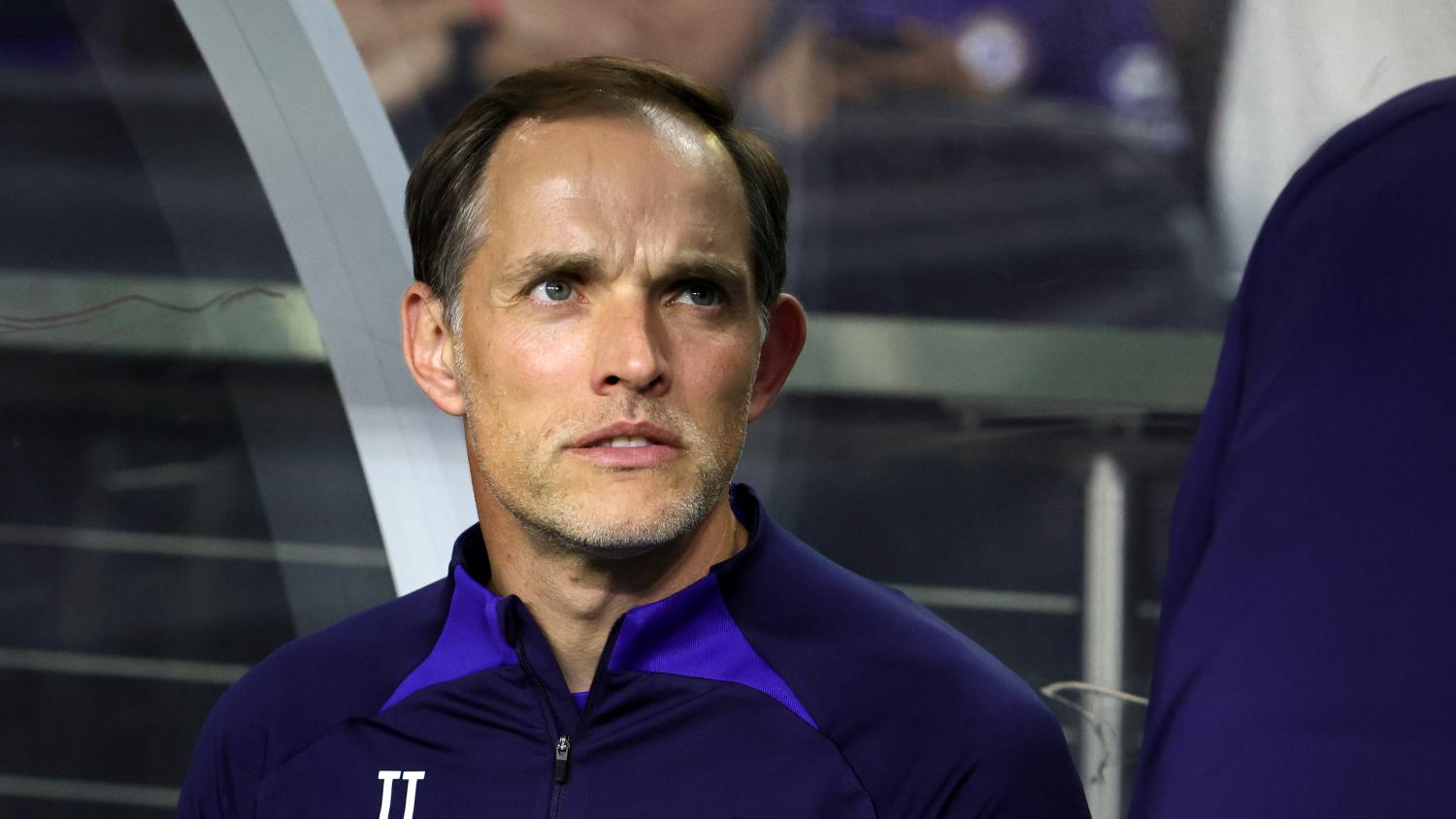 The Blues lost 4-0 to Arsenal on Saturday and Tuchel was in no mood to sugercoat things.
Getty Images

Chelsea manager Thomas Tuchel said he was worried about his team's progress and concerned by his players' lack of commitment during their preseason tour of the United States after they slipped to a 4-0 defeat to Arsenal in Florida on Saturday.

Gabriel Jesus, Martin Ødegaard, Bukayo Saka and Albert Sambi Lokonga scored in a comfortable win at Orlando's Camping World Stadium as Arsenal rounded off their U.S. tour by winning all three of their matches.

"We were simply not competitive," Tuchel told reporters. "The worrying part is that the level of commitment physically and mentally for this match was far higher for Arsenal than for us.

"It was surely not our strongest line-up. This is a part of an explanation but only a little part... I cannot guarantee we will be ready in two weeks," he added, referring to Chelsea's Premier League opener at Everton on Aug. 6.

Chelsea beat Mexican side Club América and lost to Major League Soccer team Charlotte FC on penalties in their previous preseason friendlies in the States.

"I don't know if I ever lost a match in preseason 4-0. I can't remember not winning two matches in a row in preseason," Tuchel said. "I am superstitious but not in a way that I say bad preseason has to mean a bad season."

Following a takeover led by Todd Boehly, Chelsea have brought in Raheem Sterling and Kalidou Koulibaly but Tuchel added the team's preseason results had proven him right about the need for more additions to the squad.

"Unfortunately, it proved my point and the last week proves my point," Tuchel said. "I feel I was right when I look at the last season and at the parts of the game where we struggled and how we struggled. We got sanctioned and players left us, we know that some players are trying to leave us, and this is where it is. We had an urgent appeal for quality players and a huge amount of quality players. We've got two quality players — that is no doubt — but we are not competitive like this and unfortunately, we could see it today."

Arsenal's new Brazilian striker Jesus scored his fourth preseason goal but was withdrawn from the match after picking up an injury.

"He got a knock on his quad in the first half and he wasn't feeling very comfortable," Arsenal manager Mikel Arteta said. "We decided not to take any risks today."

(Reporting by Hritika Sharma in Hyderabad; Editing by William Mallard)