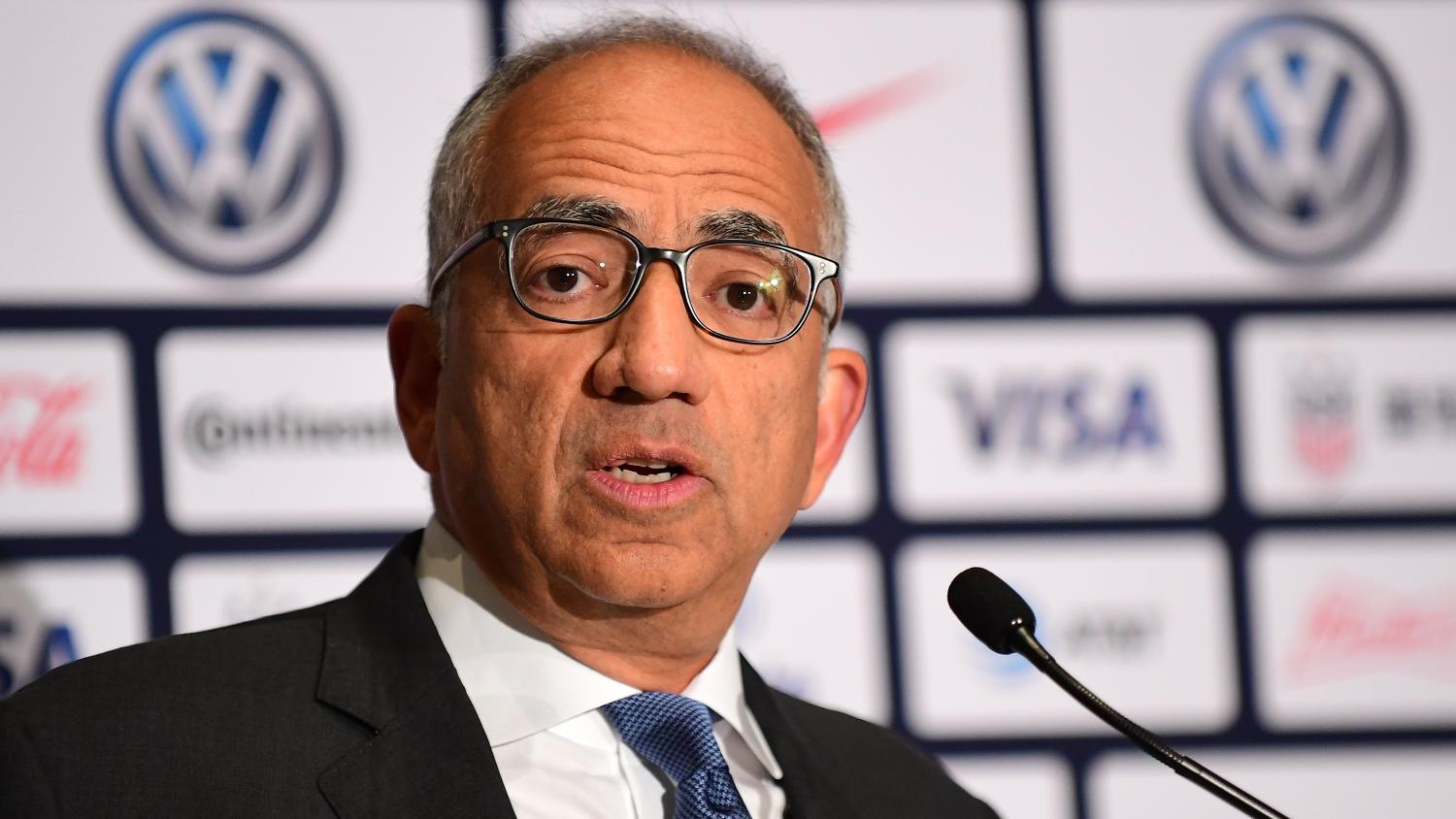 USSF president Carlos Cordeiro stepped down after his organization's lawyers made demeaning arguments about the USWNT.
Getty Images

U.S. Soccer President Carlos Cordeiro resigned on Thursday after taking responsibility for language in a federation court filing that "caused great offense and pain" and prompted an on-field protest by the national women's team.

The women's team sued the national federation for gender discrimination just over a year ago in a lawsuit that included complaints about wages and working conditions.

A trial date has been set for May 5 after talks between the two parties broke down.

The federation's court filing said men's national team players had a greater level of responsibility than the women and that their job "requires a higher level of skill based on speed and strength."

Cordeiro, a 13-year veteran of the federation who became president in 2018, said it was clear after a discussion with the board of directors that a new direction was needed.

"The arguments and language contained in this week's legal filing caused great offense and pain, especially to our extraordinary Women's National Team players who deserve better," he said in a statement.

"It was unacceptable and inexcusable. I did not have the opportunity to fully review the filing in its entirety before it was submitted, and I take responsibility for not doing so.

"Had I done so, I would have objected to language that did not reflect my personal admiration for our women's players or our values as an organization."

The language prompted an on-field protest by players, who wore their warmup jerseys inside out to obscure the U.S. Soccer logo prior to a game on Wednesday, and a critical response from several of the team's commercial sponsors.

"While it is gratifying that there has been such a deafening outcry against USSF's blatant misogyny, the sexist culture and policies overseen by Carlos Cordeiro have been approved for years by the board of directors of USSF," said Molly Levinson, a spokesperson for the players.

"This institution must change and support and pay women players equally."