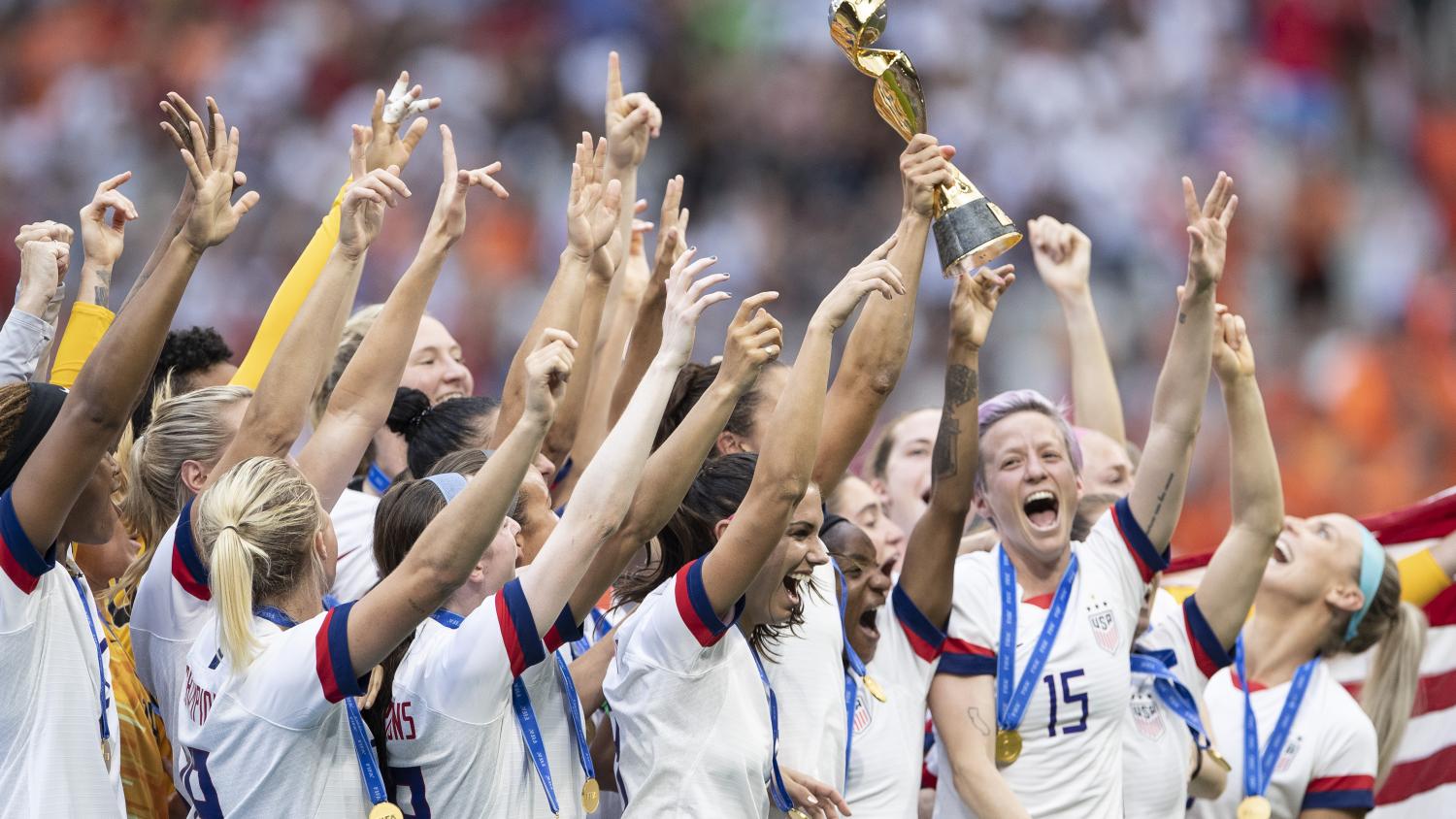 The latest filings in the USWNT’s lawsuit against the USSF had some startling revelations.
Getty Images

The U.S. Soccer Federation is doing everything in its power to avoid paying the U.S. women’s national team more money. Now it appears the non-profit that runs soccer in America is willing to lose whatever integrity it has left to win the lawsuit levied against it by the USWNT.

There’s a lot to unpack in the filings, and Sports Illustrated legal analyst Michael McCann has a comprehensive explanation of what all went down this week. So instead of repeating what McCann, who is an attorney, broke down, we want to highlight the reasons U.S. Soccer is giving for paying the USWNT less. (Even if the SI.com website is a pain in the ass to use, if you want a deep dive into the filings, you should read McCann’s piece.)

Recently, we thought U.S. Soccer reached a nadir in public perception when the USMNT players union spoke out against the USSF’s gender discrimination, even if those statements could be seen as the USMNT complaining that the discrimination was affecting them. But it became clear this week the USSF could go lower.

Why USWNT Is Paid Less

The average American will look at the USWNT’s lawsuit, wherein the best soccer team in the world is asking for equal pay, and wonder why U.S. Soccer, a non-profit, doesn’t just pay the women more money. While that certainly makes sense, anyone who has ever gone through a divorce — or at least watched “Marriage Story” on Netflix — can attest to the nastiness involved in court proceedings.

U.S. Soccer is taking things to a new level in its defense of not paying the USWNT equal to the USMNT.

The USSF’s filing to dismiss the lawsuit, under the section titled “U.S. Soccer has not engaged in pay discrimination,” tries to use the USWNT players’ words against them to argue the USWNT and USMNT shouldn’t be required to be paid equally. Why? Because men are stronger and women are weaker.

Subsection C. (“Plaintiffs and MNT Players Do Not Perform Equal Work on Jobs Requiring Equal Skill, Effort, and Responsibility Under Similar Working Conditions”) is particularly insulting. Essentially, it outlines how the women’s players wouldn’t be able to beat the best men’s teams in the world, so they are therefore unequal.

“The WNT and the MNT play in fundamentally different worlds, and the WNT has been paid more than the MNT based on the results of their own contract negotiations and their own on-field play within their own separate realm of competition. Meanwhile, Plaintiffs do not contend that they would have had the same on-field success if they had played in the MNT’s world instead of their own. U.S. Soccer is entitled to summary judgment because the WNT and the MNT perform substantially different work.”

The USSF lawyers go on to say the USMNT and USWNT “play in completely separate universes of international competition.” The argument goes that the men play matches in a greater variety of locales, in different locations and watched by more people (even though the U.S. didn’t qualify for the 2018 World Cup). The filing points out the Concacaf process for World Cup qualifying is much longer than that for the women, who play all their matches at home.

“In short, as a matter of undisputed fact, the two teams play in different worlds, which is not the province of the pay discrimination laws,” the filing states.

But that’s merely a set-up for the most disgusting part of the filing.

Brian Stolzenbach, the lawyer who wrote the filing for U.S. Soccer, argues men are superior to women on the pitch, so they can’t possibly deserve equal pay. Yes, the USSF went there.

“It must also be acknowledged that senior men’s and women’s international soccer require different levels of certain fundamental physical skills central to the game (e.g., speed and strength), which is why FIFA requires separate-sex teams in the first place, and no one is arguing that this sex-based separation, which is designed to ensure women a fair opportunity to play and compete, is unlawful (which it would be in almost any other circumstance).”

“So too, here, the substantially different physical requirements of playing soccer for the WNT versus MNT — which Plaintiffs do not dispute — defeat Plaintiffs’ claims that they are engaged in equal work requiring equal skill under the law. As Plaintiff Carli Lloyd concedes, ‘It’s a different game’ because ‘men are bigger, stronger, faster,’ and ‘(w)e often play against U(nder) 16 boys teams and that is about as old as we can go.’”

“The fact that playing for the MNT requires a different level of speed and strength, the fact that the WNT and MNT never play against the same opponents, and the fact that they play in a completely separate set of competitions are not merely technical differences. Rather, these undisputed facts go to the core of Plaintiffs’ claim. This is not a case in which the employer paid women less than men for performing the same work.”

These are pretty bold statements to make, that women are so physically inferior that they don’t deserve what men have, even if you accept that men, on average, are stronger than women, which is hard to quantify.

We’re not lawyers; we don’t know if these arguments will hold up in court. What we do know is that by making these arguments, U.S. Soccer is potentially alienating at least half of its fan and player base. As Kim McCauley put it on SB Nation: “It appears that (U.S. Soccer is) ready to argue that the USWNT deserve less money because women are inherently worse at sports than men.”

None of these court statements will endear U.S. Soccer — a non-profit tasked at growing and developing the beautiful game at all levels in the country — to Americans who appreciate women’s football.

There is so much more to these filings on both sides that is worth delving into, so again, we suggest you read McCann’s article for all of the arguments, including those made by the USWNT players.

But it’s worth noting how the lawyers for U.S. Soccer are going about defending the Federation’s actions in refusing to pay the USWNT more.

Does this necessarily reflect the views of everyone at U.S. Soccer? Of course not. But by allowing the lawyers to take the low road like this, the U.S. Soccer Federation is continuing the shocking deterioration of its public perception.