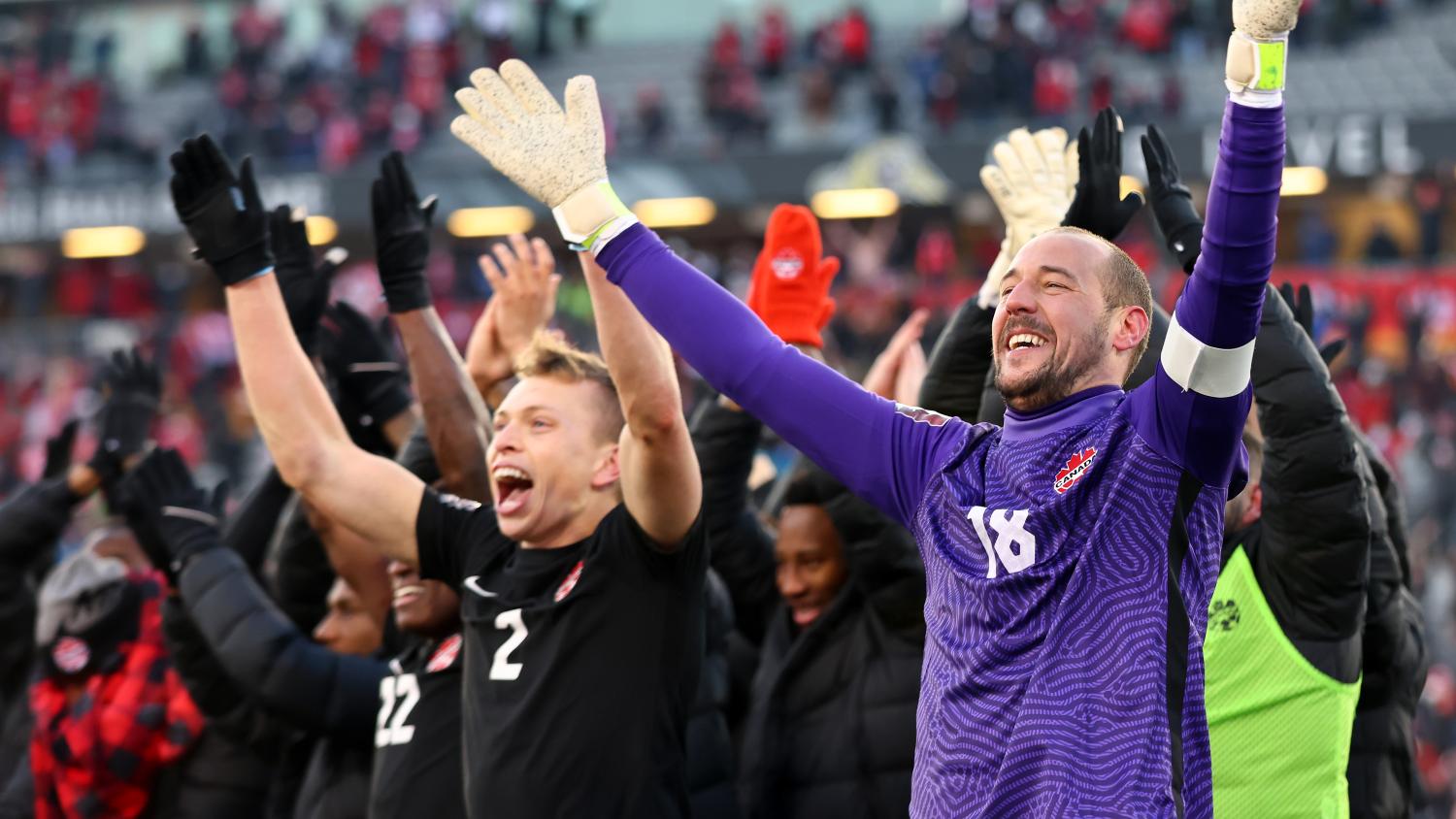 Canada can reach the World Cup for the first time since 1986 by beating Costa Rica on Thursday, a result that would aid the U.S. in its quest to qualify as well.
Getty Images

TORONTO — Canada can complete phase one of a remarkable rebuild when they visit Costa Rica in a World Cup qualifier on Thursday knowing a victory would see the country secure a place at the global showcase for the second time.

Only once have they qualified for the World Cup - in 1986 when they lost all three group games and failed to score.

The nearly four decades since have been filled with cringe-worthy displays and epic failures.

But with three matches remaining in qualifying, Canada sit unbeaten atop the Concacaf standings with a four-point cushion over regional powerhouses Mexico and the United States.

The top three automatically earn spots in November's World Cup in Qatar with the fourth-place finisher facing an Oceania team in an intercontinental playoff for another berth.

Remember where everybody left off en route to Qatar ? We are getting ready for an action-packed week of #CWCQ soccer ⚽
-
¿Recuerdan dónde nos quedamos? Hay más acción de #CWCQ esta semana ⚽ pic.twitter.com/KN1IoJZAkf

With a win in San José on Thursday Canada will achieve their prime goal of securing a place at the finalsr but for head coach John Herdman that would be just another step towards a greater objective — establishing the country as a soccer nation. (It would also help give the U.S. and Mexico a bit of breathing room in the qualifying process.)

"When we first got together as a group it was pretty clear that we wanted to pioneer in so many ways and I think part of that was creating a new Canada as a football nation," he said in a virtual news conference on Tuesday.

"We know qualifying for a World Cup is the most important part of that but there are other things, other goals that are important to us.

"It comes back to one game at a time. We have Costa Rica sitting right in front of us. That match is everything in this moment."

We are chasing history.
The rest are chasing us. #CANMNT #WCQ #ForCanada pic.twitter.com/jYUUXSUWb8

After a successful run with Canada's national women's team, guiding them to bronze medals at the 2012 and 2016 Olympics, Herdman moved to the men's programme with an eye towards putting together a competitive squad for the 2026 World Cup that Canada will co-host with the United States and Mexico.

But what was expected to be a tedious rebuild has been fast-tracked by Herdman's young squad, led by Bayern Munich winger Alphonso Davies, producing an attractive brand of attacking football that has lifted Canada to a FIFA best world ranking of 33.

Canada have made their final push to Qatar without Davies, who has been sidelined since January with the heart condition myocarditis and will sit out the team's final three contests in Costa Rica, against Jamaica on Sunday in Toronto and away to Panama next Wednesday.

Team depth and a next man up approach have kept Canada (7-4-0) unbeaten but the players, perhaps haunted by 36 years of gaffes — like in 2012 when an 8-1 thrashing by Honduras ended their World Cup hopes even before the final regional qualifying stage — are not looking beyond Thursday's game with Costa Rica.

Win and we’re in. A draw or loss could also see Canada qualify for the FIFA World Cup on Thursday, but ultimately we are in control of our own destiny and the goal is clear. #CANMNT #ForCanada #WCQ pic.twitter.com/AHuK1ko1OS

"It makes one huge statement qualifying, it makes a bigger statement coming in first in our group." said midfielder Liam Fraser. "It's fair to say for a long time Concacaf and other regions have definitely written us off so for us to top the group and make that statement as the best team is huge.

"It (qualifying) is in the back of our mind a little bit but until we cross that line and we can say that we're qualified and we top the group we haven't accomplished anything yet."

It is a battle-tested group heading to San Jose, with Canada forced to take the long road to Qatar having travelled through the Concacaf first round against other second-tier countries like the Cayman Islands and Bermuda to reach final qualifying.

"It's been 17 games now on this journey and three left to go so it will be more growing in these three games," said Herdman.

"This is probably the toughest schedule in terms of heading into Costa Rica in a must-win match for them, at altitude and heat, back to Canada against a team like Jamaica with their quality who can play free without the burden of qualifying and then we're off to Panama which will be another must-win game.

"But that's what you get out of bed for, it's what we've hoped for that we play in these types of matches and just keep writing new chapters in this story."

(Reporting by Steve Keating in Toronto; Editing By Ken Ferris)